The music / Comments / The Write Stuff 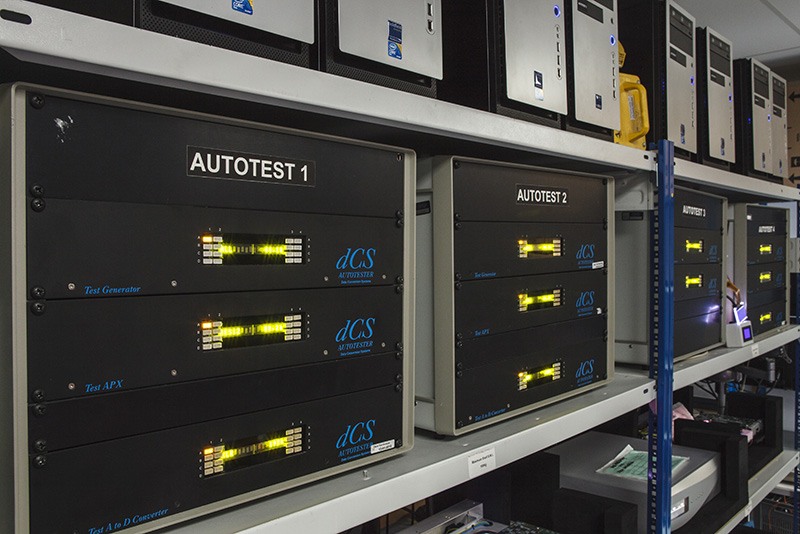 Seventy years ago, Peter Goldmark and Howard H. Scott were putting the finishing touches to the Long Playing record, the new music storage format that was to be unveiled by Columbia records in 1948. Hi-fi was in its infancy, but this heralded the start of its golden age – one that stretched right up to the late nineteen eighties, propelled by Compact Disc launched in 1982. Of course, the industry is still going great guns, but is a more globalised and diverse one now, and less in the media spotlight as the world’s press obsesses on smartphones and associated gadgets – none of which were available when consumer audio reigned supreme.

As with all history, the danger is that we take it for granted. The twenty first century world – although still highly imperfect – is a far safer and nicer place than the one of a hundred years ago for example, thanks to massive advances in science and medicine. Hi-fi too didn’t just magically arrive in this place, it too was the result of great struggles over many decades. It is now cheaper and more accessible than ever, and to all intents and purposes, so much better too. Developments in analogue audio, and then digital, have brought sources to ever higher planes, amplifiers have improved and loudspeakers have used high tech materials and powerful computer design packages to raise their game also.

Fifty years or so ago, the pursuit of audio perfection was popular enough to deserve its own magazine – and in the United Kingdom, Hi-Fi News was the first. The reviewers of that generation were radically different to now – largely electronics engineers of one sort or another, they all possessed measuring equipment of their own, and produced basic measurements showing how products performed. In an age when loudspeaker power handling was very low, for example, it really mattered whether a new design could take 10 watts or 30 before it began to distort. Likewise, these were the early days of transistor amplifiers; arguably it wasn’t until Quad’s award-winning 303 power amplifier in 1967 that the technology finally became consistent and reliable. Back then, power was expensive and readers really needed to know if an amplifier in question could make 10 watts without descending into catastrophic clipping.

Indeed, in those days, manufacturers very much sold their products on their measured performance. It was seen as something that clearly demonstrated how one product was superior to another. By the mid nineteen seventies, Japanese manufacturers were posting the wow and flutter figures of their direct-drive turntables up in big letters, at the top of glossy double-page magazine advertisements. The assumption was that if it measured well, it automatically sounded good. Likewise, the hi-fi journalists of the day believed that measurements were in some way immutable, and couldn’t be questioned. Magazine reviews from that period would spend two pages discussing the relative merits of an amplifier’s bandwidth, power output, distortion characteristics and noise, only to close the review with a sentence or two to the effect that, “this unit performed well on subjective listening, with a pleasing sound…”

Suddenly though, in the late nineteen seventies, a new type of journalism appeared in the UK – what has come to be called ‘subjectivism’. A new generation of reviewers who were more likely to have worked in retail selling the products, rather than in engineering measuring them, began to take control of the magazines. They got far deeper into the sound of different products, and paid far less attention to their measurements. Indeed, some seemed to relish declaring that a product that measured well didn’t sound as good as one that didn’t score so highly in laboratory tests. At the same time, this movement began to assert that cables had their own sound – something that enraged many audio engineers of the day, and continues to do so today! Rather like Punk Rock turned the music industry upside down, so too did this new generation of typewriter-toting hi-fi gunslingers…

These days, it’s well known that conventional measurements do not solely determine the sound of a product. There’s a sense that we now know that we can’t measure some aspects of a product’s performance, or at least correlate it reliably with sonics. That’s not to say though that technical measurements don’t matter – far from it. They do underpin the performance of everything, and the trick is understanding how to read them. dCS actually wrote a paper on this which you can read here.

To summarise, at dCS all products are designed from the outset with various technical performance targets. The technology that makes up the product is then meticulously measured and analysed at every stage. In parallel to this stage-gate development and measurement approach dCS technology is subjectively auditioned.

For example our engineers know that better crosstalk numbers lead to better image separation and better linearity leads to more resolution. The challenge for the design team is understanding the findings of the listening tests and how to use this to advance a product for better sonic performance. Arguably, hi-fi is now in a happier place, with its greatest exponents able to combine the best of both worlds.