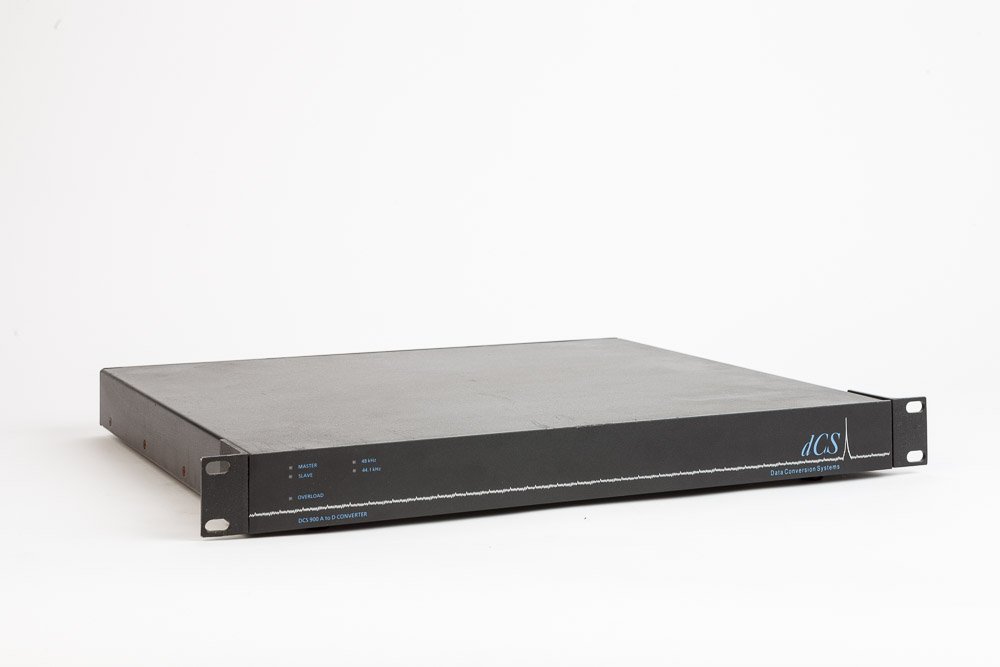 Thirty years ago, the nineteen eighties was at its height. Lethal Weapon and Dirty Dancing were packing cinemas across the western world, Michael Jackson was soaring up the album charts with BAD, and U2 was wowing the rock world with The Joshua Tree. The Simpsons appeared on TV for the first time, and Prozac made its world debut. Reagan, Gorbachev and Thatcher were the world’s leading statespeople, with the latter signing the Single European Act, bring about the formation of the European Union. Many Brits will remember ‘black Monday’ – when billions of Pounds were wiped off the value of stocks – and the ‘great storm’ which laid waste to much of southern England, too.

In the midst of this tumultuous year, a tiny tech start-up appeared in Castle Park, Cambridge. Data Conversion Systems Ltd. was set up to do electronics engineering consultancy work, starting with Ferranti, Marconi Avionics and British Aerospace, developing RAF Harrier and Typhoon radar systems. Since then, dCS has come a very long way – emerging to become one of the formative forces in high end hi-fi, all around the world. No other company can accurately claim to have played such a pivotal role in this development of digital audio as dCS.

Like many great organisations, it was a single individual who stamped his personality and his genius on this one. dCS founder Mike Story was described by those who worked for him as something a firebrand, and a maverick design engineer of the very highest order. Right from the start, dCS worked on advanced mathematical and scientific challenges. It became a key defence contractor with ultra-specialised digital signal processing know-how. “In his technical field,” remembers former dCS Executive Chairman Derek Fuller, “Mike was world class, truly ‘A-star’ material…”

Wanting to study electronics at Oxford, Story was disappointed to find there was no such course offered and so instead chose physics. After a short stint doing a PhD in electrochemistry at Imperial, he decided that electronics was for him, formed a team and got venture capital backing to start dCS. “We were primarily a consultancy, and people would come to us with interesting and challenging problems, and we would attempt to fix them”, explains dCS Technical Director Andy McHarg.

At this time, the prime mover on the world digital audio scene was Philips. The Dutch consumer electronics giant invested hugely in a series of DAC chips and digital filters, not only to fit to its own highly successful CD players, but also for a great many OEM designs for other manufacturers too. These sixteen bit, four times oversampling machines sounded very respectable considering their modest price points, doing much to win over a sceptical hi-fi world to the digital audio cause. At the same time, Japanese manufacturers like Sony did much to improve Compact Disc with a series of high end CD players, transports and DACs – paving the way for the high end digital audiophile scene.

At this time, dCS was not involved with audio professionally. Many employees were interested, and indeed some were gifted musicians, but the move to music making didn’t come until the end of the Cold War, and the so-called ‘peace dividend’. The spectacular yet unforeseen collapse of the Soviet Union led to the West no longer needing to spend quite such huge sums of money on defence, and dCS found British government contracts drying up. Soon however, the BBC came to the Cambridge-based company for consultancy work on their DAT machines, and slowly more audio-related work was completed. “In 1988,” McHarg remembers, “there was a shift when we started designing the first dCS 900, applying a lot of what we had done for the military in it. With radar you need extremely high signal to noise ratio, and we’d got that with our analogue-to-digital converters we had in the Harrier and Typhoon.”

1989’s 900 was the first fully rounded dCS audio product, an ultra high quality analogue-to-digital converter. Indeed, it was the world’s first 24-bit design, and used the now-legendary Ring DAC circuit. From this point on, there was no going back. Recording studio legends such as Bob Ludwig from Gateway Mastering, Bert van der Wolf at Northstar Recording and arranger/composer Tony Faulkner soon swore by this product. The 950 followed in 1993 – the partnering DAC to the 900 – and it fast became a worldwide sensation, offering professionals and audiophiles alike the chance to experience a state-of-the-art digital-to-analogue converter, capable of superlative quality playback.

Since then, dCS has never stayed out of hi-fi headlines. With a string of innovations to its name – from the first hi-res DAC, the first upsampler, pioneering work in clocking and the first asynchronous USB digital input – the Cambridge brand has gone from strength to strength. Now in its thirtieth year, the company isn’t resting on its laurels, as the world shall soon see…