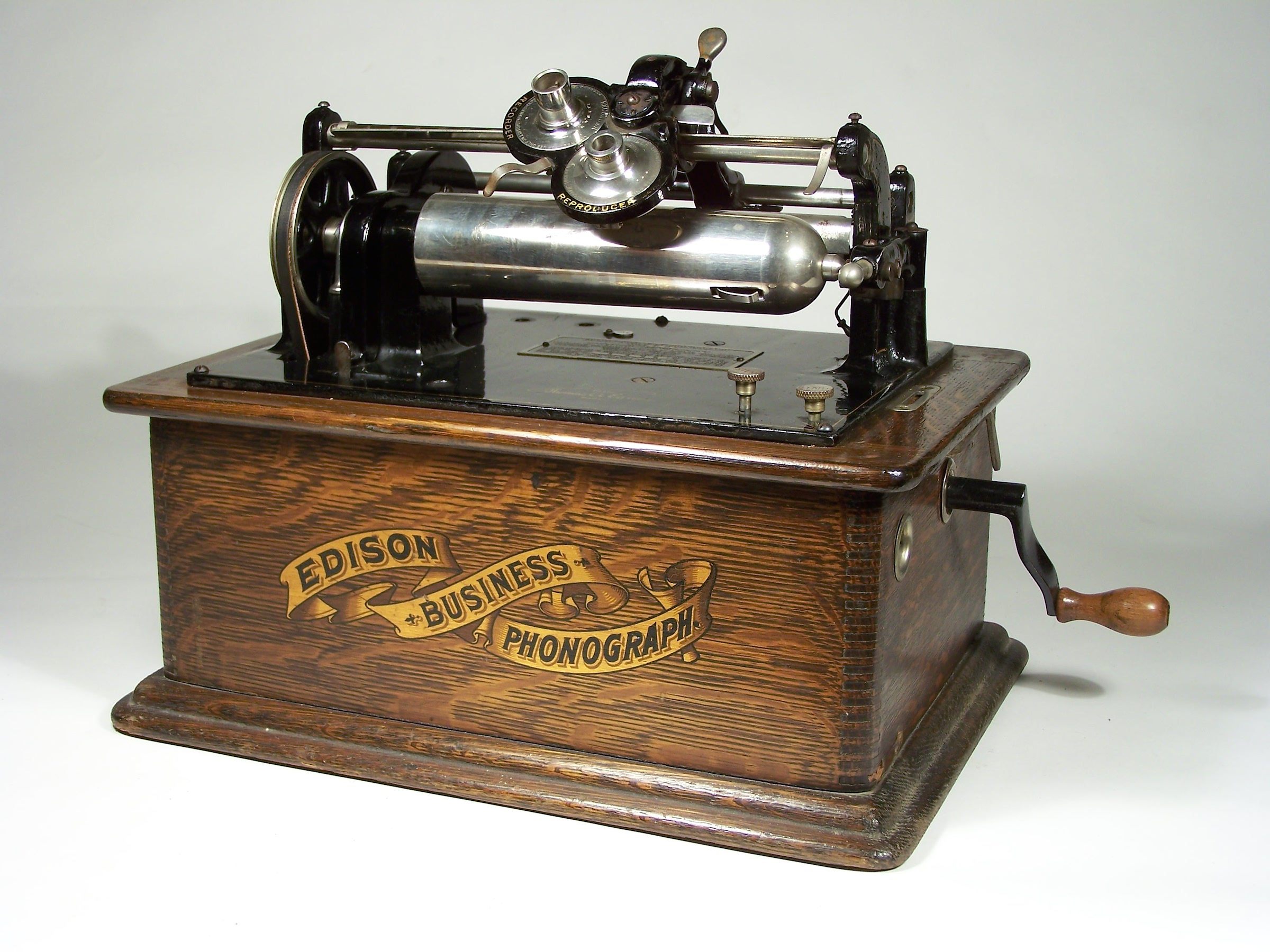 Hi-fi has never had it so good. In 2018 we live in a multimedia, multi-format world with Compact Disc, SACD, low, medium and hi-res streaming and downloads, DVD and Blu-ray. It’s now possible to access staggeringly high quality recorded music. Yet still there’s a sense that the future is constantly being made and remade, with nothing having quite fallen into place. We shouldn’t be surprised however, because when you go back through the history of recorded music – the only thing that is constant is change itself. There has never been a time when things were not in a state of flux.

Right from the off, the quest to get music to the masses has been a Darwinian struggle, where only the fittest formats survive. 1877 was hi-fi’s year zero, when intrepid patent collector Thomas Edison invented the phonograph. This was little more than a cylindrical drum covered in tinfoil, with a stylus tracking across. The first recorded words, “Mary had a little lamb”, would make him America’s greatest inventor of his day. Soon though, a Scot by the name of Alexander Graham Bell was refining his wax cylinder system, which was a more practical way of recording and playing back sound than Edison’s. At the same time, German-born Emil Berliner was hard at work developing a way of avoiding Edison’s patent on cylinders. The gramophone was developed between 1887 and 1893, with the stylus moving across the recording medium, and a disc being used instead of a cylinder.

The turn of the twentieth century was an even more exciting time for recorded music than one hundred years later. Developments in the mastering process meant that by 1901 the system was commercially viable, and soon performances by Caruso, Melba and Patti were on sale, on ten and then twelve inch discs. Electrical recording via the Westrex system made for better sound, and by the end of World War II 78RPM discs were actually quite decent sounding things. It’s fascinating to note that just like LP, Compact Cassette and Compact Disc that later followed, this new music carrier took a good twenty or so years to settle down.

The Long Playing microgroove record was introduced by Columbia in 1948, and offered significantly improved sound, playing time and longevity. It had the same profound effect that CD would thirty five years later – causing an explosion in the popularity of recorded music. The world soon entered a golden age, with practically every household in the West having access to it in some form. Ten years later, stereo LPs arrived and the hi-fi industry as we know it today really began to take off. Pop music became a cultural phenomenon in a way that simply could not have happened without the wide availability of cheap vinyl records.

Compact Disc saw the coming together of Sony and Philips, to bring the next great leap forward. It built on the achievements of LP to a higher level, being more robust and generally better sounding, with over an hour’s playing time on a single disc. From its birth in 1982 however, the race was on to do better. Fifteen or so years later, the format’s co-creators gave us Super Audio Compact Disc; this was a major sonic improvement, backwards compatible and offered multichannel sound too. Had DVD-Audio – a more versatile DVD-based system – not arrived at the same time, we might all be playing SACDs now. The requirement for music retailers to stock three types of disc, two of which were initially pretty obscure, effectively put an end to both new hi-res formats in all world markets except Japan.

The dCS Elgar DAC was arguably the first format-neutral consumer digital front end. No longer did audiophiles need to buy a digital music source that was tied to one particular technology. Its unique FPGA design meant that it could be programmed to work with practically any music codec from standard CD-quality to high resolution PCM and DSD – radical thinking back in 1996. Every time an interesting new format arrived, new firmware was installed to let Elgar play it. This architecture still underpins today’s dCS DACs, which are now being updated to play the new MQA format.

This offers a combination of high resolution sound alongside compact file sizes – and a carefully authenticated transmission path so any MQA file is guaranteed to be delivered in the way that the original recording engineer intended. That’s the beauty of the dCS approach. No longer do people have to junk their equipment when new ways of storing or carrying music come along – our customers get to decide for themselves if they like it. As the history of recorded music teaches us, ultimately the market decides.