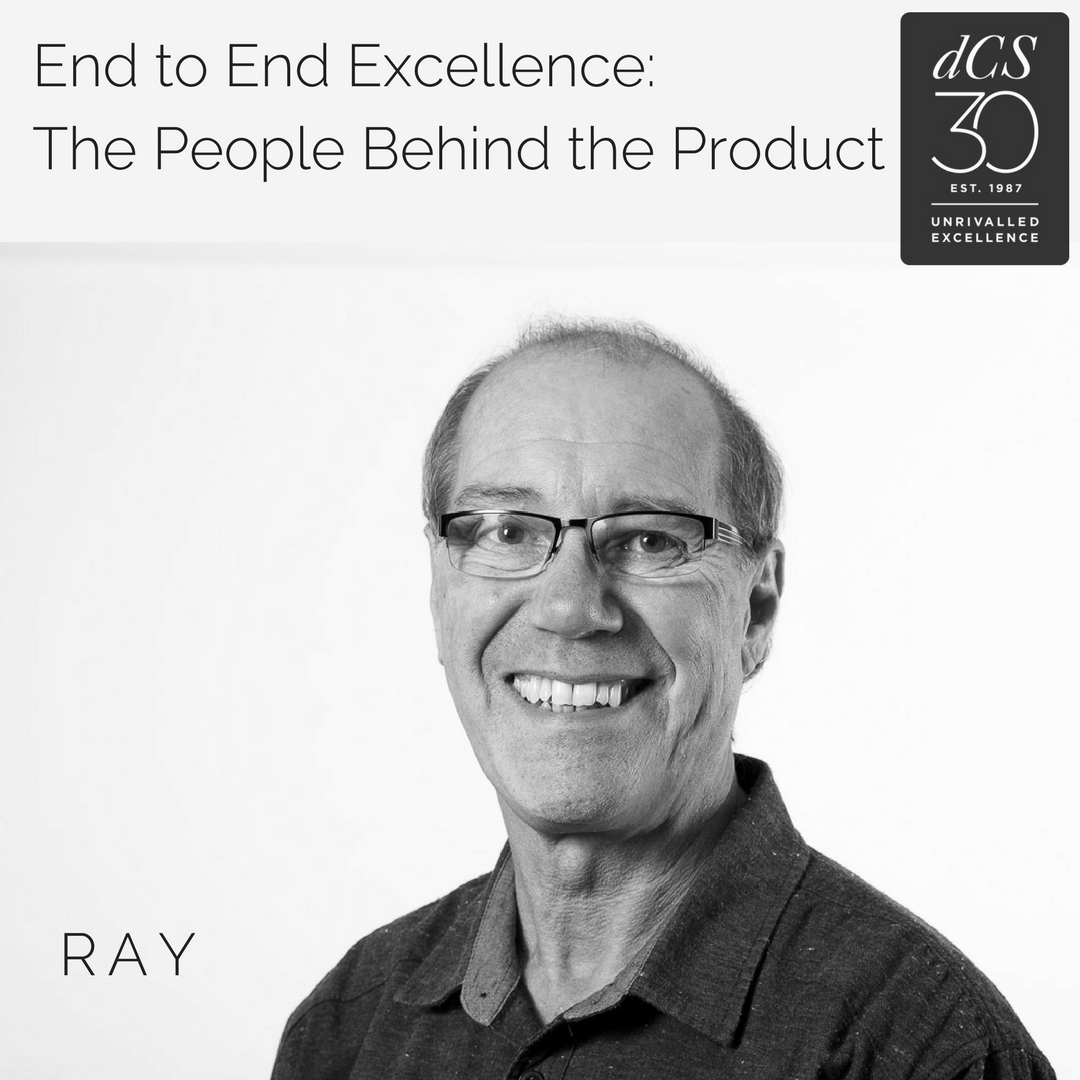 “Around one hundred and fifty years ago, I went to Hitchin Grammar School for Boys”, jokes Ray Wing. “I’m a local to this area, born in Royston. I’ve stayed in this area all my life, even with work. I couldn’t leave school soon enough and didn’t go to university. I probably should have done, but I wanted to be a musician as soon as I was old enough to pick up a musical instrument. I travelled around the country in a band for a couple of years, and then finally got a proper job.”

Ray is a dCS stalwart; he’s been at the company longer than most, and has seen it change dramatically over the years. Yet all throughout his life he has had an abiding interest in music, hi-fi and engineering. “I became a fully qualified vibration engineer. My first job had been shaking things until they self-destruct, and so it was good training for working at Neve Electronics, just down the road! They do audio mixers for high end studios and recording studios. I worked for everyone from the BBC to The Kinks, back in the day, designing mixing desks for them.”

It was a great job, but after a decade Ray moved on and ended up working for PA Technology. “They are one of the big consulting groups and they have all the different engineering disciplines in the same building. There are chemists in there, food technologists, mechanical engineers, electronic engineers, software engineers. I ran the electronics design office there for ten years. You could be working on a food mixer one day and a machine for making Mars Bars the next! It was one of those really interesting jobs in which I gained loads of experience. I worked on one of the first ever mobile phones; the team were the best guys in England working on radio technology…”

Ray’s next step was into mainstream hi-fi with Quad/Wharfedale. “I was head of development there for four years, with a team of thirty engineers. When they moved to China, I moved to dCS! All this time, I had been continuing my attempts to become a musician. In a way I succeeded because I am half-decent. I come from a musical family, especially my father who was a drummer in the Army and travelled all over the world. Early on I travelled around Britain supporting big acts like The Searchers, The Kinks and Status Quo – we supported them when they were at Number One in 1967. We were a three – or sometimes four – piece heavy rock band, loud and nasty. We were influenced by the rougher edge of rock, like The Stones and Led Zeppelin…”

Like his idols, Ray still plays today. “We are all of the age now where we’re in the midst of retiring or winding down, and our guitar player is seventy in February so we’re planning a gig. He wants to have a big party and we’re going to play at it. I’ve still got the enthusiasm to turn out on a cold night and actually play. We’ll be doing more middle of the road stuff, like The Eagles. We have three singers so there are a lot of vocal harmony type numbers we do, but I still sometimes play in a nasty rock band.”

Mostly Ray plays bass, but can play pretty much anything if pushed. “I’m fairly presentable on most instruments but love playing bass because you’re the powerhouse of the band, along with the drummer. I like that sort of responsibility. We make the band happen, and the singer and lead guitarist are basically posers! To be honest I love guitars, and have a large collection now – that’s what I spend the money that we make from gigging on. I buy a guitar every so often, and I have now have a nice collection of various Gibsons and Fenders and other things, about twenty in all…”

“My favourite guitar is the one I haven’t got! I want a red Gibson 335 before I finally hang up the boots. To get a nice one it’s about £2,500 to £3,000. This was the thing to play back in the sixties and seventies, most people have had one. Clapton always used to play a 335 and now he plays a Stratocaster. You either play a Gibson Les Paul, a Fender Strat, a Fender Telecaster or a Gibson 335. They are the four guitars which people will have one or all of. The 335 is a semi acoustic, rather than a solid guitar. Originally it was designed more to be a Jazz guitar, which it is very good at, and Blues. The difference between a Gibson and a Fender is that Fenders have single coil pickups which give a piercing treble, while Gibsons have humbuckers which have a warmer and more growly sound.”

“I have a really nice Telecaster, a really old one that goes back to the eighties. Both the sound and feel are special. You can go along to a shop and go along a whole rack of guitars hanging on the wall, and one of them will feel better than all the rest. It is a personal thing really. I think any instrument is a bit like that, when you pick it up and it feels right somehow. Pick another one up and it is not. You know when you’ve got the right one. Some old guitars are just right, others terrible. I think it’s the variability of manufacturing back then. Modern manufacturing has taken out a lot of the wrinkles, and they’re more consistent. Some materials have changed though; they are not allowed to use some of those woods anymore. Gibson used to use mahogany from Brazil, but basically they’re still the same as the nineteen fifties…”

Although Ray likes everything from the Bee Gees to Billy Joel – and ELO’s Mr Blue Sky is a particular favourite too – it is Led Zep that sends shivers down his spine. “That is my era. That is when I grew up and the music I played and the sort of bands I saw as I was touring around. It is a lot of memories, really. I have had a huge amount of fun, in music and my professional life. Music has kept me sane for most of my life really – well, fairly…” 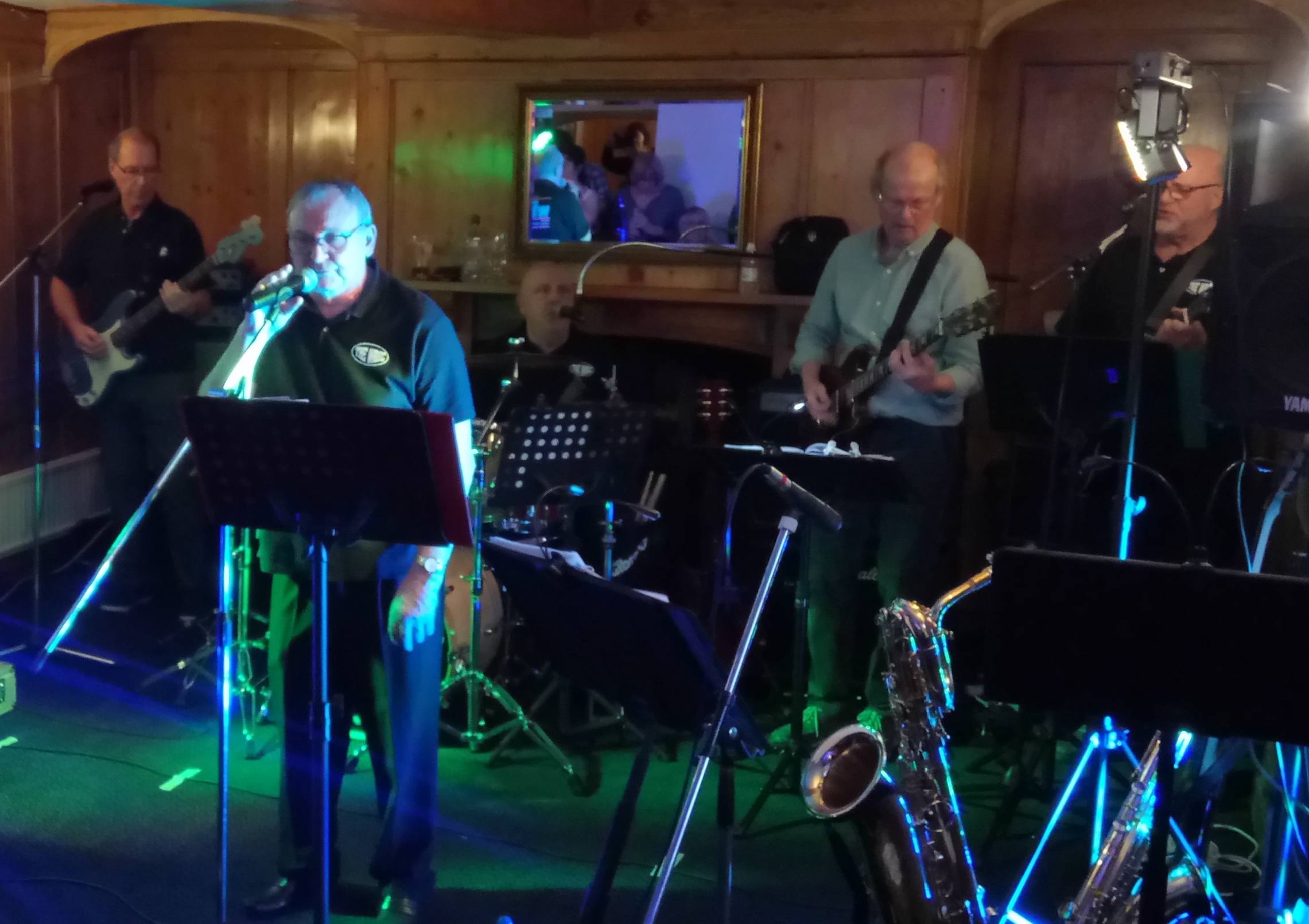