Ever wondered what type of people it takes to create a world-class product like dCS? In this new series we will be introducing our exceedingly talented team.

Our first introduction will definitely not disappoint if you are a dCS and Star Wars fan! 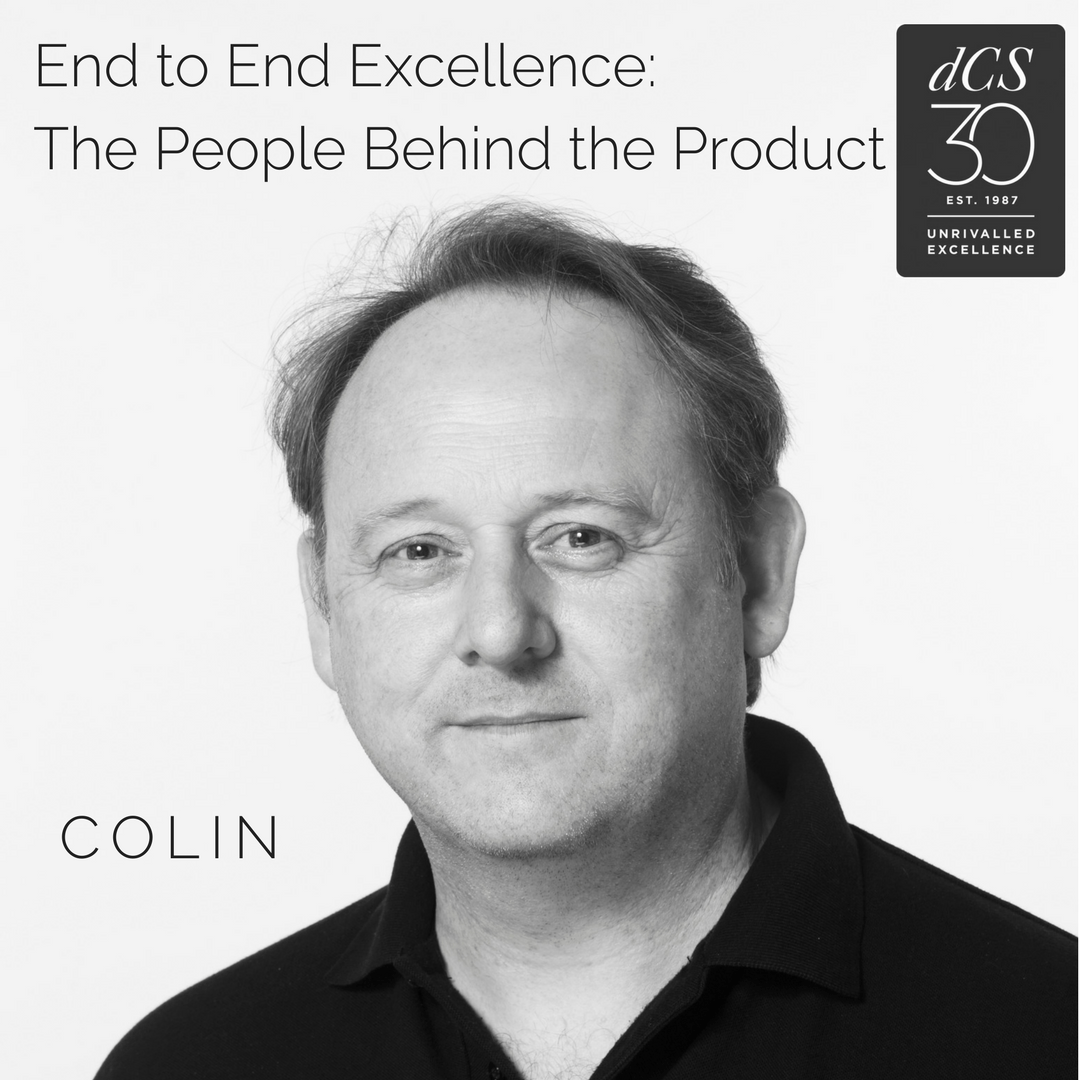 There aren’t many people in the hi-fi industry who started their careers as a trawler fisherman, but Colin Barker is one. “Believe or not, it’s true”, he says. “I left school from Kings Lynn in Norfolk, and that was the local trade. Although it wasn’t my dream job; as I child I was always passionate about model making. I always dreamed about designing creatures, working in the movies. Unfortunately in the nineteen eighties, career advice wasn’t very good so I followed some friends into fishing and chose that path. I did it for a few years but it collapsed, so I decided to dip my toes in electronics…”

Colin found himself doing all sorts of work in this field, and then got a call from an agent he was working for. A company called dCS was looking for someone. “I loved it. The company was great, the people were fantastic, the products were a pinnacle even then. It was like building Ferraris and Rolls Royces – really prestigious stuff! Being diligent and organised I have slowly made my way up from being effectively an assembler to now being Production Manager. It has been a case of sticking to the top and trying to be the best I can be, and being recognised by the company and being promoted as I have gone along.”

“Nowadays,” he continues, “my role entails keeping products flowing through the factory, keeping the team motivated and making sure we are getting what we should be getting out of the door. I’m also responsible for much of the inbound quality so am directly responsible for a lot of the suppliers – especially, currently, the special finishes, the nickels and golds that we are putting on Vivaldi One. I get to scrutinise a lot of these finishes out in the field with the suppliers and also when they arrive back at the factory. If they fail to meet our standard then they get rejected out and we put them through a rework loop. The results have to be one hundred percent perfect so it’s pretty hard work! Quality is absolutely key as far as we are concerned. We would never willingly or knowingly let something substandard leave the factory. That is unforgivable as far as we are concerned.”

Colin leads something of a double life, however. As well as being known for the quality of his work during office hours, he’s famous for the things he does out of hours too. “I love miniaturisation. I love small things. I have always enjoyed making my own – for want of a better word – toys. It gives me something to pour my creativity into. We all love our job, but sometimes it can be hard work and there is a lot of pressure there. So when I get home I switch on some music and depressurise, and then I feel the need to make something! I have made all sorts but a few years ago I decided to build an actual Star Wars R2D2 scale model from scratch. It took me about nine months to build the first one, and it got a great reception. I used to take it to conventions, hospitals, and so on for charity use.”

Colin took his R2D2 to a large Star Wars convention run by Lucasfilm, designed to promote the film franchise. “In a rather tongue-in-cheek way, our builders’ club approached a company representative, none other than Kathleen Kennedy, and offered to build some new R2s for the next Star Wars movie. To our total surprise we ended up doing this for The Force Awakens. In Spring 2015 I found myself signing a non-disclosure agreement, and they invited me to Pinewood Studios. I took my droids down and they absolutely loved them!”

Colin says it was very emotional because he met people there who – as a child – he had looked up to. “They were telling me how great they thought my builds were, and I was blown away. I was so humbled by that.” He spent the next couple of months doing various scenes and shots for the forthcoming film. “It was a completion of the full circle of my dream”, he says. “I dreamt as a boy, of wanting to work in creature effects and there I was. I spent a little bit of time working in the creature effects department of Star Wars, The Force Awakens!”

“Fast forward twelve months and I got another call to go back, and this time it was to go and work on Rogue One. Again, I was very lucky that I had made a good impression and subsequently I keep getting calls now – but unfortunately work is busy and my priority is always dCS. That is where I am really needed. But when it is calmer and I think I can sneak away for a few days then, well you never know! Maybe in the future I’ll go and help another movie, that would be great…”

So anyone who owns a dCS product will have had its final quality control and checking done by the same person who builds robots for Star Wars? “Yes, that’s right. I love building things and have always loved these films. I wouldn’t call myself a ‘superfan’ but I am a huge fan of modelling and electronics and like to push my limits. I love asking myself, from literally where do I start building one of these things? I go and do some research, and then get on the path never knowing if I’m going to have the skills to pull it off. You end up learning entirely new skill sets as you go along. I’ve learned about plastics, painting techniques and how to ‘age’ things to make them look like they’re really old and dirty – not something I will ever need at dCS, I hope!”

Colin does take his androids into the office every now and again. “I have actually got three of these things at home now. I did take one into work when we had the launch for Vivaldi One. Every now and again I bring things in to show the guys what I am up to, and it just so happened that a load of international distributors had turned up on one such day. They were absolutely blown away that a real, actual R2D2 was rolling around the factory before their very eyes!”