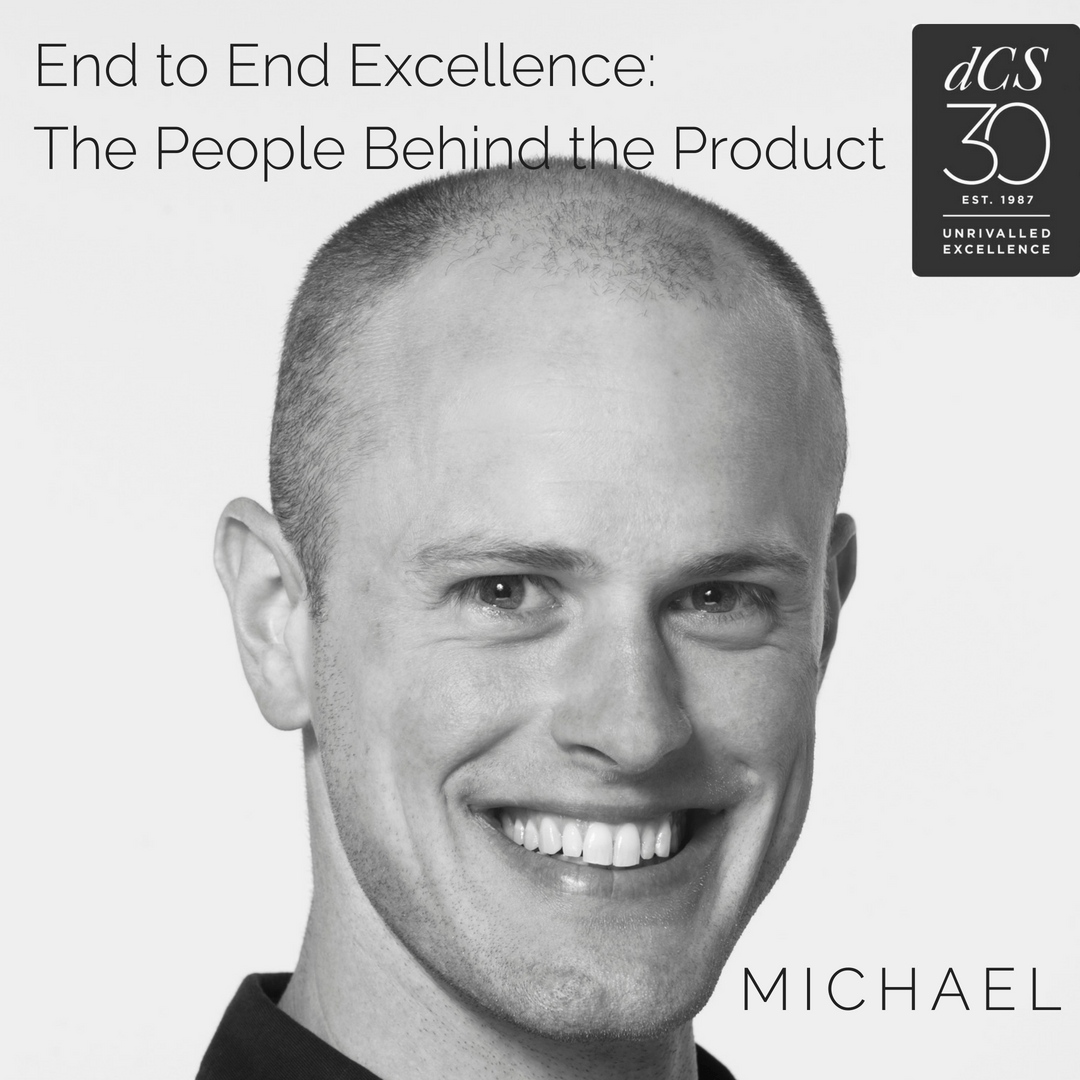 It wasn’t hi-fi that interested Michael Evans from an early age, but mechanical design. “I have always loved taking things apart to find out how they fit together and work”, he says. “From a young age I was fascinated by bikes and cars, so it wasn’t a complete surprise that I ended up at Brunel University reading Product Design, for which I got a BSc for my troubles! It was a four-year course, a really interesting one that covered all things from graphics and branding right up to CAD. We did engineering and the fundamentals of structures and electronics and mechatronics – it was a very good overview of the entire design process.”

Suffolk born Michael found himself on a six month placement in Winchester at a design consultancy. “It was very varied and we worked on everything from recycling units, household appliances to a small swimming aid for children. Then I spent the next six months at IDentity Consulting in East Sussex, who tended to work more in the automotive sector. I actually went back after graduating, and I was there for three years or more. We completed projects for Porsche and Dunlop in the UK, among others. Then I decided I wanted to work for a company that did all its design and manufacturing in-house, so I could gain an in-depth knowledge of manufacturing processes as a whole. I was designing parts and accessories for Evotech Performance – they’ve got dealers worldwide and grew quite considerably in the few years that I was there.”

“One of the interesting sides to that was the famous Isle of Man TT race,” says Michael. “The company designed products for both British and World Superbike racing teams, components that won the Isle of Man TT a couple of years running. There were very bespoke requirements from the teams who would come to us and say we want this component to survive a race – which is probably one of the most demanding courses in the world! I think we supported about five teams in British Superbikes, three in World Superbikes, three at the Isle of Man, and others. I loved being able to design products and walk right out into the factory and talk to the guys who were doing the machining, producing the actual parts. For me it was very beneficial career wise and it meant I designed my own components knowing exactly what was achievable, and what wasn’t.” 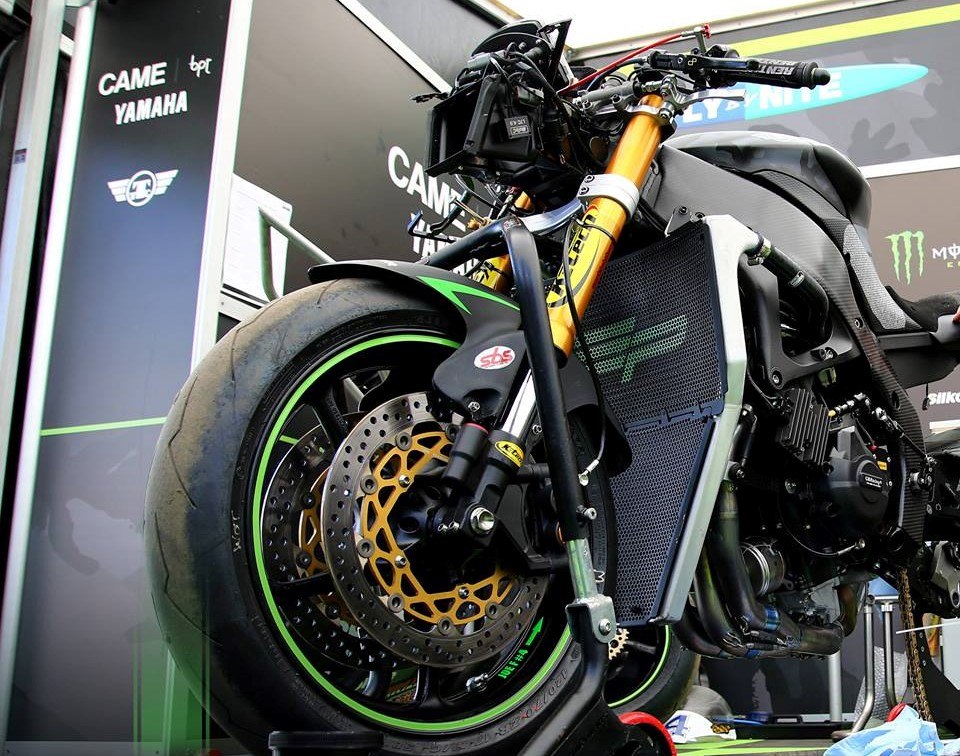 Michael was there for three or so years, after which he came to dCS. “That wasn’t before I took a bit of a break, because I wanted to spend a month in Australia and another in Canada, snowboarding. Making the move to this company was as simple as reading a job ad and thinking it sounded really interesting. It was different to what I’d been doing but was about applying very similar design principles. The main change was that – coming from the motorbike side of things – eve

ryone wanted parts to be as stripped back and as lightweight as possible, whereas dCS is almost the opposite, as weight is a sign of quality. Put a unit in front of someone and if it weighs next to nothing, they’re going to question what’s inside. It’s a very different sort of functionality, but again it’s all based on the same sort of design principals just reapplied.”
Working at dCS has opened Michael’s eyes somewhat, he says. “Obviously high end audio is a very different industry to premium motorcycle accessories! The demands are different, and we aspire to a quality of finish that is second to none so that brings about its own challenges. The customisation side of the units such Vivaldi One is interesting, too. A ‘cost-no-object approach’ is strangely enough quite a challenge because it means you have to pretty much deliver absolute perfection! If a feature needs to be there, then it needs to be there, and that is the way it is. It is not throwing money at it, but applying costs where they’re really needed. With every part you question what you are designing, and if there is a better way of doing something…”
Michael was instrumental in the design of the newly released dCS Rossini SACD/CD Transport. “ I was handed the mechanical design for the RTT project around the time of the initial prototyping stage. From there on I refined a few details and re-structured the internal layout to make the assembly process more efficient whilst also allowing better serviceability of the unit. These designs were carried forwards and have since been signed off and moved into production.”
Michael says a project normally gets handed to him once it’s got a full market requirement. “It will be just a very simple image and a spec of what it needs to do and how it needs to look. Then myself and my colleagues effectively have to run all the mechanicals, sort the casing and the cladding and the aesthetic parts but also all the internals. I work very closely with the electronics engineers to house things correctly and make sure everything’s accessible. Also, I do a lot of work with the guys on the production side to make their lives easier; we want to make things as accessible and serviceable as possible too.”
“The most rewarding thing is when you come up with a very neat solution to an engineering problem,” says Michael. “It could be anything really, but it’s great when you spend most of your time working on 3D design packages, then get the thing back from the machinist and it fits and works as intended! I can spend so much time living in a virtual world these days, You’re continually trying to improve and make parts as functional and as easy to assemble as possible. Things are getting so much better now – we can do things that would have you laughed out of the machine shop ten years ago. These advancements in manufacturing are opening up the doors to what we can do at this end.”

When not living in a virtual world, Michael does the exact opposite and enjoys material challenges. “I do a lot of cycling – these days more on the road than off – and also running short to mid-distance races. I recently completed the Cambridge Half Marathon, and love snowboarding in the Alps, plus scuba diving and other outdoorsy stuff.” 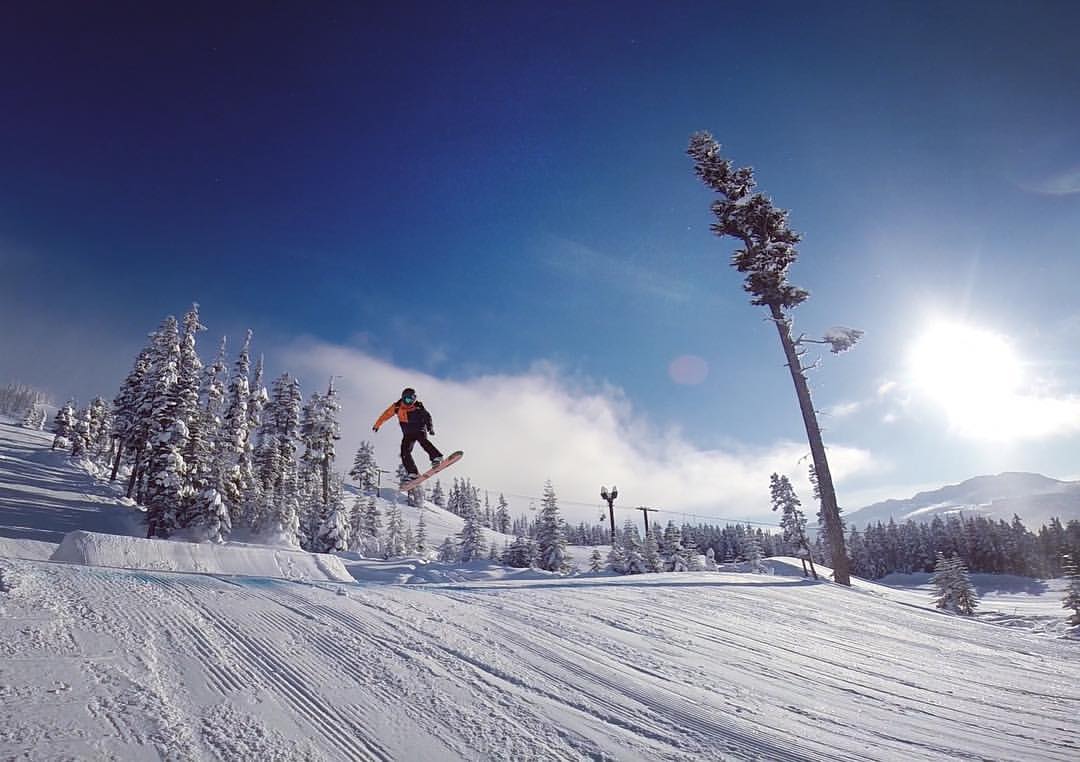