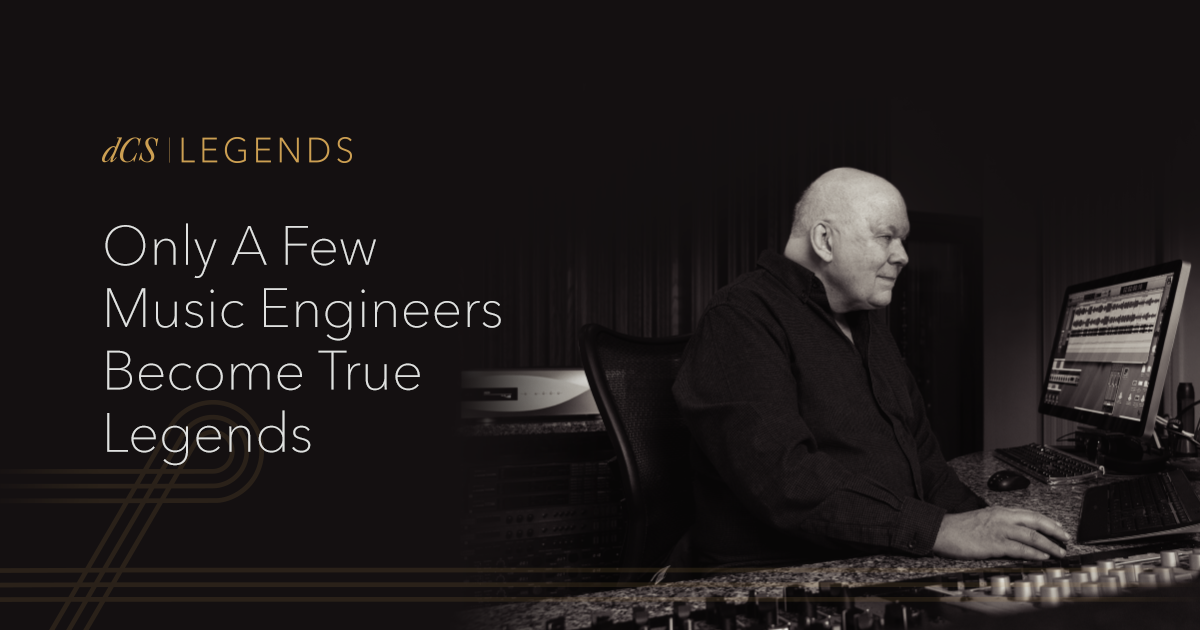 The award was conceived to acknowledge the outstanding efforts of an elite group of recording, mixing and mastering engineers who have strived throughout their careers to deliver the finest music experience possible. The award also underscores the growing trend towards ‘studio quality’ high resolution download and streaming services for music enthusiasts.

“As a pioneer in high resolution audio and a leading manufacturer of digital converters for more than three decades, dCS is proud to provide both consumers and professionals alike with state-of-the-art audio components” stated David Steven, Managing Director of dCS. “Our mission is to continually develop products that bring listeners closer to the music that the artist, producer and engineer intended. We are pleased to join with the Recording Academy Producers & Engineers Wing today in presenting the initial dCS Legends Award to renowned mastering engineer Bob Ludwig”.

Often described as “a mastering engineer’s engineer”, Bob Ludwig has been universally recognized for his outstanding talents and his passionate pursuit of the latest recording technologies. With nearly a dozen GRAMMY®  Awards to his credit, his work has spanned virtually every music genre, including such well-known recordings as Babel, Beyonce (surround mix), Brothers In Arms, The Layla Sessions, Morning Phase and Random Access Memories.

Each engineer’s story will be told as part of a year-long global campaign that encompasses a number of potential elements, including both consumer and trade advertising, as well as dealer materials and event signage that highlights album artwork from their GRAMMYR winning titles. Additionally, the campaign will feature interviews of these dCS Legends Award recipients, which will be available – along with select music clips from their recordings – on a variety of podcasts, websites and social media.

For more information on the dCS Legends Award, contact Krysti Hamilton, Head of Marketing and Communications for dCS at KHamilton@dcsltd.co.uk