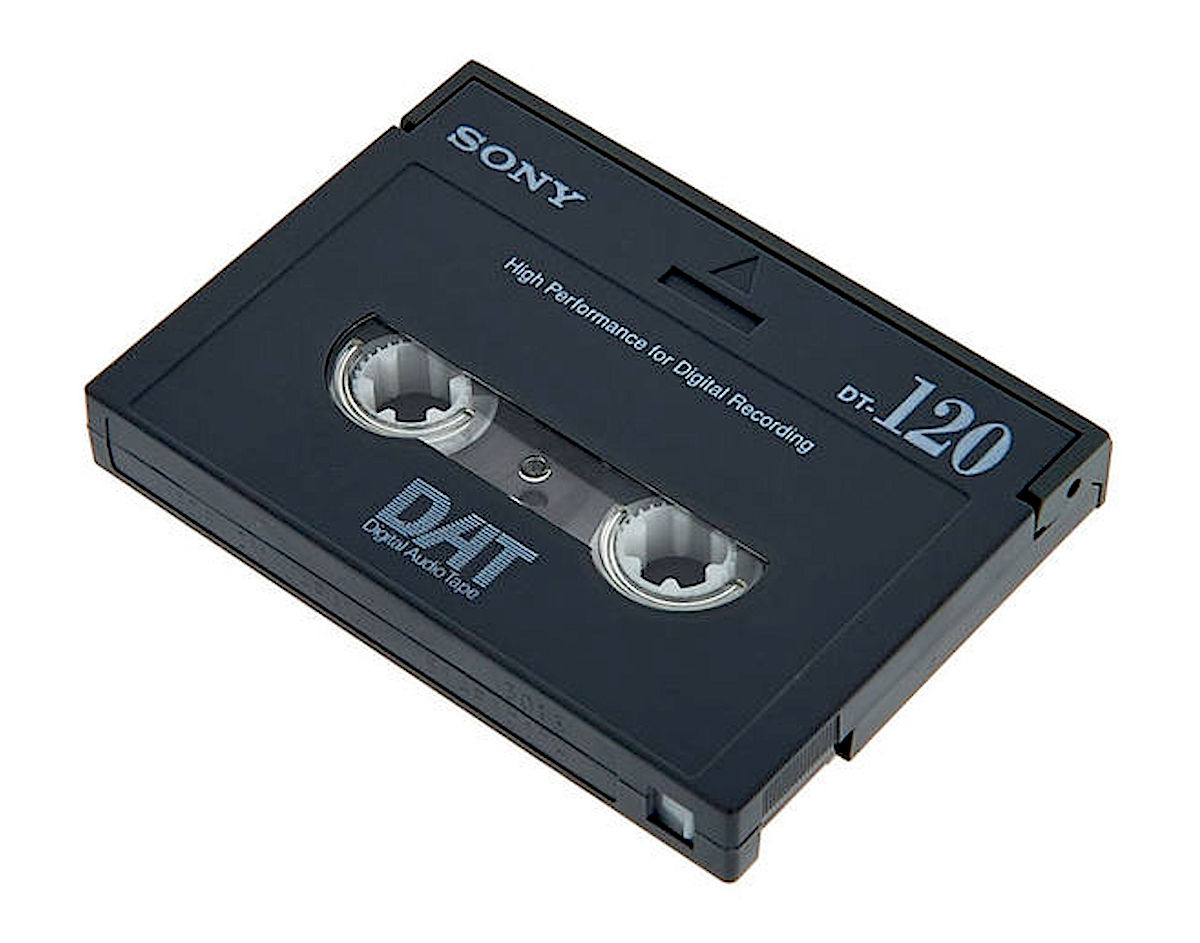 When Sony introduced Digital Audio Tape thirty years ago, many people genuinely thought it to be the future of music. Looked at now though, DAT is an irrelevance – a long gone and largely forgotten curio from those awkward early days of consumer digital audio.

The year after its launch – 1988 – saw Compact Cassette replace the vinyl LP as Britain’s best selling music format. So the idea of another serial-access tape system, wasn’t necessarily a turn off back then. Indeed, many people thought DAT to be the very height of sophistication – its tape was fully enclosed from the outside world, less than half the size of cassette and able to carry up to 180 minutes of music. Better still, it was digital – which was of course the future of everything, as far as eighties punters were concerned. Digital fuel injection, digital watches, digital climate control, Digital Audio Tape; what was not to like?

Indeed the hi-fi magazines of the day were intrigued, many seeing it as an exciting new technology. Okay, so it may have been a traditional magnetic tape-based format in an increasingly random-access laser disc world, but it did promise superior sound to CD. As we all know, silver discs of the day only allowed 16-bit, 44.1kHz resolution, but new-fangled DAT ran at a sampling frequency of 48kHz – and therefore represented the state of the art. No consumer digital audio system bettered it. Only in the pro sphere was it surpassed, when a decade or so later dCS analogue-to-digital converters worked with the Nagra D recorder to make the first 24/96 hi-res recordings possible.
Although DAT’s 48kHz sampling rate doesn’t seem much these days, Compact Disc’s  was so low that the sound-degrading phase effects from its filtering got worryingly close to the audio band. DAT on the other hand lifted these up just a touch, to where they were far less consequential to the sound. The result was a larger improvement in sonics than you might expect; that extra headroom made one hell of a difference. Early demonstrations of DAT showed a substantially sweeter and crisper sound; the later machines could be switched to record at Compact Disc’s lower resolution, and when you did this the difference was clear to hear. The hi-fi press was certainly charmed; one specialist magazine even went so far as to claim, “DAT wipes out CD”, on its front cover.

With all the marketing muscle of the giant Sony Corporation behind it, this new format could hardly fail, could it? Well, exactly one decade earlier, the Japanese giant had just discontinued its short-lived Elcaset format – a kind of reel-to-reel tape inside a VHS-sized cassette. This gave excellent analogue sound, but no one cared because it was too big for consumers already used to the far smaller Compact Cassette. Surely then, the dinky DAT format could succeed? Sony certainly thought so, and began releasing albums in its native Japan, from avant-garde artists such as New Order and Ryuichi Sakamoto.

Yet it was not to be. Despite having a host of clever features that Compact Cassette lacked, such as real time tape counting and track numbering, DAT did not prevail. Even its superior sound to CD couldn’t compensate, and sales barely got off the ground. People realised it was too expensive, fiddly and sometimes quite unreliable too. It certainly wasn’t the sort of object that you could throw into your car’s glovebox, next to a bag of melted Werther’s Originals.

Then suddenly the format took off in recording studios. Just when we least expected it, a generation of small-to-medium sized studios began using DAT as a mastering medium. This happened to coincide with a surge in new music-making technology; hard disk recording was becoming affordable, and songs were now being crafted on computers with Cubase. MIDI synthesisers and sequencers were getting cheaper, and whole dance music records could be laid down digitally then mastered for posterity on – of all things – DAT. As is so often the case with audio formats, it ended up being used for a different purpose than was originally intended. Oddly, DAT became cool amongst a generation of small studio-based nineties musicians.

Plug a classic Sony DAT player into a modern dCS DAC now, and it’s surprising how good it sounds. A well fettled DAT machine is still capable of working as a fine digital transport, and the developments in DAC technology that dCS has brought in the intervening years have done nothing but good to the old format’s sound. Even though the Bitstream DACs fitted to most DAT recorders were very highly regarded at the time, they are miles behind a Debussy, for example. So farewell to an ill-fated format that meant something to some people for some time; it joins the ranks of Digital Compact Cassette (DCC) and MiniDisc (MD) in the story of doomed digital audio. Despite this, never forget that for a short period in the late eighties, it really did look like the future.