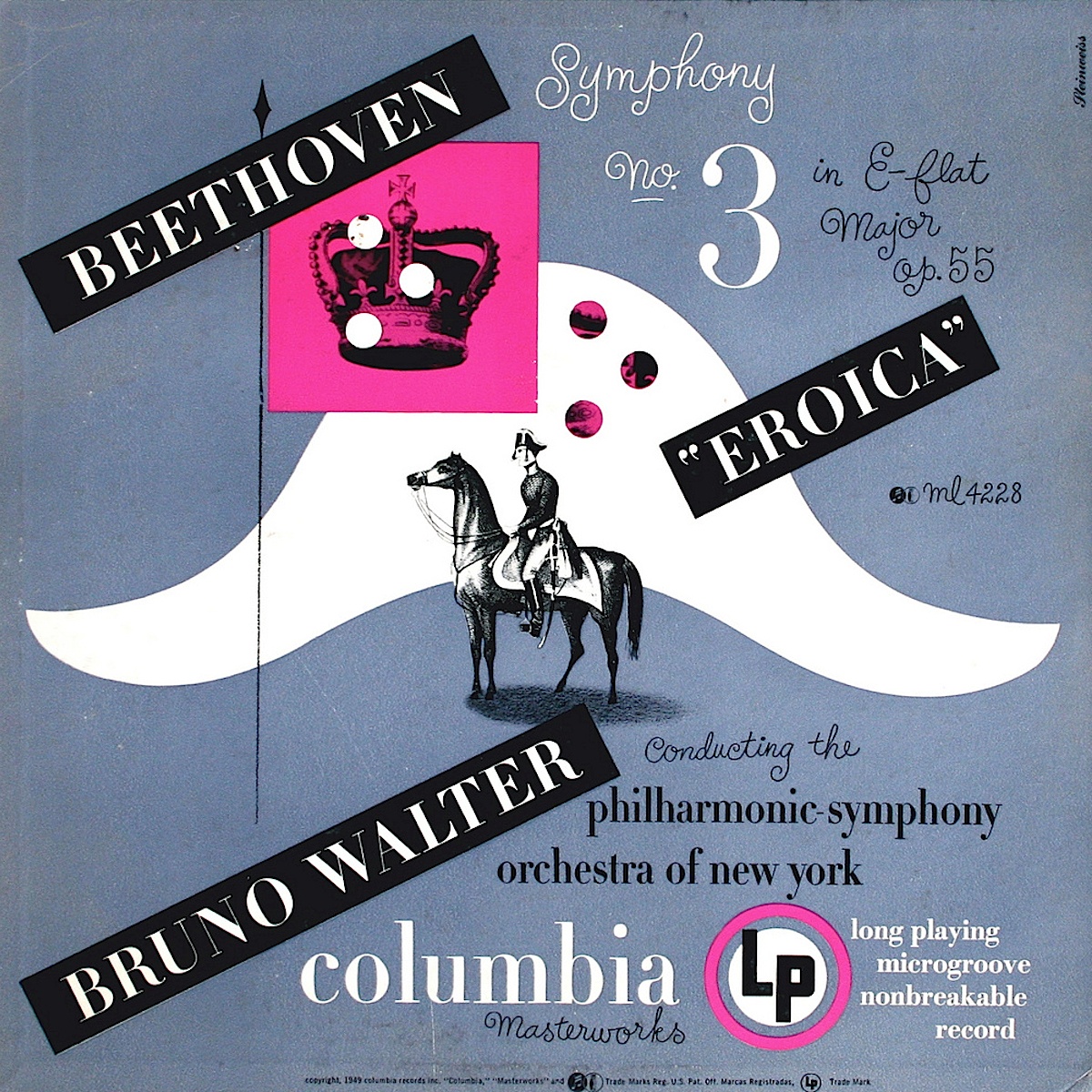 Back in the nineteen forties, when music was sold on shellac discs, there was no such thing as album artwork. Your prized new purchase came in a paper slip cover that carried little but the logo of the record label. By the fifties however, the widespread move to vinyl LPs saw the adoption of cover art, and things would never be the same again. Admittedly, it was often pretty figurative – with just a posed photograph of the recording artist and their name – but it was a start. By the early sixties however, things finally began to change…

Most rock historians will tell you that The Beatles’ Sergeant Pepper’s Lonely Hearts Club Band started it all. Not only was it a seminal piece of mature, well crafted pop music with a coherent interlinking theme, but the cover of its beautiful gatefold sleeve was a modern art masterpiece. A montage of a host of cultural icons of that era, it tells you so much about British society back then and gives a vivid backdrop to the music too. Unsurprisingly, it’s one of the featured album covers in an exhibition celebrating seventy years of iconic album artwork. Launched as part of the UK’s first National Album Day celebrations, it spans seven decades of popular art, music and design.

In association with the Best Art Vinyl Awards, an expert panel of judges was enlisted to select the finest album artwork from 1949 to 2004. These form the backdrop to the current Best Art Vinyl Awards which has been running since 2005. Together, they’re a fascinating retrospective of British popular culture, one album at a time. Given that the LP was launched in 1948, it’s right to kick off with the year running up to 1949. The Alex Steinweiss design is the visual backdrop to a recording of Beethoven’s Symphony No.3 in E Flat Major opus 55. At the time he explained that as the first art director of Columbia Records, he thought plain sleeves to be, “so drab, so unattractive… so I convinced the executives to let me design a few.” The recording industry never looked back.

Follow the link at: www.nationalalbumday.co.uk/news/most-iconic-70-album-artworks-of-all-time-revealed/ to get the full list; on the way you’ll see some beautiful artwork from albums such as the 1959 release of Billy Mure’s Supersonic Guitars Volume I, designed by Charles Earnes. This shows a military jet breaking the sound barrier, and must have looked so modern at the time. In 1962 The Beach Boys’ Surfin’ Safari featured a group photograph of the band on a Malibu beach, pointing out to sea. Snapped by Ken Veeder, it captured the spirit of the age. The Blue Note jazz label had some great covers, and Reid Miles’ design work on Donald Byrd’s A New Perspective saw him behind the swooping modern bonnet of the then new Jaguar E-type sportscar. 1964 must have seemed like the future.

Scott Walker’s sultry, psychedelic sounding Scott 3 from 1969 was given a great look by the Linda Glover designed, John Kelly photographed cover. This sees him placed in the centre of model’s eye, looking suitably dreamy. Contrast that to the brutalist, functional design of Kraftwerk’s Autobahn (UK Edition), inspired by a Ministry of Transport motorway sign by Margaret Calvert. 1974 must have seemed a very different place to the romance of Donald Byrd’s E-type cover shot a decade earlier. Three years later came the Sex Pistols’ Never Mind The Bollocks, a striking Jamie Reid design that went on to become iconic of the punk movement with its cut-out ‘blackmail’ lettering.

The first album cover to catch the nineteen eighties zeitgeist was Grace Jones’ Nightclubbing, designed and shot by Jean-Paul Goude in 1981. It looked brilliantly angular, showing a new androgynous look that became an icon of eighties style. Throughout that decade, British indie label 4AD released some of the most beautiful guitar music, and every new disc had its own Vaughn Oliver design. This Mortal Coil’s It’ll End In Tears from 1984 showcases his talent for dreamy, gothic imagery. In 1989, the standout debut of the year was the eponymous The Stone Roses, complete with John Squire’s Jackson Pollock-inspired painting entitled ‘Bye Bye Badman’ with its varnished lemon slices. By 1994 it was the turn of a former Stone Roses roadie – Noel Gallagher. His band Oasis had a huge hit with Definitely Maybe, the cover for which was designed by Brian Cannon, using a Michael Spencer Jones picture. The latter had just been to the Egyptology department at the Manchester Science Museum, which might explain why singer Liam Gallagher was lying still on the floor. The photograph was taken in the living room of guitarist Paul Arthur’s house.

In 1999, The White Stripes’ debut long player was all the rage, and its cover created a look that was even more direct than their music. The photomontage by Ko Melina Zydeco and Heather White is striking. By 2004, Kanye West was fed up with the violent ‘gangsta rap’ imagery of his genre of music and chose something completely different. College Dropout’s cover was an Eric Duvauchelle design that was irreverent and fun loving. Four years later, Fleet Foxes’ eponymous album featured a 1559 painting called Netherlandish Proverbs by Pieter Bruegel The Elder, no less. The band’s guitarist said, “when you first see the painting it’s very bucolic, but when you look closer there’s all this really strange stuff going on like dudes defecating coins into the river and people on fire, people carving a live sheep, this weird dude who looks like a tree root sitting around with a dog.”

If you cannot attend the exhibition, then there’s a downloadable PDF on the National Album Day website so you can see every year’s award for yourself. Of course, your choices may be very different to the judging panel, so why not let us know your own nominations?