About Us / News / A return to normal? Life for UK musicians post-lockdown

A return to normal? Life for UK musicians post-lockdown 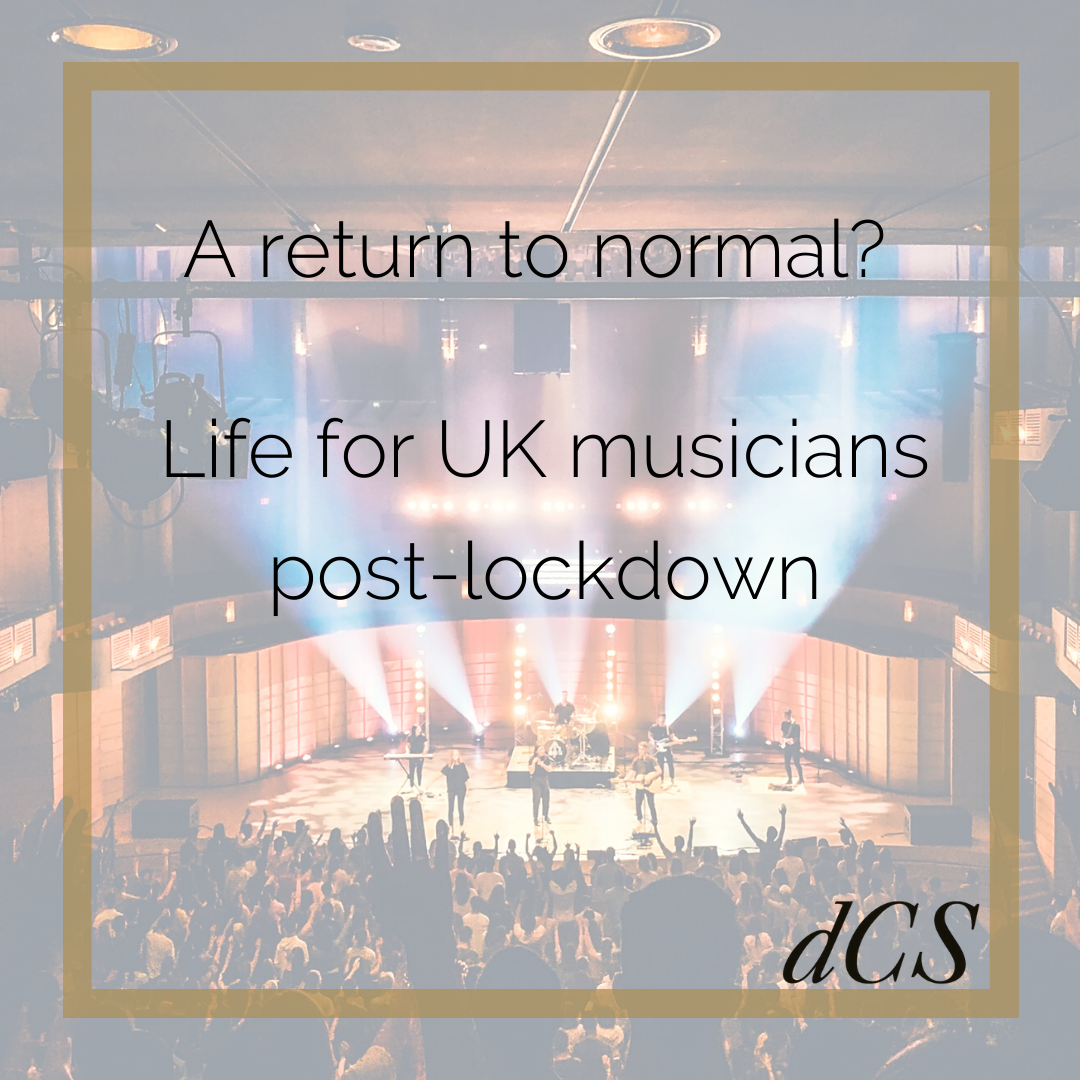 With live music set to return to the UK this summer, musicians can finally start preparing to get back on the road. But there are still a number of challenges facing the British music scene. Here, we explore what the government’s roadmap for ending lockdowns means for artists, and some of the wider debates that have played out in the industry over the past 12 months

If you think it’s been a tough year, spare a thought for professional touring musicians. Plenty of us have been able to take our work home, transferring our daily duties to a laptop computer, with a cup of tea to hand nearby. But many in the music industry have not been so lucky. They’ve seen the venues they used to play in closed, with no information from the government about when they would re-open.

Finally though, after 12 months of oscillating between locking the country down and trying to open it back up, the UK seems to have found a way out. The country was quick to begin its vaccination programme thanks to deft procurement last spring, and now the government has finally produced a roadmap for ending social restrictions.

This will come as a huge relief to many in the music industry who have traditionally received the bulk of their income from live performances. Yet there are a number of other challenges facing musicians anxious to get back on the road.

British pubs are scheduled to get indoors opening on May 17. This will effectively see the reappearance of live music in pubs, and the reboot of many musicians’ lives. Indoor events are likely to stay at half capacity with a maximum of 1,000 people at this stage, and outdoors with no more than 4,000 people – except at large venues of at least 40,000 size, where up to 10,000 people will be allowed to attend. Then, provided all goes to plan, all legal limits will be removed by June 21. These figures relate to England, but the UK’s devolved governments are very much on the same track.

This means that the UK could get a full summer of live music events, which is of course wonderful news. Although there may be some social distancing regulations and plenty of hand sanitising, it seems that summer 2021 will look much more like 2019 than 2020 – much to the relief of artists, fans and venues alike.

Before we all pop the champagne corks however, the UK music industry still needs to work through a number of problems. Whilst our primary focus has been on the lockdown, various issues have been gaining traction, from music streaming revenues to new red tape for European touring, performing rights levies on live streams and more. It’s almost as if the pandemic has been a smokescreen that disguises all manner of other worries for live performers.

Over the past month there has been a lot of talk – and a high-profile online petition – about new red tape that resulted from the UK’s free trade deal with the European Union, which was finally completed just days before the end of last year. In effect, touring in the EU has got a bit harder. The petition was set up by freelance camera director Tim Brennan, and supported by artists including Elton John and Ronan Keating. The new rules apparently make visa-free touring less easy, with one major gripe being a technicality regarding cabotage limits on the size of trucks, which “makes conventional touring impossible”, according to MP and composer David Warburton.

During a recent parliamentary debate, Culture Minister Caroline Dinenage said, “the government fully understands and recognises the importance of touring for UK musicians and other cultural professionals”, but that the EU was unwilling to do a deal on specifically this subject. “Our proposals involved capturing the work done by musicians … through the list of permitted activities for short-term business visitors. This would have meant performers and artists could have worked and travelled in the EU more easily, with no requirements for work permits either… Quite simply, the EU rejected this.”

At the same time, the UK’s Performing Rights Society has just instituted a controversial licence fee for ticketed small-scale live-streamed performances involving its members. Paid-entry live streamed shows have become an essential source of income for many musicians over the past year, but now the PRS has set a tariff of between 8% and 17% gross revenues for live-streamed events, much more than the 4.2% levy on gross takings from live gigs. There’s also a flat fee for small-scale live streamed shows. The news comes as it is estimated that 400 small venues in the UK face permanent closure, and has angered many musicians due to the timing.

However, along with the end of the lockdown, there are some other rays of sunlight appearing. The Department of International Trade recently announced another funding round for the BPI-administered music Export Growth Scheme (MEGS), designed to boost British music exports by supporting smaller music companies as they grow artists in overseas markets. The scheme has now supported over 280 acts through more than £4 million investment in total, helping bands get over a hundred record or publishing deals, plus hundreds of live/festival appearances.

Further to this, there’s now talk of the UK government establishing an export agency to support the creative industries. Culture Secretary Oliver Dowden is reportedly looking at plans for a UK creative industries export office to help support international touring plans. This would be along the lines of agencies in Australia and Canada, which provide similar advice on export logistics and strategy to help expansion into new markets – including help with visa arrangements, which would sooth EU touring woes for smaller bands, orchestras and acts.

BPI Chief Executive Geoff Taylor said: “(We are) making a strong case for a new partnership with government to realise the potential for recorded music exports to double within the decade to over £1 billion.” UK Music CEO Jamie Njoku-Goodwin added: “A new UK-wide export office for the music industry or the wider creative sector could play a crucial role in helping drive our post-pandemic recovery.”

While challenges remain, it seems there are various plans and debates underway to help address some of the issues that musicians have been facing, and provide support to an industry that has been severely affected by the pandemic (as well as the UK’s departure from the EU). Musicians aren’t out of the woods yet, but we hope 2021 will be a much more positive year for the industry.