Music / Album of the Month / Yazoo – Upstairs at Eric’s 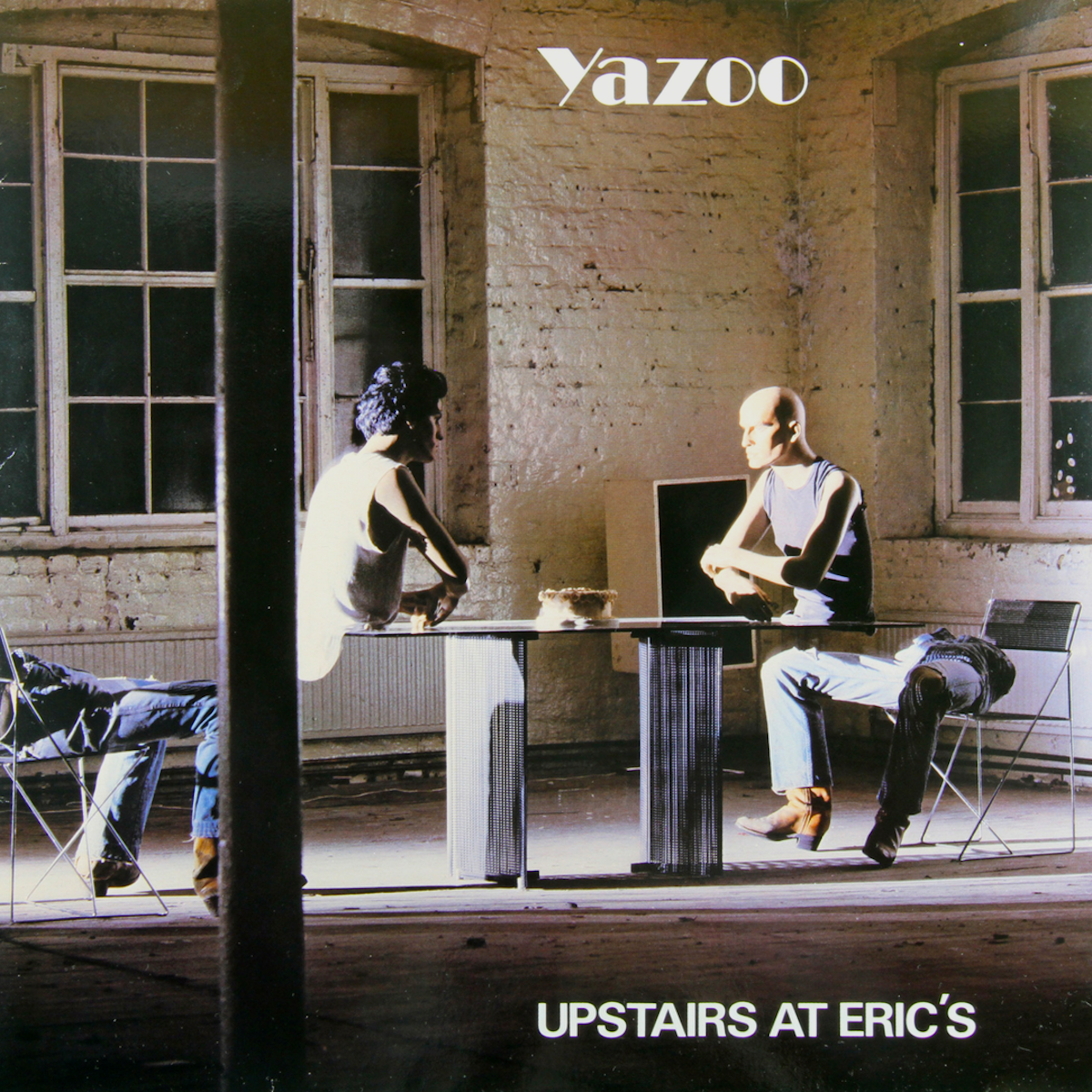 It’s a testament to the speed at which pop music was moving in the nineteen eighties, that Vince Clarke – the brains behind Yazoo – was inspired by hearing one particular song just eighteen months earlier. “Electricity by Orchestral Manoeuvres in the Dark sounded so different to anything I’d ever heard,” he once said, “that I suddenly wanted to get into electronic music.”

Amazingly, between his first hit single with Yazoo (Only You, released 15th March, 1982) and hearing that early OMD single, he’d already been a founder member of chart-topping synthpop band Depeche Mode – and written their first album and first three hit singles. He then left to team up with an old acquaintance from his home town of Basildon, Essex. “Alison Moyet was looking to join a blues band, but she hooked up with me because she thought doing a demo would look good on her CV”, he later explained.

The result was Upstairs at Erics, released 20th August, 1982. Many think it’s one of the quirkiest albums of the nineteen eighties, because it’s a melting pot of deadpan electronica courtesy of Clarke and the bluesy vocal stylings of Moyet. Recorded at Blackwing Studios in south east London where the former had previously recorded Depeche Mode’s debut long player Speak and Spell, it was committed to tape in the early mornings because the studio’s daytime slots were already booked. Its owner Eric Radcliffe produced, from whom the album got its cryptic name.

“A lot of stuff was us just experimenting in the studio. I learnt a lot. There wasn’t an intentional sound”, said Clarke. Yet the album seems highly distinctive today, and amazingly fresh too. There are a number of reasons for this, the first being Clarke’s instinctive feel for simple, catchy melodies – as he’d already shown with Depeche Mode. Second was the purity of the song’s arrangements; Clarke says most songs used just six or seven tracks. And also, the technology of the day mitigated against lavish, over complex work – not least because the sequencers were so primitive back then.

“We used a Roland Juno 60 polyphonic synth mainly”, remembers Clarke, “while most of the percussion came from the ARP-2600 and a Roland TR-808. The lead lines and bass were courtesy of a Pro-One and Roland MC-4 Microcomposer.” In other words, late nineteen seventies and early eighties kit that’s now celebrated for its classic, vintage sound. Such freshness and crispness complements some truly memorable melodies, and the result is a series of catchy pop tunes with infectious riffs. It’s a testament to the beauty of Only You, Don’t Go and Goodbye 70s that they’ve been widely covered by many other artists from the rock, pop and soul arena.

Despite lacking any great, overarching theme, Upstairs at Erics is still a charming and compelling listen today. It works by the quality of each individual song, plus the rousing vocals and punchy, edge-of-the-seat electronic backing. Compared to so much overproduced, auto-tuned modern pop, it is stirring stuff – and of course gives any serious hi-fi system a real work-out. Arguably the best way to listen is via the 2008 Mute CD remaster [CDXSTUMM7].