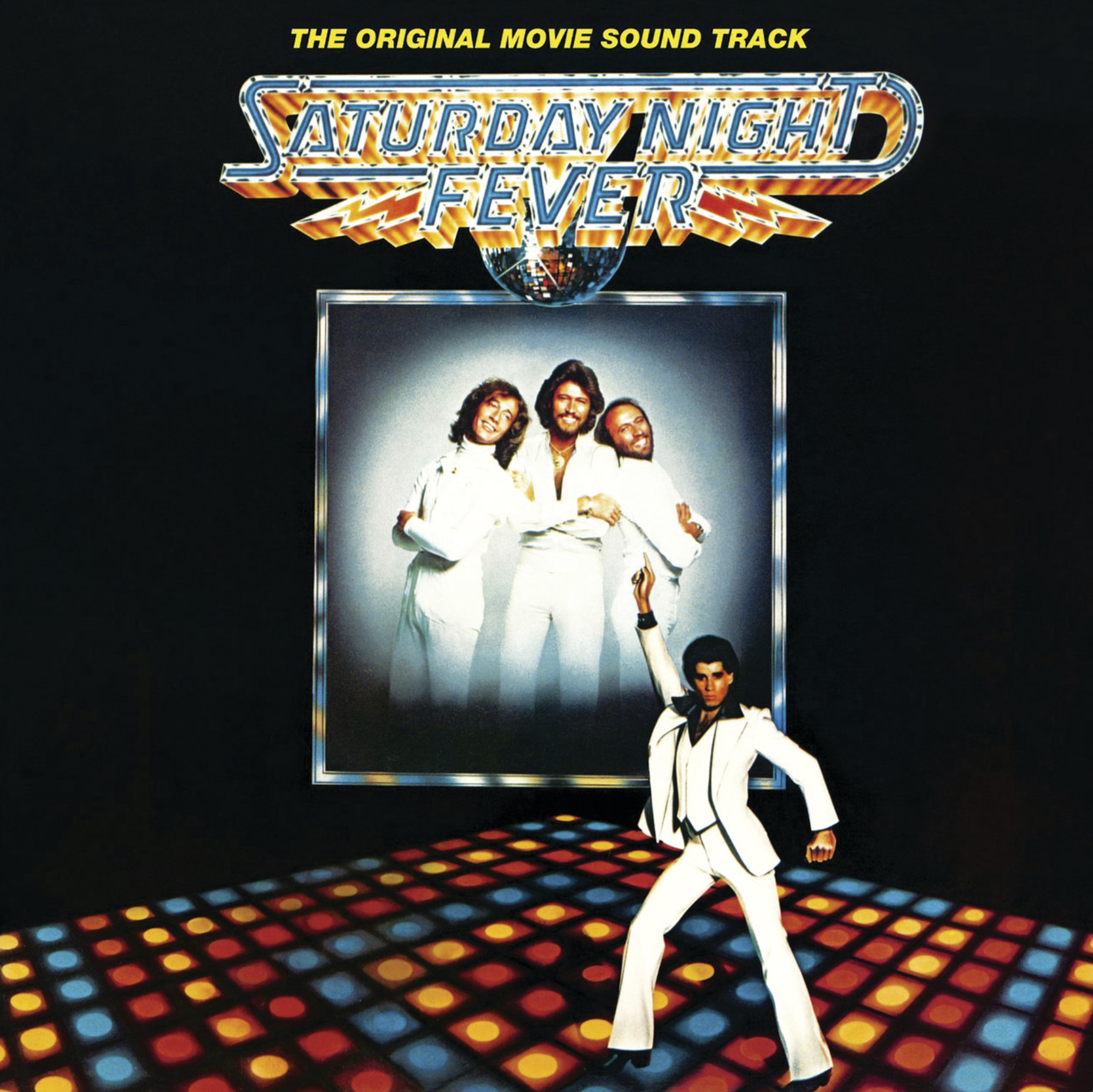 Released on November 15, 1977, Saturday Night Fever was more than just a film soundtrack. At the time, it felt like the music of a whole new generation. Anyone growing up in “the decade that fashion forgot” couldn’t help but hear disco music –whether you liked it or not, it was everywhere. A fresh flavour of dance music that sprang out of early 70s soul, jazz and funk, it reached the UK pop charts in 1975. Within a couple of years, many famous recording artists from Rod Stewart to the Rolling Stones had discovered their love for the genre (or its commercial possibilities) and a disco beat and soaring string sections could be heard on practically every new chart release. ABBA’s Dancing Queen popularised the genre, while Chic’s Le Freak really made it stick.

The Bee Gees were early to the disco party. A vocal group formed in the late 60s, they carried out a radical transformation in 1975 into a funk-tinged dance act. They began to find their feet with Jive Talkin’ and You Should Be Dancing, released later that year, forsaking their Mancunian accents for something closer to Los Angeles, and turning up the pitch. It was the beginning of a purple period for Barry, Robin and Maurice Gibb, and the group were soon turning out hit after hit, starting with How Deep is Your Love in September 1977. The Saturday Night Fever soundtrack was released seven weeks later, and in December, Stayin’ Alive hit the top of the singles chart. Night Fever followed in February 1978, again reaching number one. In many western countries, these singles all topped the charts together and stayed there for months, such was the omnipotence of the Gibb brothers at that time.

The original soundtrack album contained all these hits and more but remarkably, the Bee Gees songs weren’t added to the movie until it reached post-production. Producer Robert Stigwood hurriedly commissioned the band to come up with new material and the Gibb brothers, who were recording their new album at Château d’Hérouville studio in France, stopped everything to focus on music for the film. Most of the songs were written over a single weekend, including several for other artists to record, such as More Than a Woman sung by Tavares, If I Can’t Have You by Yvonne Elliman and Emotion by Samantha Sang. It was arguably pop music’s most prolific week ever.

The result was 75 minutes of classic disco, released across two LP records. As well as the Bee Gees’ contributions, the soundtrack featured soaring incidental music composed by David Shire – including Manhattan Skyline, Night on Disco Mountain and Salsation – and appearances from seasoned session musicians and jazz soloists, from Sonny Burke on piano to Lee Ritenour on guitar. There was not a bad track on the entire album, nor a poor player.

Saturday Night Fever went on to become the bestselling film soundtrack of all time, making it far more successful than the mediocre movie. Recorded in the twilight years of analogue, it’s a sophisticated multitrack production with a clean and detailed feel, plus a touch of welcome warmth. The Japanese SHM-CD [Reprise Records WPCR-13264] is the collector’s choice.