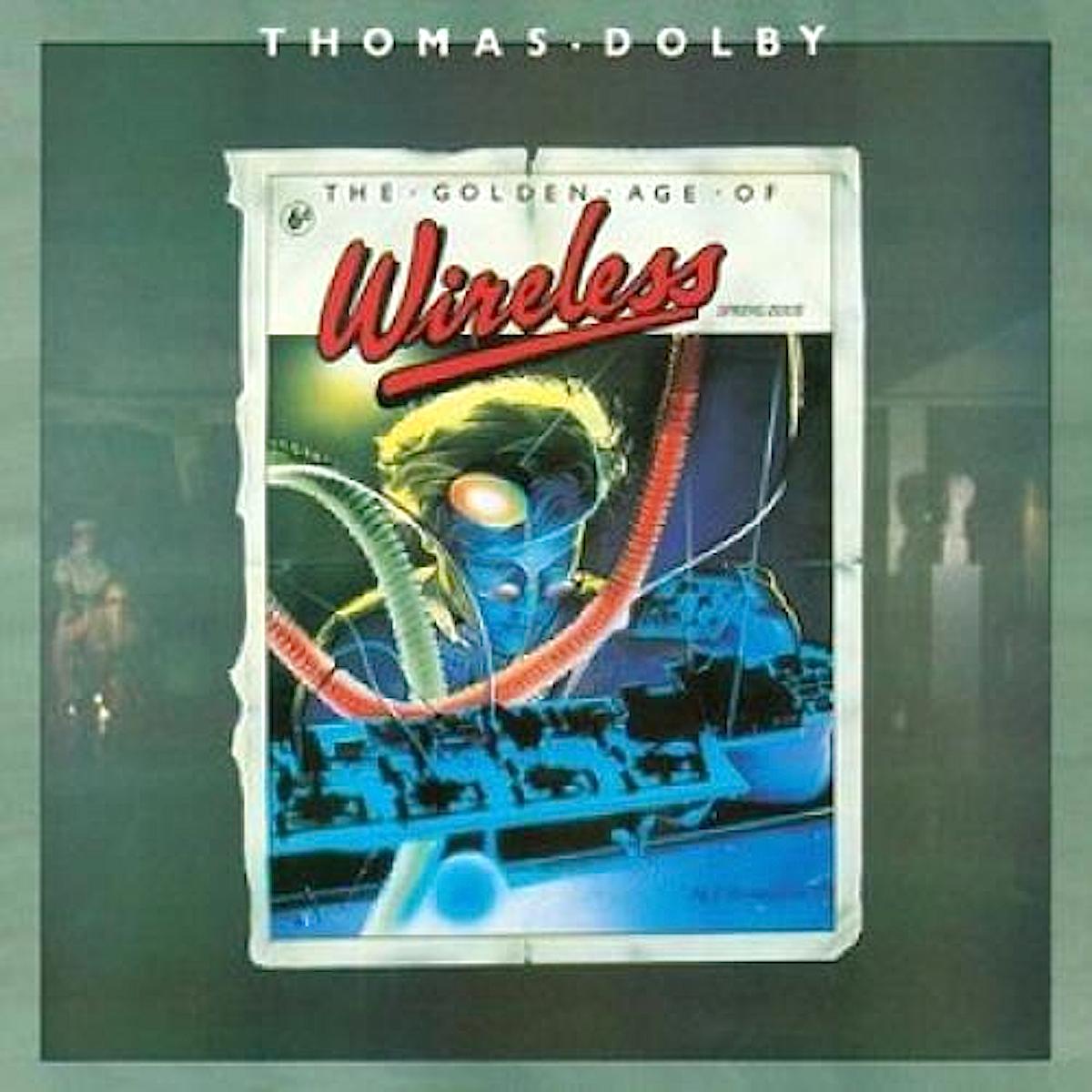 Along with Dire Straits’ Brothers in Arms, the staple musical diet of every British hi-fi show of the mid nineteen eighties was Thomas Dolby’s The Flat Earth. A complex and classy slice of (then) ultra-modern electronic pop music, it also sounded spectacularly good – hence it being such a favourite with manufacturers demonstrating their wares. Although a fine musical work, it cannot compare to Dolby’s debut album that preceded it. Packed with classic synthesisers, it sounds strangely timeless yet is still evocative of the period when electronics were making their way into mainstream pop. More than this, it’s a beautiful, contemplative and moody piece of music that pulls you into the eccentric world of a young man with a spectacular imagination.

Recorded at the height of the Cold War in 1982, thematically it’s rather dour and dark, and tinged with nostalgia. The polar opposite to the Human League’s glitzy Dare – also out that year – Golden Age of Wireless studiously avoids pop music’s normal preoccupations (fashion, fun, romance) and takes the listener into something of a Boy’s Own world of adventure. Dolby recalled how he was writing songs at that time, “in a huge and grim Victorian industrial building, with snow falling on the railway tracks outside, and me surrounded by short-circuited machines hacked together by a man called Igor. It conjures up a strange world whose ecology is rotting while the sheer overload of broadcasted data is nearing saturation point…”

The son of a scientist, Thomas Morgan Robertson received his ‘Dolby’ moniker from school friends who thought he dabbled with his tape deck too much. ‘Morgan’ was EM Forster’s middle name, the famous author and family friend from way back. In an era of one-fingered synth pop and dodgy haircuts, he was a virtuoso musician who performed as well as he programmed. He funded Golden Age from session keyboard playing for Foreigner. Luckily, producer Mutt Lange took his time, and the $500-per-day fees that racked up bought Dolby many weeks at respected high end British studios like Tapestry and Playground. His equipment list was minimal compared to some contemporaries; alongside two analogue synths (a Micromoog and a Roland Jupiter 4) was a PPG Wave computer controlling Simmons electronic drums. He borrowed the rhythm section from Lene Lovich’s band, and renowned guitarist Kevin Armstrong completed the line up. The whole album was recorded without any sequencing for the keyboard parts.

The album kicks off with Flying North, conjuring up dramatic scenes of traversing continents, and runs through classics like Windpower and the fun but throwaway She Blinded Me With Science, then moves to the contemplative Airwaves. One of Our Submarines is Missing is one of Dolby’s most beautiful compositions. With the proceeds from Golden Age, the man spent $140,000 on one of the world’s first digital samplers – the Fairlight CMI – and in doing so moved out of the sumptuous analogue landscape of his first album towards the colder, sharper The Flat Earth. The finest silver disc version is the Japanese pressing (EMI TOCP-6335), but the standard UK reissue (EMI 50999 2 67915 2 4) is also highly listenable.