The Who - Who’s Next 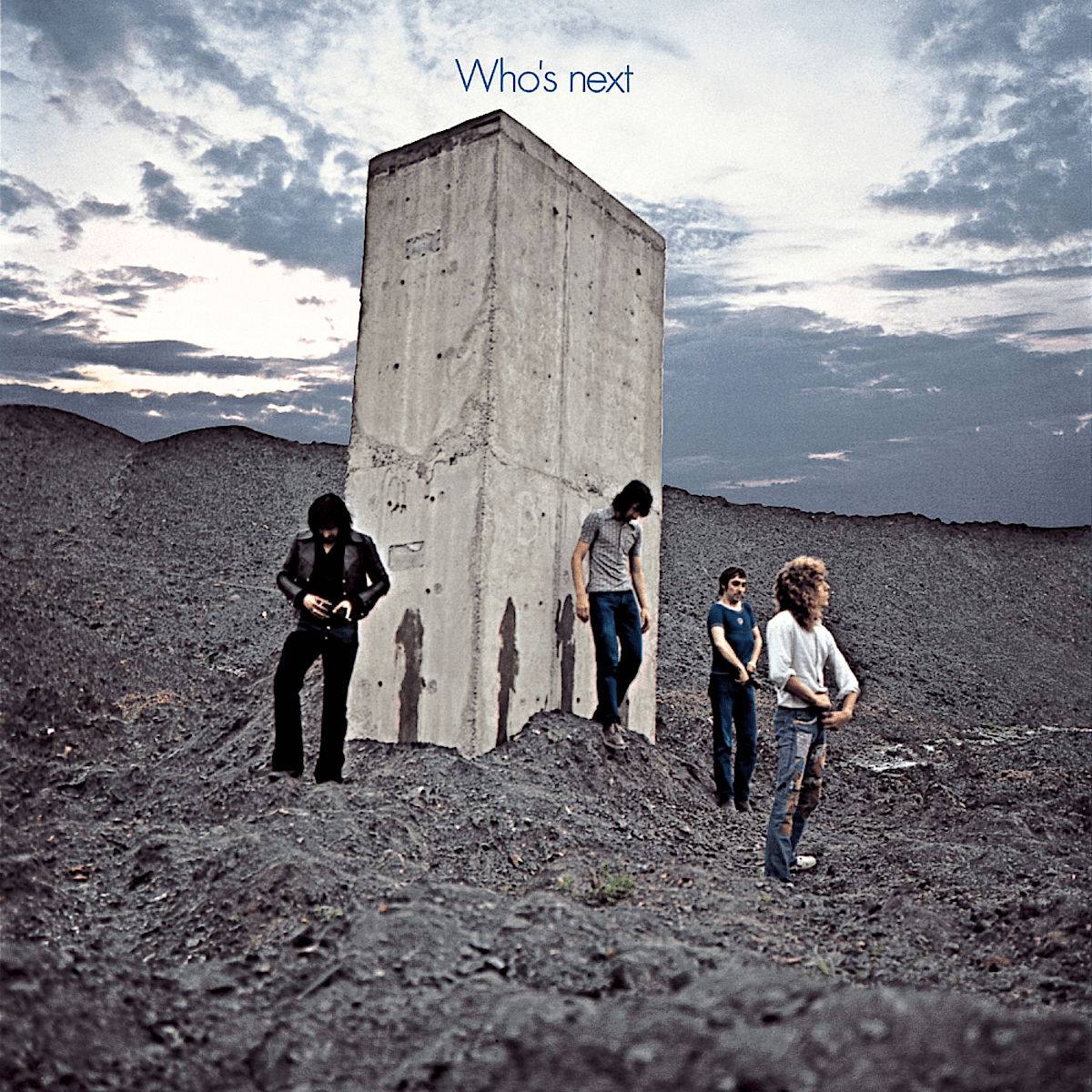 “Gimmick-mongering punks”, was how Rolling Stone magazine’s John Mendelsohn described the band in his original review of this album, at the time of its release in August 1971. Looking back forty five years later, with the band way up in the pantheon of rock and roll greats, it’s hard to fathom this – but before the release of Who’s Next, The Who was very much a rough diamond. This seminal album release changed everything.

A brilliant early seventies rock record, it saw the band on a creative high; fizzing with energy yet musically at the top of their game. The inspiration came from Pete Townshend’s stillborn Lifehouse project – a multi-media rock opera sequel to Tommy – and thematically is melancholic and world-weary. Yet Who’s Next soars with some of the most powerful and expressive rock guitar work ever committed to tape – courtesy of the Gretsch 6120 guitar that Joe Walsh had gifted Townshend just a couple of months before the studio recording. Townshend also makes extensive use of keyboards, with a (now) vintage VCS3 synthesiser that runs through most of the album. Keith Moon’s drumming is at its finest, trading some of his earlier histrionics for some beautifully fluid yet commanding stick work. Alongside Roger Daltrey’s soaring vocals, John Entwistle’s sumptuous bass guitar playing completes the package.

For such a great album, it’s a bit of a mishmash and lacks the grand concept that Tommy, for example, had. The highlight is unmistakably Won’t Get Fooled Again – which sounds as apposite now as it did then, as it bemoans the cynicism of the age. Musically it’s such a tour de force that the other songs have their work cut out, although several come close. The Song Is Over, Gettin’ In Tune and Behind Blue Eyes are all touching, tender ballads that turn into thundering rock, machine-gunned out by the band to spectacular effect. Baba O’Riley starts with a meandering synth section but is soon bolstered by Townshend’s crunching guitar chords and Moon’s bombastic percussion. Even the few fillers are compelling – My Wife races along in sea of guitar, funky piano and crashing hi-hats, while Going Mobile is a simple romp that wouldn’t be half as much fun without Moon’s breathtaking snare and tom-tom fills.

A Townshend production, with engineering help from Glyn Johns, Who’s Next is one of the better recordings of the nineteen seventies. Largely recorded at Olympic Sound Studios in Barnes, it’s beautifully balanced with a big, warm sound and firecracker dynamics that keep the listener wide awake. The 2008 UK CD (Polydor 527 760-2) was – unlike most remasters at the time – done expertly, and the result is something that’s joyous to listen to via a serious silver disc spinner. As is so often the case, the Japanese SHM CD (Universal Music UICY-93750/1) is even better still, with a fractionally smoother and more detailed general feel. Although neither matches today’s audiophile albums per se, both showcase this legendary British rock band at the very height of its powers, and are great fun. “A clearly-defined stylistic statement”, as the Rolling Stone rock writer said.