Music / Album of the Month / The Jam – Setting Sons 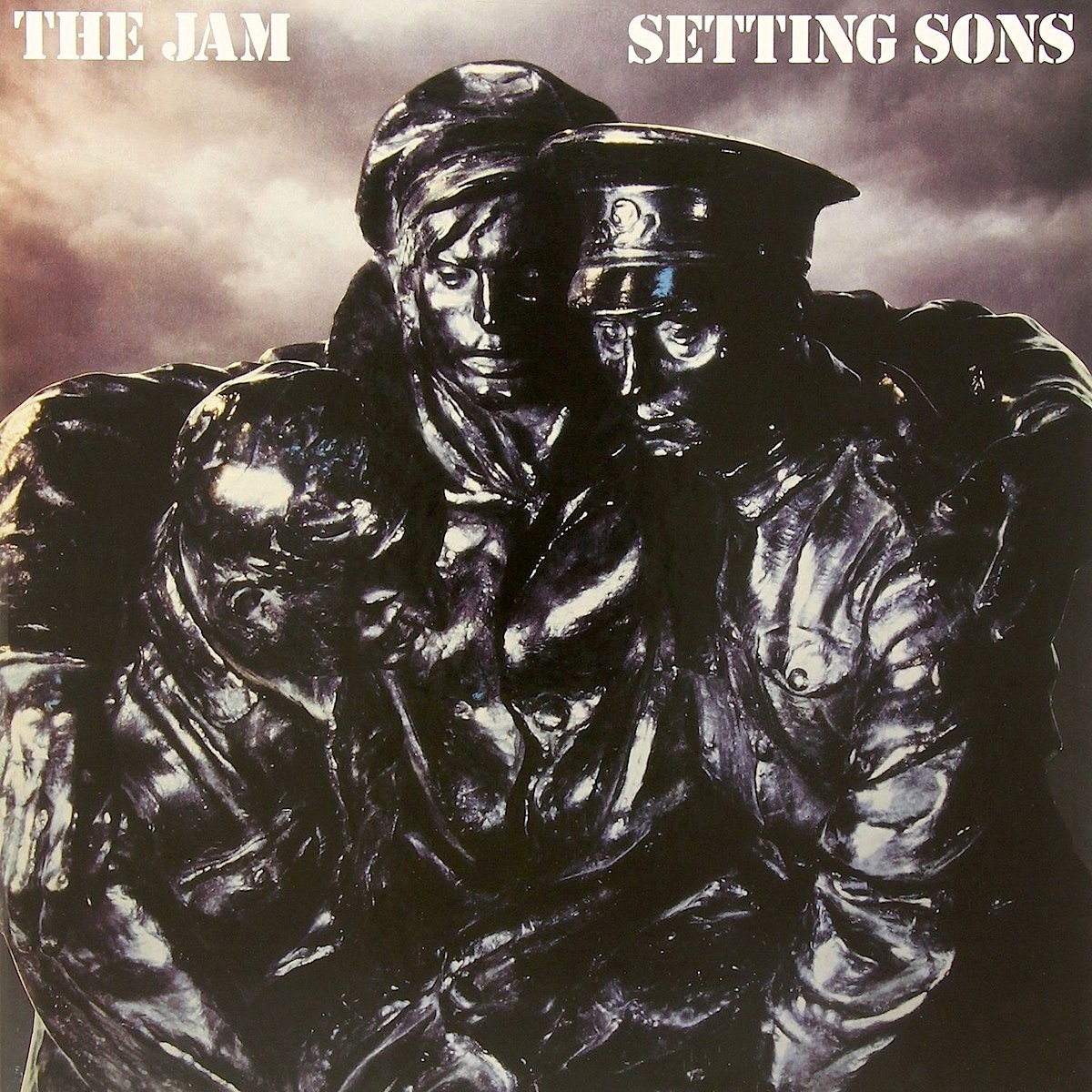 In the stormy month of October 1979, Paul Weller, Bruce Foxton and Rick Buckler were at London’s Townhouse Studios, putting the finishing touches to The Jam’s fourth album, Setting Sons. Finally released on the 16th of November, it took the band from new wave heroes to one of the UK’s strongest popular music forces. Producer Vic Coppersmith-Heaven captured what was at the time, one of British rock’s greatest live bands at their absolute musical peak.

Since the 1977 release of The Jam’s first album In The City, lead singer, guitarist and songwriter Paul Weller had been presenting himself as Britain’s edgiest, angriest young man. Yet his band was actually quite mature and long-established, having been formed back in 1972 at Woking’s Sheerwater Secondary School. The boys did their apprenticeship playing Motown and Stax covers, then became immersed in The Who’s early work. By the time that Setting Sons was released, a more polished Paul Weller was writing polemical yet worldly-wise songs that reflected the social and economic turmoil of nineteen seventies Britain.

Most tracks on the album combine catchy melodies and rousing vocal harmonies, with lots of cranked-up Rickenbacker guitar work from Weller. Foxton supplies pile-driving basslines and Buckler delivers a hard-as-nails, uptempo backbeat. Brusque and edgy but with a keen pop sensibility and reflective lyrical themes, Setting Sons sounds more mature than most other new wave releases of this period, yet is no less powerful. The barnstorming hit single Eton Rifles is its masterpiece, but there are plenty of other highlights including Smithers-Jones and Wasteland – plus an impressive rework of Holland-Dozier-Holland’s Motown classic Heat Wave.

The album’s cover art – a photograph of Benjamin Clemens’ bronze sculpture of The St John’s Ambulance Bearers from 1919 – shows how wilfully contrarian the band were. In a world of glossy, seventies disco-dominated imagery, it was the polar opposite. Yet the album still became The Jam’s best selling long-player up to then, and laid a path for the band’s subsequent stellar chart success. The single Going Underground subsequently shot to the top of charts in early 1980, and made Paul Weller a musical superstar. He stayed in the media spotlight right up until the band split in December 1982 – citing musical differences – having racked up eighteen consecutive UK Top 40 singles. Setting Sons spent nineteen weeks on the UK album charts, getting to No. 4, and also achieved serious sales success in the United States, too.

Although you could never call this album an audiophile recording, it’s a powerful listening experience through a serious hi-fi system. The production is sparse, and in a way this works in its favour because it makes for a natural, organic tone. Musically excellent, it boasts super-tight, beautifully syncopated playing from Weller, Foxton and Buckler, plus a guest appearance from Mick Talbot on piano – who later went on to partner Weller in The Style Council.

Although not cheap, the Japanese ‘super deluxe’ SHM CD [Polydor UICY-76951] is the best sounding version, although new wave rock fans will love this album on any format.