The Isley Brothers – Harvest for the World 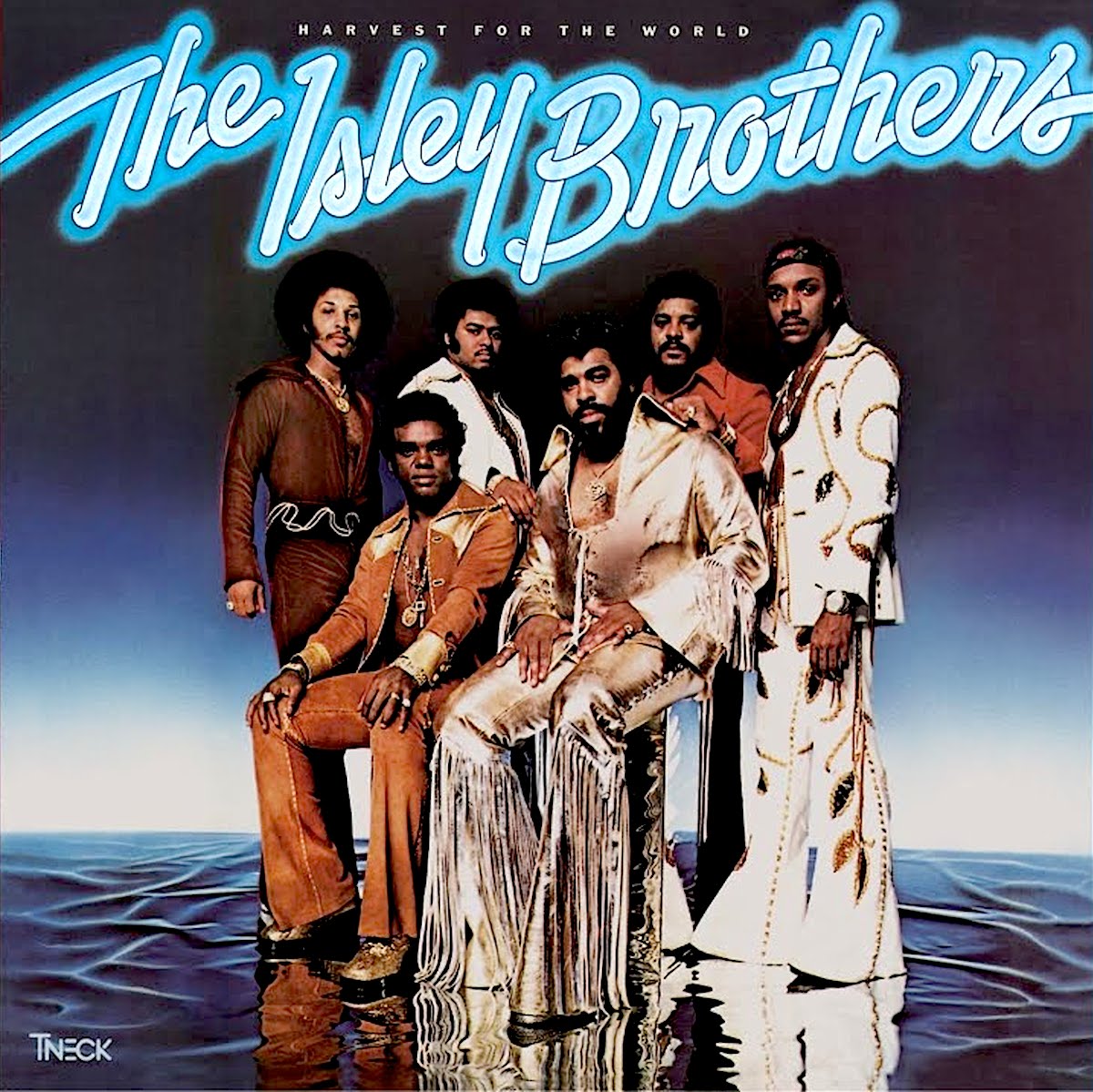 Like so many American soul greats, the Cincinnati-born Isley Brothers started life singing lightweight gospel and doo-wop-influenced pop songs in the late nineteen fifties. By the mid seventies however, the band had changed line-up, instruments and style to deliver some great soul/funk music for the up-and-coming disco era. In May 1976, the band released Harvest for the World, cementing their reputation as serious songwriters and performers. Their fourteenth album – released on their own T-Neck label – fused beautiful harmonies and catchy melodies with savvy, socially-aware lyrics that echoed the sentiments of Marvin Gaye’s What’s Going On, of five years earlier.

The Isley Brothers’ line-up changed over the years, but by the time this album came out it had settled into the six-piece unit that would rack up a number of classy chart hits up to 1983. It comprised Ronald Isley on lead vocals, plus O’Kelly Isley, Jr. and Rudolph Isley on lead and backing vocals, with Ernie Isley on guitars, percussion and drums. Marvin Isley supplied bass guitar and percussion, and Chris Jasper was on keyboard duties. In the case of Harvest for the World, this meant acoustic piano, clarinet and an early ARP synthesiser. The band themselves produced the album, alongside British jazz musician Malcolm Cecil.

Ten years earlier, the band had been signed to Motown with – surprisingly – Jimi Hendrix playing guitar on some of their singles, but they left in 1968. Fame came calling a few years later as they began to infuse rock with soul, scoring hit singles with their self-penned That Lady and a funk-infused cover of Seals and Crofts’ Summer Breeze. Harvest for the World was the album that broke them internationally; recorded at The Record Plant in Los Angeles, it had a distinctively warm mid-seventies, Californian feel and sold over half a million vinyl copies in its first three weeks of release – making it one of the fastest selling US albums ever. It was an appropriately sunny album for an America celebrating its bicentennial year.

The opening Harvest for the World (Prelude) – and then classic song following it – are surely the album’s highlight. The sense of tension rises as the mood switches from a soulful piano-driven ballad into an upbeat, acoustic guitar-driven protest song. Musicianship is superb, with beautifully syncopated piano work and percussion, alongside Ronald Isley’s plaintive but gutsy vocals, and brothers O’Kelly and Rudolph backing him. The album runs the gamut of styles, from the funky Superstition-era Stevie Wonder-tinged People of Today to the more mellifluous Superfly-period Marvin Gaye feel of (At Your Best) You Are Love.

Although by no means an ‘audiophile’ recording, Harvest for the World nevertheless has an earthiness and honesty that makes it a pleasure to play on any serious hi-fi system – and the sheer virtuosity of the musicianship is hard to miss. It first reached Compact Disc in Japan in 1995 [Sony Records SRCS 6465], but the later 2011 UK remaster [Big Break Records CDBBR 0083] sounds decent enough and is a more easily attainable introduction to The Isley Brothers canon.