Music / Album of the Month / The High Llamas – Hawaii 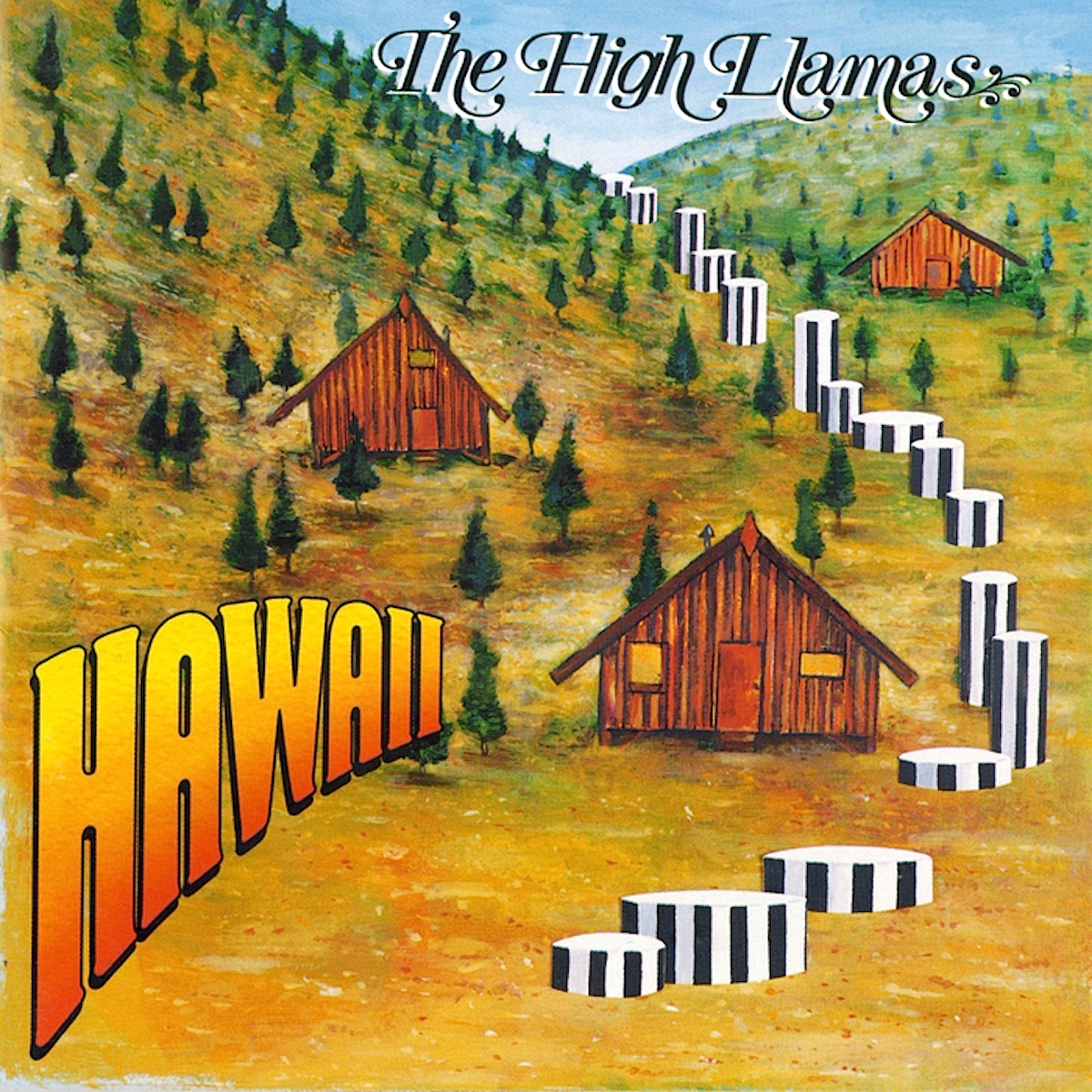 One of the common criticisms of pop music – something that began to gain traction in the early nineteen nineties – is that it has effectively become trapped in an endless loop of borrowing from the past, and that there’s no new artistic innovation anymore. The High Llamas could be accused of this, because they channel The Kinks, The Beach Boys, 10cc and many other golden greats, but that’s only half the story. In truth, the band’s sound is infused with a variety of influences, yet still comes out as distinctively their own. One of the greatest pop groups that nobody’s ever heard of perhaps, they’re consummate musicians and – as Hawaii proved – fine songwriters too.

Formed in 1992, The High Llamas comprise four main soloists, with a vast array of additional collaborators. Lead singer Sean O’Hagan is a brilliant writer of breezy pop tunes who earned his stripes in eighties indie band Microdisney; if Steely Dan had come from a small town in Ireland where it rained all the time, this would be them! Highly proficient at guitar and keyboards, on Hawaii he was joined by John Bennett on guitar, multi-instrumentalist Marcus Holdaway on cello, harpsichord and piano, and Rob Allum on sticks. The album also features flugelhorn players, tenor sax, flutes and violins; its brilliance is that despite the complexity, it comes across as a simple, breezy collection of winsome pop ditties. As with O’Hagan’s former band, these can become quite dark, with acerbic vocals that go heavy on the cynicism but are still full of humour.

O’Hagan’s musical influences span nineteen fifties and sixties American pop to Brazilian jazz, film soundtracks and European avant-garde electronic music. There’s a good deal of Brian Wilson-style soft psychedelia too, and this comes to the fore in Hawaii. Indeed, he actually played at some Beach Boys gigs, and had also done backing duties for Arthur Lee’s Love a few years before this album was released. Just to make life even more interesting, at the time that Hawaii came out on March 25th, 1996, he had been working with several members of Stereolab in his Turn On side-project – and there’s more than a little experimental synthesiser work on this album too. The result is something that sounds like a kind of mutant outtake of the Beach Boys’ Pet Sounds and Smile sessions, done thirty years later.

Hawaii is a mixture of seemingly disparate themes – all united by the beautifully melodic, sauntering arrangements that tie it together. There’s a good bit of nostalgia, some thoughts on the effects of colonialism and occasional nonsense. Don’t expect any Roger Waters-style philosophical invective, or profound observations on the nature of being, however. Devoid of standout hit singles, this album is best listened to from start to finish, where you get the full benefit of its capacity to transport you to a charmingly whimsical world, packed with wry observations about humankind. It’s not the destination, but the getting there that counts, you see. Well recorded, beautifully produced but not an audiophile recording in the traditional sense, the original British release [Alpaca Park CD WOOL 2] sounds fine – but is best experienced through a serious digital source.