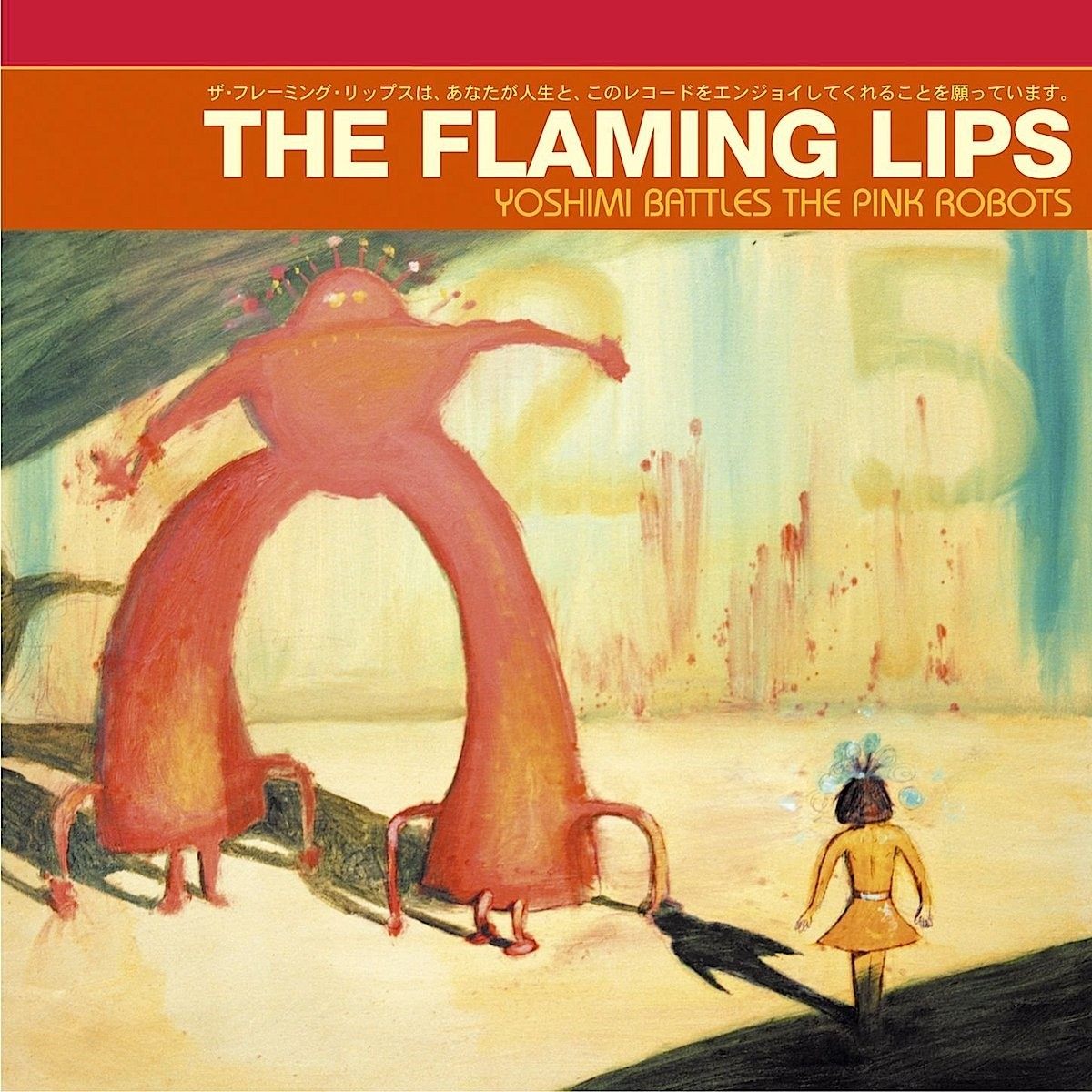 Some rock bands find success later in life, and The Flaming Lips was one of them. Formed in Norman, Oklahoma in 1983, it took nearly two decades for the guys to really get traction amongst the music buying public. Yoshimi Battles the Pink Robots was the album that did it; an unlikely collection of pop, psychedelica and squelchy electronics that glued the sound together. It’s hard to point out the band’s influences because this album is such a mishmash but think Neil Young meets Stereolab meets XTC and Robyn Hitchcock, and you’re some way there. One of its strengths is that it’s so hard to pigeonhole, from a decade where everyone from Eminem to The White Stripes were wearing their influences on their sleeves. The Flaming Lips inhabited their own unique world rather than flagrantly copying others.

The original line-up comprised brothers Wayne and Mark Coyne on guitar and vocals respectively, plus Michael Ivins on bass and Dave Kotska on drums. Mark duly left, leaving Wayne to take over as lead singer, then Nathan Roberts soon took on the drumming role. They were known for their striking live shows in the early years, and this caught the attention of Warner Brothers; 1999’s The Soft Bulletin crystallised the band’s gently psychedelic, ‘art rock’ sound, which showed traces of Pet Sounds-era Beach Boys. Recorded at Tarbox Road Studios in New York, Yoshimi Battles the Pink Robots was released three years later, and showed the band to be at the height of their creative power.

A concept album of sorts, it sports Japanese anime artwork themed around guest musician Yoshimi P-We’s imaginary battle with robotic machines. Steven Drozd had joined – and then become a major force in – the band, picking up songwriting credits to go with his clever drum and keyboard work. Co-producer Dave Fridmann also helped with the songwriting, and the result was one of the most polished pop/rock albums of the new century. Released on July 15th, 2002, it was highly praised by critics and helped to break The Flaming Lips commercially. It’s an interesting – if slightly disjointed – series of reflections on love, the transience of life, emotions and artificiality. There’s a sci-fi feel to the proceedings, as Yoshimi’s story is told in the first four tracks, which segue neatly into one another.

Indeed, these opening songs  Fight Test (a reworking of a Cat Stevens song), One More Robot/Sympathy 3000-21 and Yoshimi Battles the Pink Robots Parts 1 and 2  have a rather symphonic feel. Later on, the album becomes less structured and instead meanders along with beautiful ballads such as It’s Summertime, while the last track – Approaching Pavonis Mons by Balloon (Utopia Planitia) – won a 2002 Grammy for Best Rock Instrumental Performance. More usually heard in heavily guitar-based indie rock, Wayne Coyne’s plaintive vocals are an acquired taste, but really contribute to the album’s eerie sound. Heavily processed and full of electronic effects, it’s no audiophile masterpiece, yet still got a 24/96 DVD-Audio release (Warner Bros. 9362 48581-9). This remains the best way to hear it, although the original CD (Warner Bros. 9362-48141-2) is still highly enjoyable.