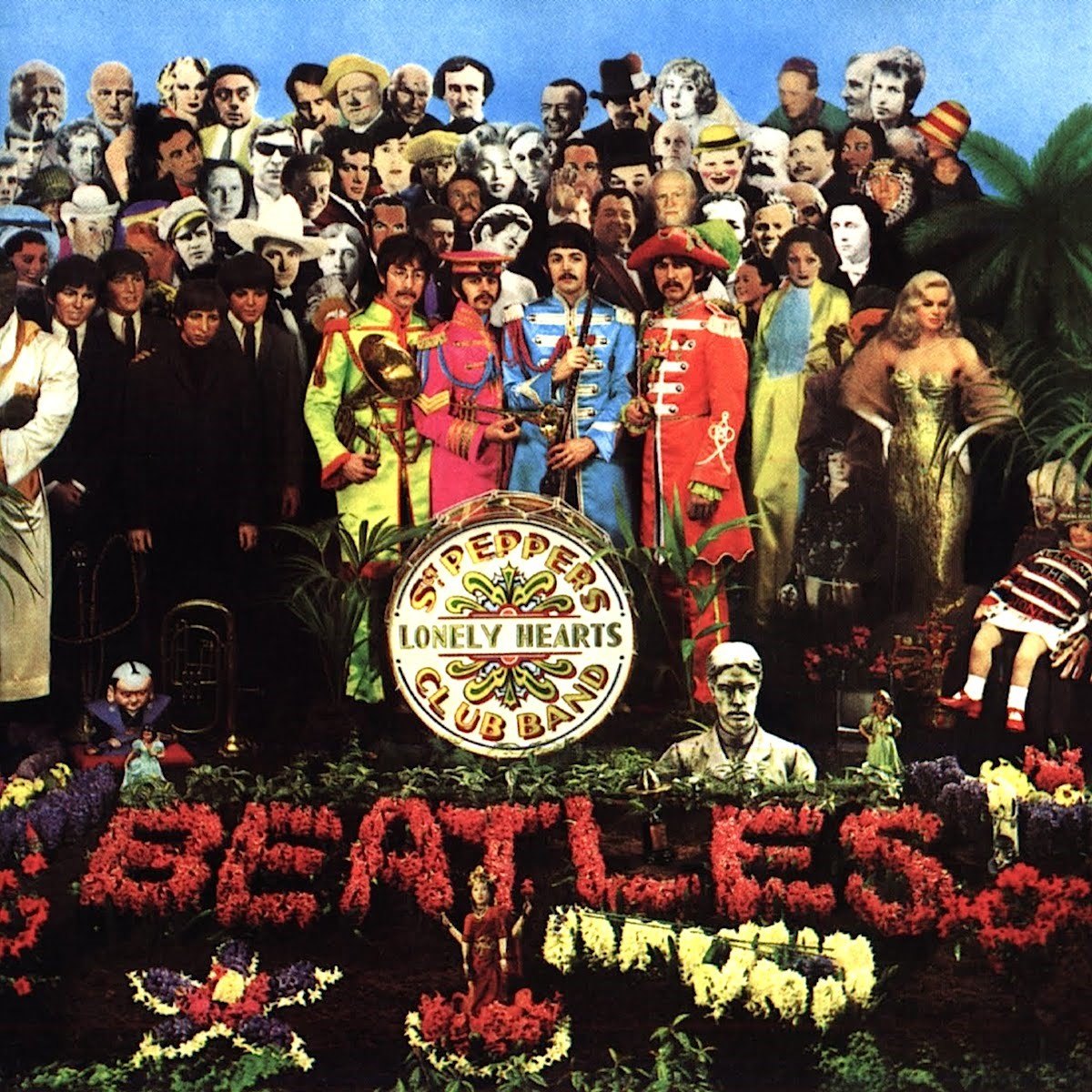 It was fifty years ago that The Beatles realised their most innovative and memorable album. On June 1st, 1967, the band’s eighth studio release appeared to mixed reviews by critics. It was the first LP that didn’t present the ‘Fab Four’ as cute, cuddly pop stars, and instead took a more mature view of the world. At the same time, it moved into more controversial thematic territory, with obvious drug allusions which earned it the tag, “psychedelic”.

Sgt Pepper brought a greater diversity of musical styles, with longer and more complex songs knitted together to form a single work. Rock writers praised it as the first ever “concept album” – a collection of songs with a single overarching theme, rather than a disparate and unconnected series of sketches. This made the album all the more significant – indeed it changed the popular music world forever. People still talk in terms of pop before and after this landmark release, as everyone from Pink Floyd and ELO to Stevie Wonder and Radiohead have taken this idea, and run with it.

The cover is graced by a clever photomontage of (then) contemporary British cultural icons. The Beatles – playing the role of Sgt Pepper’s Lonely Hearts Club Band – appear in costume, in the middle gatefold section of the sleeve. Cue up the disc and we hear the band tuning up, then introducing themselves, and soon we’re into a sequence of brilliant Lennon and McCartney compositions – everything from With a Little Help from my Friends and Lucy in the Sky with Diamonds to When I’m Sixty Four and A Day in the Life. The John Lennon songs are more cutting and acerbic, the Paul McCartney tunes have a tinge of classic music hall, and are pure pop. Allied to this is the experimental sitar-infused George Harrison number, Within You, Without You.

The album’s themes are an eclectic mix of quirky folk ditties (“lovely Rita meter maid, when are you free to take some tea with me?”) and the emerging hippy counterculture of the late sixties (“picture yourself in a boat on a river, with tangerine trees and marmalade skies”). The album takes you into a new world that’s a varied mixture of emotions, but still the songs blend together seamlessly thanks to the brilliant George Martin production. He used the four-track Abbey Road Studio Two to great effect, creating new and unusual sounds whilst knitting everything together to give a single coherent feel. The stereo mix of the album must have sounded breathtaking to the lucky few who owned the equipment able to play it back in 1967.

Sgt Pepper is a bold and audacious album by a band at their creative peak, backed up by the most advanced recording technology available at the time, and brilliantly packaged as a pop product. Unsurprisingly, it was massively popular – hitting the number one spot in the UK for twenty seven weeks, and in the USA for fifteen. Now in 2017, it has sold over thirty million copies globally. There are myriad versions, but the definitive CD remaster (Apple Records 0602557455458) is a great way in to this superb album.