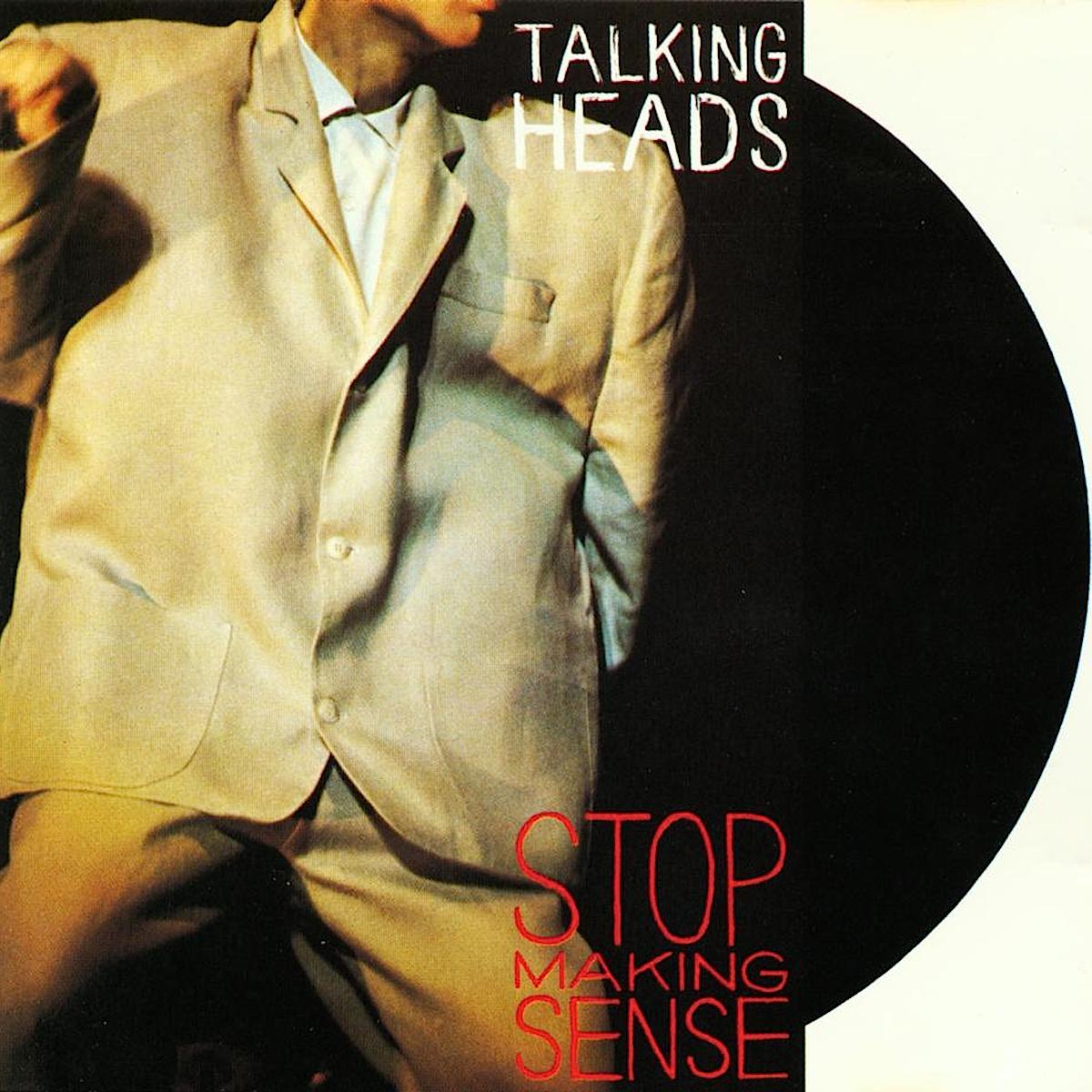 There were many great pop records that came out of the nineteen eighties, and this was one of them. Whilst wine bars buzzed to the sound of Sade’s Diamond Life and FM radio crackled to the strains of Simply Red’s Picture Book, Talking Heads’ Stop Making Sense soundtracked the lives of indie rock fans, pop fans and students alike. Released in September 1984, it was by far the biggest hit record the band ever achieved in the UK, and was notable for two things. First, it was a soundtrack to a film of a live concert, and second it was effectively a ‘greatest hits’ package of the band’s best-selling single releases. Admittedly, until then Talking Heads hadn’t achieved mainstream commercial appeal, so those singles hardly troubled the charts. But thanks to this album, for a moment at least, the band made it big.

Formed in New York City in 1975, Talking Heads came out of the art rock scene that was to sweep the likes of Blondie and The Ramones to critical acclaim and then chart success. It was the unusual combination of a number of gifted, creative musicians cemented together by the relationship between Scottish-born David Byrne (lead vocals, guitar) and Jerry Harrison (keyboards, guitar), with a great rhythm section courtesy of Chris Frantz (drums) and Tina Weymouth (bass guitar). They soon began collaborating with Brian Eno and created three critically acclaimed early albums – More Songs About Buildings and Food (1978), Fear of Music (1979), and Remain in Light (1980). These set the foundations for Stop Making Sense, which reprised much of the music from this period – live and on a grand scale.

The album was the edited soundtrack to Jonathan Demme’s concert film of the same name, and arguably one of the most successful recordings of its type. Whilst many live albums involve sacrificing perfect studio sound for the vagaries of a concert venue, Stop Making Sense has a cathedral-like recorded acoustic, a rich and fulsome sound and the spontaneity of a band at their musical peak. All the stars seemed to align for it, and the result was much better than the band expected. Chris Frantz later called it, “funky and big as a house. (Or should I say church?)” It’s a great snapshot of the band’s early phase, just at the time when they were transitioning to being stadium material.

The track listing is a delight – all Talking Heads’ best songs were there. Psycho Killer, Once in a Lifetime, Burning Down the House, Slippery People, This Must Be the Place (Naive Melody), Girlfriend is Better and Genius of Love are all masterpieces in their own quirky ways. Byrne’s lyrics are oddball, funny, poignant and challenging – while his performance seems quite electric, and the rest of the band back him with power and punch. There’s also a powerful spontaneity and edge to this album that is down to it being one of pop’s great live recordings, and this is deftly captured by producer Gary Goetzman. There are umpteen excellent remasters of this seminal album, with the CD/HDCD Special Edition [EMI – 7243 5 22453] released in 2000 as good as any.