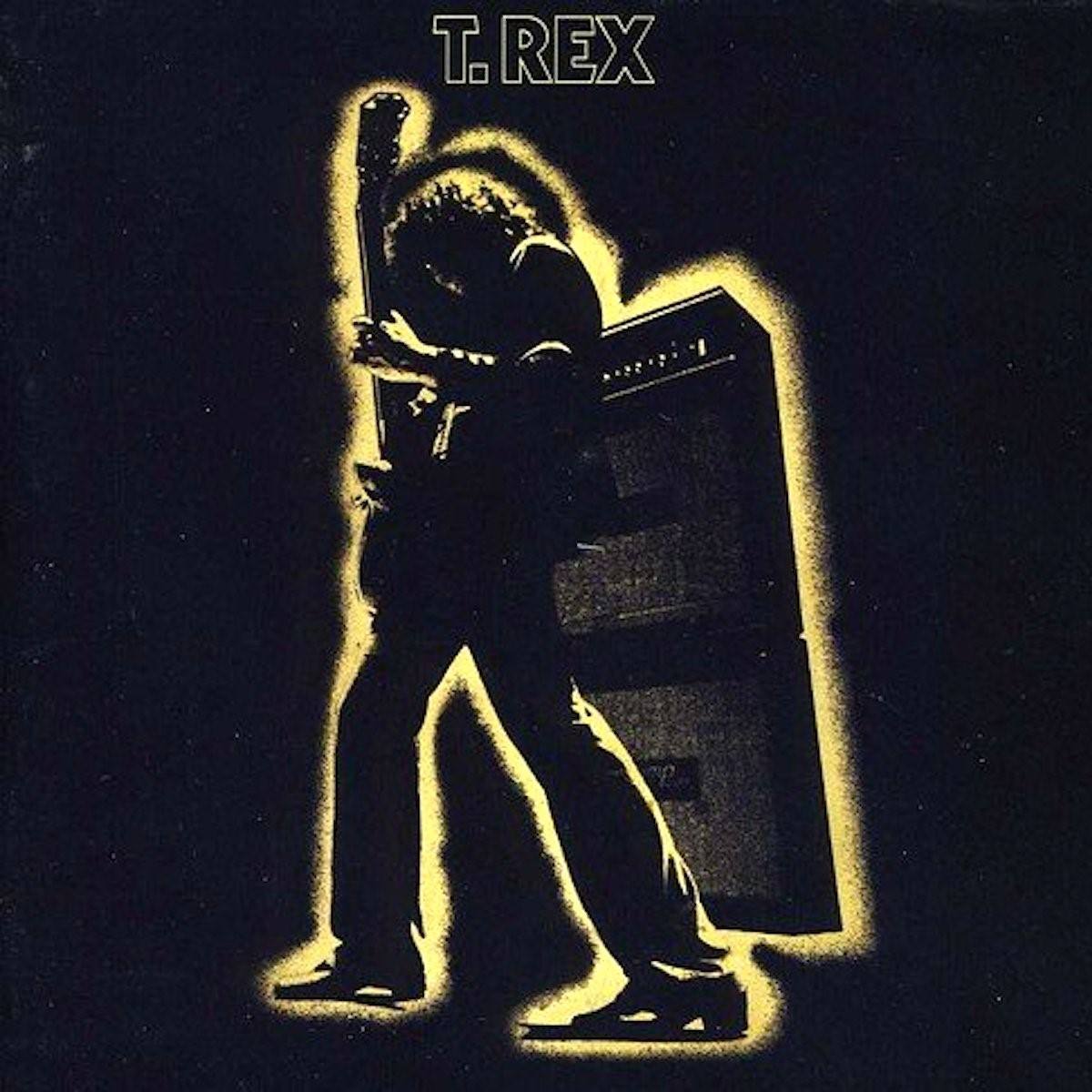 Just as the death of Elvis Presley on August 16th, 1977 was a tragedy, so too was the passing of Marc Bolan exactly one month later – for the many fans of glam rock, this was the real day that the music died. Bolan was a force of nature, an oddity and an eccentric. Like so many in showbusiness, he was tortured and traduced, yet had an impish charm that attracted teenage girls and boys alike. His manner was gentle, his music beautiful, and forty years ago this month he became immortal.

Marc Bolan’s early work was patchy. There was a lot of it, and as Tyrannosaurus Rex he often missed the spot with four rather laboured psychedelic folk albums to show for it. Bolan was a devourer of culture and used to drink it in; his early work was often charming but there was a sense he was highly self-conscious and just a little too concerned with what else was fashionable. Suddenly in 1970 however, he and his cohort Mickey Finn renamed the band T. Rex and released Ride a White Swan, and things would never be the same again.

Rex emerged blinking into the sunlight as a fully formed band complete with electric guitars and a bold new sound – thanks in no small part to producer Tony Visconti – that very quickly came to dominate the British charts, and then beyond. Bassist Steve Curry and drummer Bill Legend made a tight four-piece that began making highly memorable music, packed with great guitar riffs, infectious hooks and some very curious and often baffling nonsense lyrics. This found its ultimate expression in Electric Warrior, released 24th September, 1971, just six years before Bolan’s car crash that brought things to a tragic and cruelly premature end.

The band’s sixth album, it was the first ‘full electric’ one and a bold manifesto for the new ‘glam rock’ movement. Recorded in London, LA and New York, it reached number one, and went on to sell more copies than any other album of that year. Like so many great long players of that era, the sleeve was designed by British art design group Hipgnosis, and became an iconic pop art image in its own right. Its lead single Bang A Gong (Get It On) was a huge chart hit, and was swiftly followed up by Jeepster. It showed Bolan at his absolute height, releasing song after song that bothered the very top of the hit parade. Cosmic Dancer – arguably the finest song on the album – was never released as a single.

Pop music is of course disposable, but there’s something about this disc that really stands the test of time. More than just an authentic taste of the early nineteen seventies’ music scene, it’s a charming collection of songs that revels in its silliness. Packed with repetitive yet infectious hooks, the anthemic songs grow inside you. Electric Warrior is so likeable because it doesn’t pretend to be great art – yet despite those nonsense lyrics full of non sequiturs, it is unerring fun.

Those listening to Electric Warrior in hi-fi mode will be disappointed. It is however surprisingly fine sounding if played on truly top flight systems; in lesser hands it comes over as a bit of a dirge. A&M Records’ 2010 Japan-only SHM-CD (UICY-20105) release is the best of a bad bunch sonically, but the beautiful music still shines through.