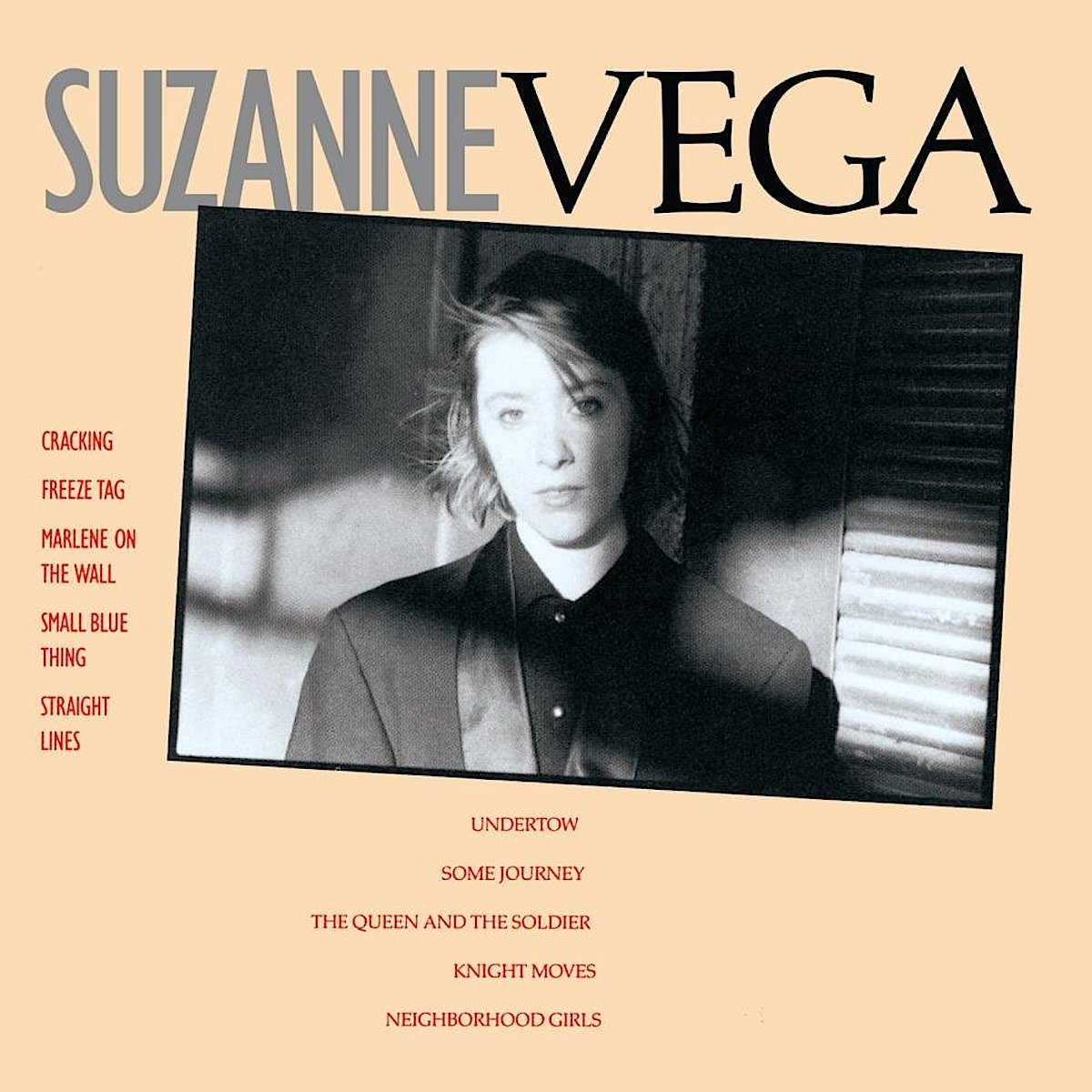 There was a time during the mid nineteen eighties when you could drive around the fashionable areas of any British city on a summer’s evening and hear this album waft gently out of the open windows. Like Simply Red’s Picturebook and Peter Gabriel’s Sledgehammer, it showed how the world was moving to more sophisticated sounding pop that mixed classic styles with a contemporary sound. Sultry, smooth and gently soulful, Suzanne Vega’s first, eponymous, album blended folk music and rock in a fresh and new way.

1985 was the year that the musical excesses of the early eighties – post punk, new romantic, early indie – finally faded away. That generation of music lovers was beginning to grow up and join the wider world. They kept their sense of edginess and art-school cool, but now wanted music to soundtrack their adult lives. Although Vega’s influences were folk greats like Joan Baez, James Taylor, Carol King and Joni Mitchell, this album brilliantly brought the genre into the eighties, with a more lyrically introspective and spiritual take on life. The protest songs had gone, but the folk sensibility was still very much alive.

Something else that Suzanne Vega left behind was nineteen seventies production values; this album sounded as fresh as anything released that year, and thanks to the relative sparsity of its excellent production (courtesy of Patti Smith Group’s Lenny Kaye), has dated less than its contemporaries. It eschews the layered electronics – often piled on with a trowel – of many chart records of that time, sticking instead to a beautifully recorded steel stringed acoustic guitar overlaid by Vega’s fragile, softly textured voice. Light synthesiser backing is added to some tracks, but it’s all done in the best possible taste.

The singer – born of a British father and German/Swedish mother – grew up in the sunshine of Santa Monica, California. Vega had an abiding interest in folk and rock music, and watched the two blend beautifully in the nineteen seventies. She moved to New York to study English literature, where she sang in bars to pay her way through college. This not only got her the record deal that delivered this album, but it makes for something that is lyrically deep and poetic. The songs show her to be a fine wordsmith, giving an extra dimension to the usual ‘boy meets girl’ schmaltz that infested eighties pop charts.

Marlene on the Wall proved a surprise international hit, but the whole work is surprisingly strong – from the delicate Cracking to the dark Knight Moves. Along the way, we hear the beautiful Undertow, complete with lovely Synclavier work and backing strings, while Some Journey has a rousing electric violin solo. Neighborhood Girls has some captivating electric slide guitar, too. Overall, the album sounds sparse, spacious and detailed in a way that none of its antecedents from a decade before do. The simple beauty of the words and music shine through.

All versions of this album sound great, but the original 1985 CD pressing (A&M Records CDA 5072 CD) is superb thanks to minimal compression. The Japanese version of the same (A&M D32Y3037 CD), is the finest outright thanks to superlative disc pressing quality, but is hard to find.