Music / Album of the Month / Supertramp – Crime of the Century

Supertramp - Crime of the Century 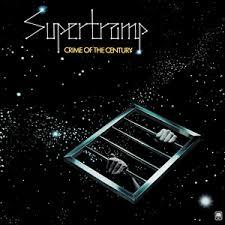 Back in the nineteen seventies, it was impossible to attend a hi-fi show without hearing this multi million-selling rock album blasting out from any number of manufacturer’s rooms. Its recording quality and production values are legendary, yet unlike many so-called ‘hi-fi records’ Crime of the Century goes beyond the silky sophistication of its sound to deliver a string of superbly crafted Rock songs.

Despite its obvious quality and multi-Platinum sales, Supertramp’s third long player never went on to achieve the reverence that Pink Floyd’s Dark Side of the Moon garnered. Released eighteen months earlier, the latter is now lauded as a masterpiece while the former has been largely overlooked. It’s odd, because these two seminal seventies albums have much in common – thematically, musically and in terms of genre-defining production values.

Like most Progressive Rock albums of its day, Crime of the Century has a common narrative theme across its eight songs, soundtracking anomie, angst and introspection – in marked contrast to the Glam Rock that inhabited the Pop charts at the time. It is musically complex, with songs such as School moving through multiple sections and time signatures, yet this is done subtly to avoid showiness. Paul Wakefield’s cover design seals the deal; lending an amusing visual pun to the album’s theme.

Supertramp had two great creative forces; Swindon-born Rick Davies and Portsmouth-boy Roger Hodgson. Davies was the band’s keyboardist, but ironically the piano was Hodgson’s favourite instrument; according to legend he found himself playing bass because the band couldn’t find anyone more suitable, despite extensive auditioning. This meant there was real strength in depth, with both men versatile instrumentalists and both playing commanding roles in songwriting, singing and playing.

In Britain the album was best known for the single Dreamer – one of several fine Roger Hodgson compositions – which had heavy radio play in the mid-seventies, but every song is excellent in its way. In the US, Rick Davies’ Bloody Well Right made its mark and saw the LP’s sales certified Gold by 1977. Heavily driven by Hodgson’s piano work, the album also sports some superb guitar solos, fine string arrangements and harmonica work. The slick Ken Scott production is a state-of-the-art mid seventies affair, taking advantage of multitrack analogue mixing techniques unavailable just several years previous. Recording quality was so good that many thought it to be the best sounding Rock album ever, for much of that decade.

Crime of the Century is now in its fortieth year, and has sold tens of millions of copies globally. Yet its tuneful, melodic songs are routinely overlooked as the Rock press continues to shower praise on Supertramp’s contemporaries like Pink Floyd, Queen, The Who and Genesis. Perhaps it’s because the band’s music was just a little too slick? Closer to Fleetwood Mac’s Rumours than Pink Floyd’s DSOTM, it does lack some of the dark, brooding intensity of the latter. Still, this record is far too good to be forgotten – and well worth picking up on CD (A&M 393 647-2) or in high resolution 24/96 2.0 PCM on the new Universal Music Blu-ray release.