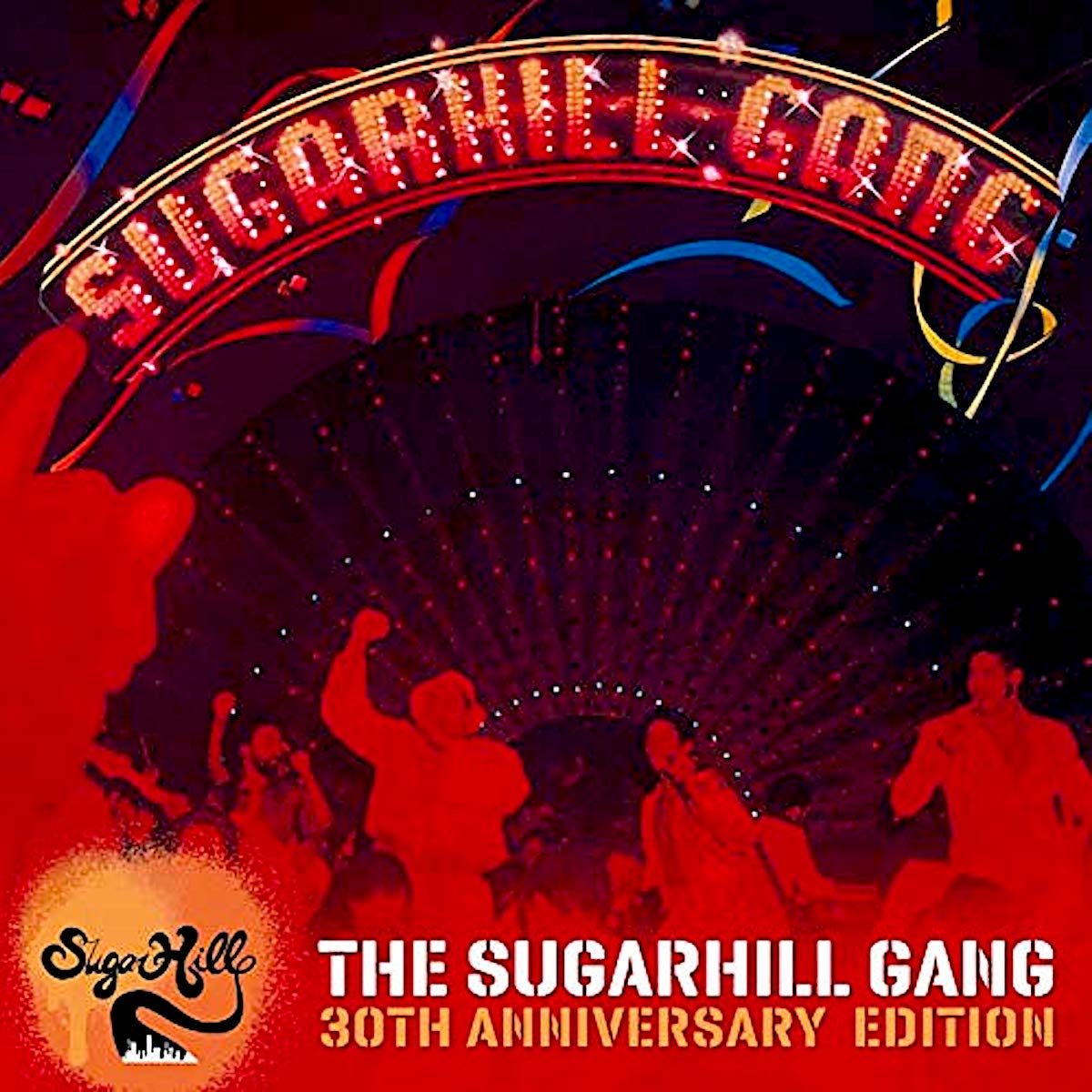 Many pop music milestones are widely celebrated. Much has been written about the day The Beatles signed to Parlophone for example, or how Malcolm McLaren met John Lydon and formed the Sex Pistols. Yet there are others, such as when Kraftwerk shaped up to record Autobahn – thus launching modern electronic music – that are less well documented. The case of Sugarhill Gang is even more obscure; three young men from Englewood, New Jersey, created what was in effect the world’s first ever commercial rap record – and it went on to spawn a huge new genre of music.

Released on February 7th, 1980, The Sugarhill Gang is a forty minute-long album that contains the single Rapper’s Delight, which came out on September 16th, 1979. It got to number 3 in the UK singles charts, and 36 in the USA’s Billboard Hot 100. The album itself isn’t remarkable for anything aside from the fact that it contains the full, unalloyed 14 minute, 37 second version of the ground-breaking single – the latter was edited down to 4 minutes 55 seconds for seven inch vinyl release. The other tracks are light soul music flavoured fillers, plus one predictable disco instrumental. The reason for this is that the producer Sylvia Robinson thought that an album comprised entirely of hip hop music simply wouldn’t sell.

Sugarhill Gang comprised rappers Big Bank Hank, Master Gee, Michael ‘Wonder Mike’ Wright, with a backing band including Bernard Rowland (bass), Bryan Horton (drums) Albert Pitman (guitar) and Nate Edmonds (keyboards), with assorted extra percussionists and backing singers. In the words of Master Gee, “when I was in tenth grade in New Jersey, I went to a party and heard someone talking rhythmically through a mic. “That’s rapping,” he said. It was something we did at parties. Nobody thought of it as commercial. Then Sylvia Robinson, founder of the hip-hop label Sugar Hill, decided to make a record, and looked for talent in New Jersey. Big Bank Hank rapped and made pizzas, so she auditioned him in front of the pizza parlour. I rapped in her car, then Wonder Mike was next. “I can’t choose, so I’ll put you all together”, she said.”

Robinson chose Chic’s Good Times as the backing track for Rapper’s Delight, with the intro from Love De-Luxe’s Here Comes That Sound Again. Because there were no commercially available samplers back then, Positive Force were called in to physically play Good Times, and it was rapped over. At the time, Chic’s Nile Rogers was not happy, and legal action soon followed – but he now says that Rapper’s Delight is one of his favourite songs. “I thought we’d made the first rap record,” said Master Gee, “then I was at a party and heard the Fatback Band’s King Tim III, which featured rapping with singing. I thought someone had beat us to the punch. But they’d made it a B-side, and ours became a smash!”

This is an essential purchase for any serious hip-hop fan, simply for its full, unexpurgated version of Rapper’s Delight. The best way of hearing it is via the 30th Anniversary Edition CD [Sanctuary Records Group Ltd. 0602527427478] released in the UK in 2010.