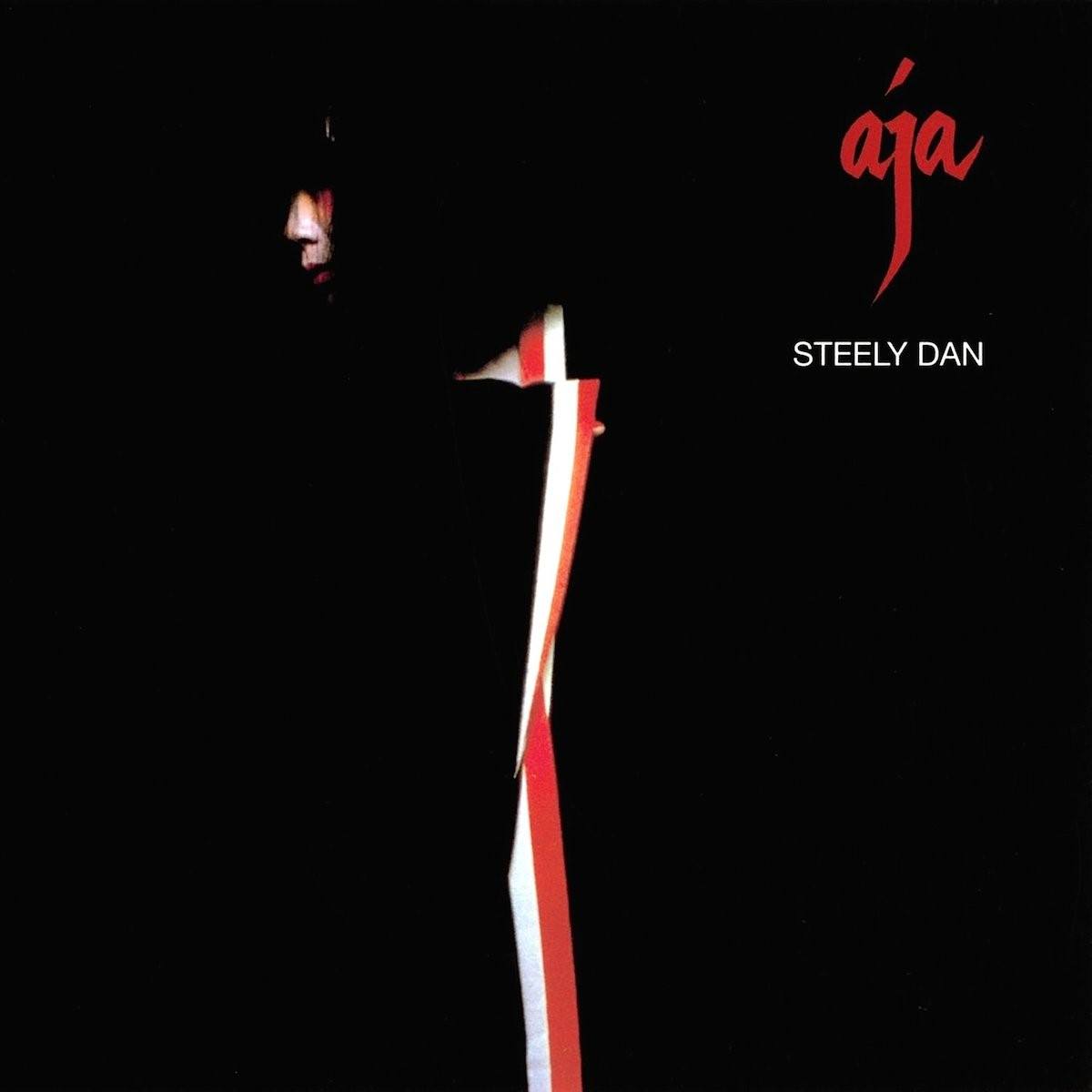 The contrast couldn’t have been more dramatic. Just as the Sex Pistols began recording one of Britain’s best selling long players of 1977 at Wessex Sound in London, Steely Dan was at the The Village Recorder studios in Los Angeles, laying down one of the USA’s most popular albums of that year. And whereas Never Mind the Bollocks was all E bar-chords and angst, Aja was – and still is – thought by many to be the most perfectly polished rock recording ever made.

Fascinatingly though, despite its sky-high production values – which won it a Grammy for best engineered album of that year – the sixth album by Steely Dan isn’t the syrupy affair that one might expect. The band (vocalist Donald Fagen and instrumentalist Walter Becker, plus a litany of other gifted session men) were after all New York City boys, and this gives the beautifully crafted and played songs an edge that you simply don’t hear in other ‘jazz rock’ standards. Sophisticated and striking, the cover of Aja hints at what lies within. Against a sea of black, we see only the stripe of model Sayoko Yamaguchi’s dress and the side of her face. It alludes to the album’s Asian theme, a continent that held great mystical allure for Fagen.

The laconic Black Cow kicks things off, and introduces two of the many stellar session men playing on the album – Joe Sample plays clarinet and Larry Carlton is on guitar. It then segue-ways into the title track, named after the Korean wife of a childhood friend. An eight minute epic, it shuffles between rock and jazz topped off by a spectacular saxophone solo from Wayne Shorter and sparkling drumming from Steve Gadd. The magic continues with the melancholic Deacon Blues, with Lee Ritenour helping out on guitar. Written about someone Fagen described as “a triple L loser”, the song personifies the album’s eccentric mix of sugary melodies and acidic lyrics. Set over soft Fender Rhodes jazz piano playing, Fagen sings, “I’ll learn to work the saxophone, play just what I feel, drink Scotch Whisky all night long, die behind the wheel…”

Peg sees Michael McDonald of The Doobie Brothers providing beguiling backing vocals to this song about an aspiring actress. Home at Last, a reference to Homer’s The Odyssey no less, showcases the brilliant Bernard Purdie’s shuffling drum work. I Got the News rolls the album forward gently towards Josie, a jaunty Kris Kristofferson song with Eagles singer Timothy B Schmitt on backing vocals. Aja leaves the listener with a distinctly bittersweet taste, seduced by its multilayered musical sophistication, yet saddened by those seven world-weary songs. It’s certainly a memorable journey, though!

No long after its release on September 23rd, 1977, Aja became Steely Dan’s first platinum album, with over five million copies sold, and won a string of awards and plaudits from magazines including Rolling Stone. The US Library of Congress even included it in its National Recording Registry – for its cultural, artistic and historical significance. The superb Gary Katz production still impresses today; the standard CD remaster sounds excellent, while the Japanese SHM CD (UIGY-9026) is spectacular through any dCS digital source.