Music / Album of the Month / Specials – The Specials 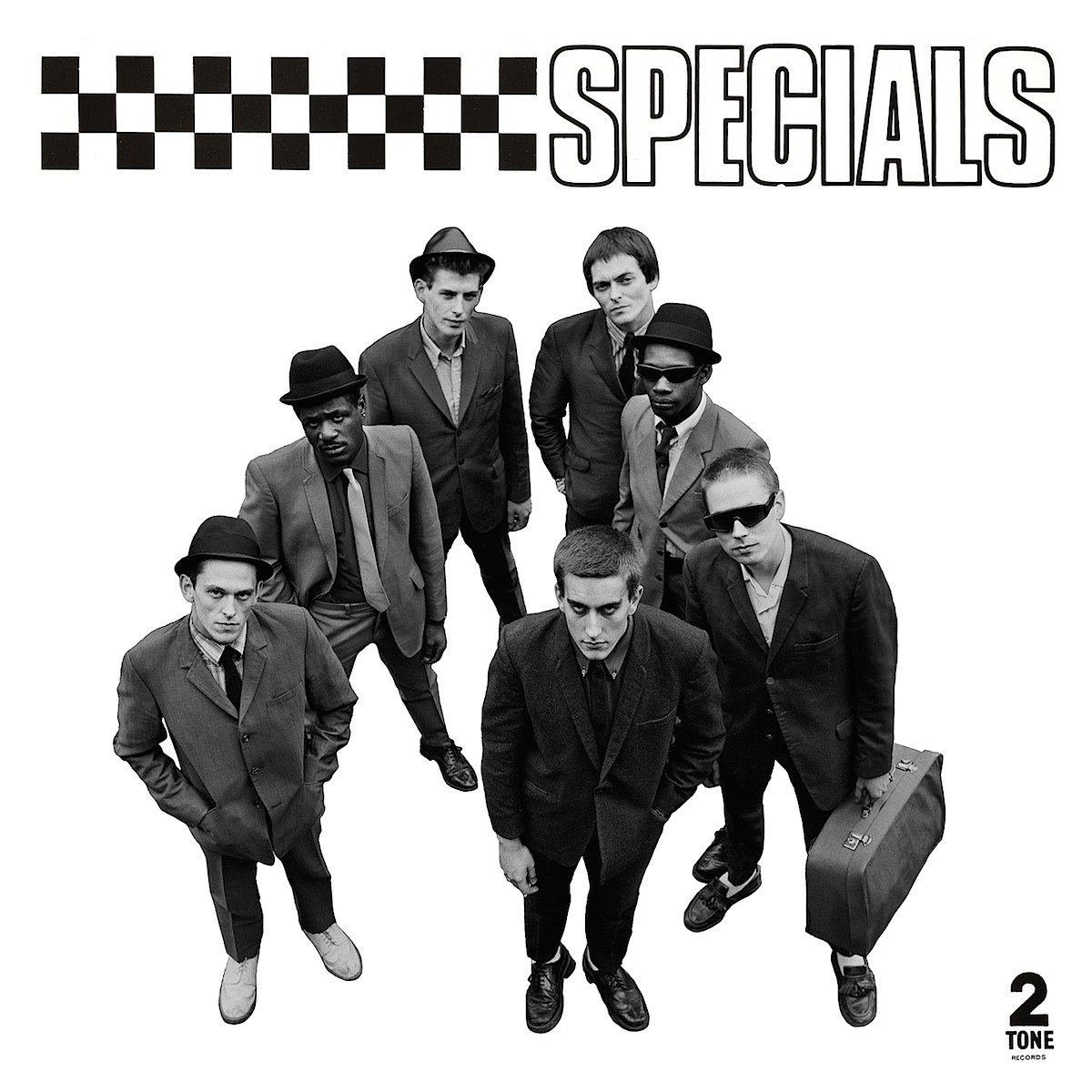 In a late nineteen seventies world still mourning the demise of the Sex Pistols, no one seriously imagined that a band of unlikely lads from Coventry doing covers of early sixties Ska music would ever catch on. Yet within a few months of this album’s release on October 19th, 1979, a new craze was sweeping the pop charts – ‘2 Tone’. Totally at odds with the mainstream post-punk pop and electronica of the day, it burned brightly for a year or two – and The Specials was its lodestar.

Two things defined the band – an abiding love for Jamaican ska music, and the wonderful spectacle of black and white kids coming together to celebrate it. The nineteen seventies was a troubled time in Britain’s history, with some popular support for extremist political movements – yet here were seven young guys of differing races championing their common love of music. With the first single from this album – a cover of Dandy Livingstone’s 1967 hit, A Message to You Rudy – the Specials burst open the dam, making a space for other acts on the 2-Tone label (Madness, The Selector, The Beat) to assail the pop charts…

Recorded in summer 1979 at TW Studios, Fulham, London, the album was produced by Stiff Records’ studio whiz Elvis Costello. He captured the rawness of the band brilliantly, going for a deliberately fuss-free ‘rough and ready’ approach, letting the consummate musicianship of a band that had been gigging on an almost nightly basis for years, come forth. Indeed, it’s a fascinating synthesis of the punk sensibility, with all its energy and angst, with laid-back Caribbean rhythms. Unusually, it fuses a number of old ska standards (Toots & the Maytals 1969 hit Monkey Man, Prince Buster’s Too Hot, etc.) with self-penned material from the band. This was gilded by the great trombone work of original ska legend Rico Rodriguez. New Musical Express called it “musically fathomless”, which alluded to the eclectic mix of styles and songs.

Lyrically, The Specials reflected the woes of that era – rising unemployment, alienation and a Britain in decline, unsure where to go after the end of empire. The dour, angst-ridden lyrics of frontman Terry Hall were a dramatic contrast to the upbeat ska tunes – and his acerbic delivery made it all the more menacing. Not a natural singer one might say, he was nevertheless a brilliant focal point for the band. His angry banter with live audiences made Specials concerts a unique experience, too! It’s fair to say that not all the band’s live magic seeps through onto disc, but still the album is uncompromising, demanding that you sit up and listen – or better still, get up and dance. Lynval Golding’s scratchy rhythm guitar, Jerry Dammers’ electric organ and John Bradbury’s muscular drumming all create a unique sound.

Don’t buy this album to make your system sound good – The Specials is more energy and adrenaline, than polish and poise. That’s why the original 1989 Chrysalis CD (CCD 5001) is the collector’s choice, whereas the 2015 remaster (Two-Tone Records CDLTTR 5001) sounds just that little bit cleaner. The magic’s in the music, and a great hi-fi will pull away the curtain.