Music / Album of the Month / REM – Fables of the Reconstruction

REM – Fables of the Reconstruction 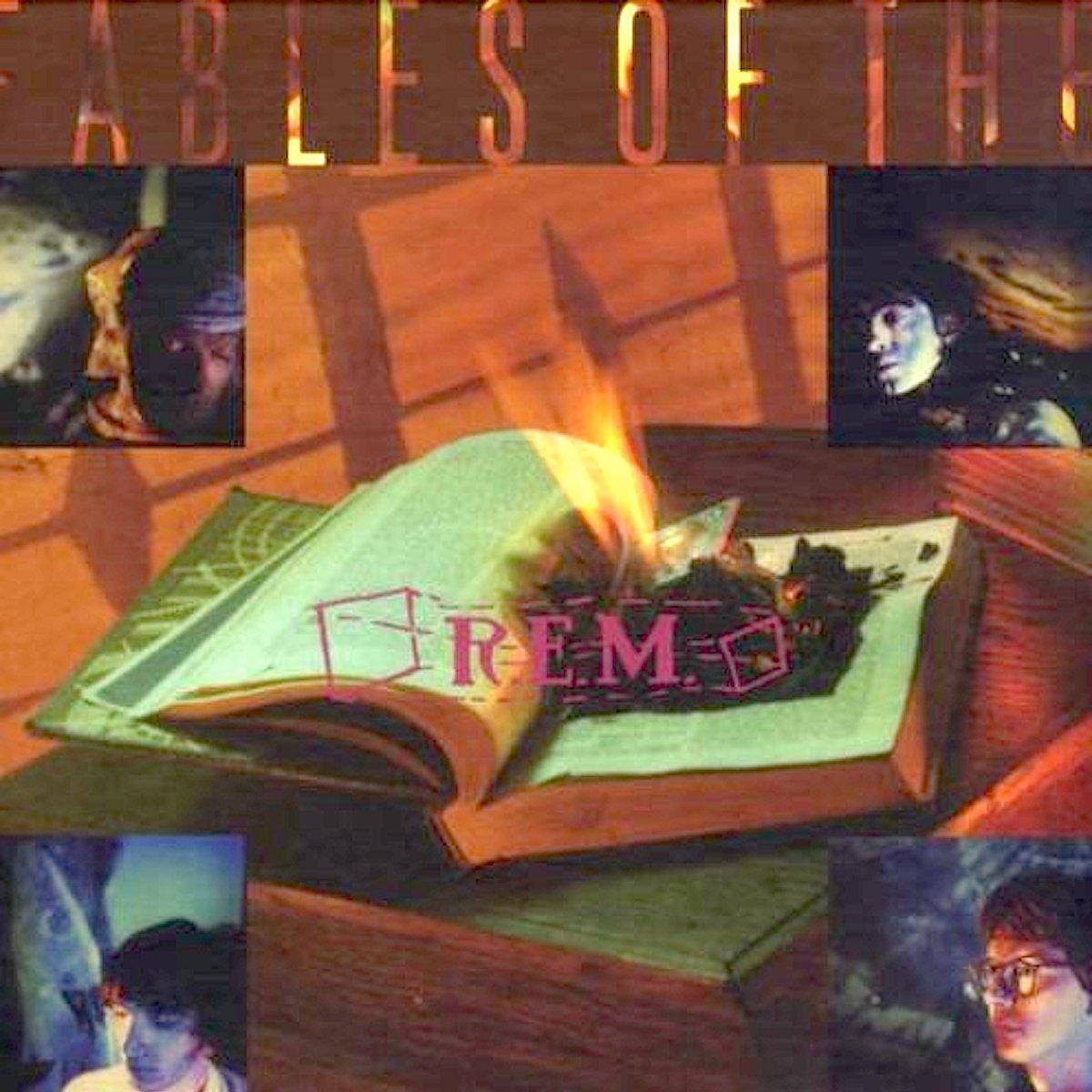 Arguably, the only thing about this album that gives away its vintage is the snare sound. In a great many respects, from the instrumentation to the harmonies – indeed even the lyrics – Fables of the Reconstruction is a timeless piece of guitar-driven rock music that could be recorded at any time from the late nineteen sixties to now. That distinctively dry, over-damped sounding drum kit is all that dates it – popular in the nineteen eighties, it’s heard on countless records of that era from The Smiths’ The Queen is Dead to Lloyd Cole’s Rattlesnakes.

Released on June 10th, 1985, Fables was an odd album in the great scheme of REM things. The third long-player from the four-piece from Athens, Georgia – Bill Berry (drums), Peter Buck (guitar), Mike Mills (bass guitar) and Michael Stipe (vocals) – it saw a band that grew out of the US indie post-punk scene finally discover its own sound, showing great maturity despite their callow youth. It marked their first and only collaboration with producer Joe Boyd, who’d previously worked with luminaries such as Nick Drake and Fairport Convention. It suited them down to a tee, channelling their folk roots, and melding it beautifully into late sixties Byrdsian psychedelic rock. Given this was recorded at the height of the Duran Duran vs. Spandau Ballet chart wars, REM couldn’t have been more unfashionable if they tried.

For a concept album steeped in the mythology of the eighteenth-century American south, it was a surprising choice to record it in a cold, rainy February London at Livingstone Studios. It’s certainly not your typical audiophile album – Michael Stipe famously said at the time that it sounded like “two oranges being nailed together”. Mastered in New York at Sterling Sound, it’s densely mixed but serious replay equipment really picks through to deliver the satisfying sound of a great rock band finding their form. Tonally a touch dark and dour, Peter Buck’s Rickenbacker guitar work crackles out with great power – often submerging Michael Stipe’s gravelly vocals. Musically, it blends energy and intensity with subtly infectious but understated melodies, played in a loving way. Fables is nowhere near as showy as REM’s late sixties pysch-rock influences, but none the worse for it.

The album warps the listener back to tougher but more romantic times, as new world pioneers sought to build their own country. Stipe’s lyrics paint striking pictures of trains steaming through dusty landscapes, old timers sitting on their porches, American-Indian mythology, maps and legends. Inspired by the band’s heavy bout of touring the year before, it’s an affectionate reimagining of better days. In a sense, it almost attempts to be an US version of The Kinks’ Village Green Preservation Society, although it’s less whimsical and darker in tone. The album that followed – Life’s Rich Pageant – is more accessible, easier to understand and overtly more political, but somehow lacks the dreamy idealism of Fables. It’s less of a grower, too.

One of those discs that just keeps getting better as you upgrade your sound system, this recording will reaffirm your love of serious hi-fi. Sonically, the original 1985 I.R.S. US pressing (IRSD-5592) and its Japanese CBS/Sony counterpart (CSCS 6082) are the CD releases to go for.