Music / Album of the Month / Propaganda – A Secret Wish 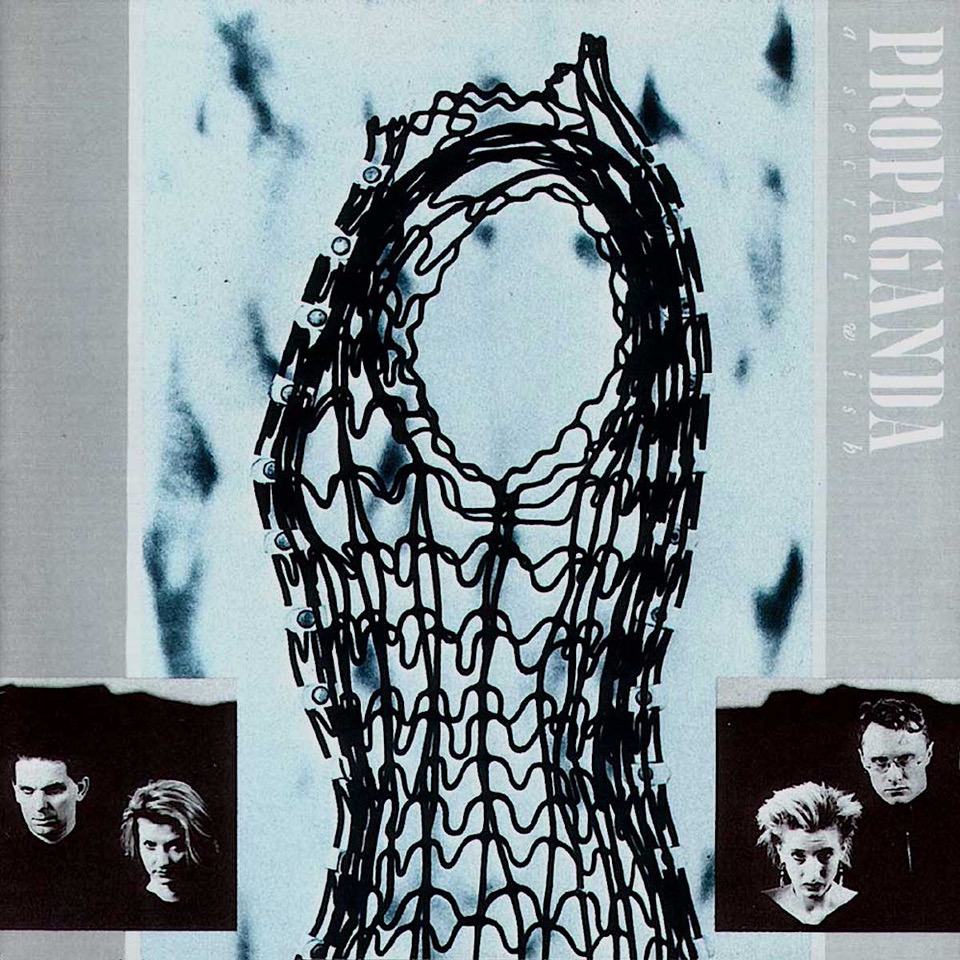 The nineteen eighties was the golden age of what we now call “synth wave”, electronic synthesiser-based music that’s epic in scale and hypnotic in rhythm. Although its roots go back to German electronic music pioneers Kraftwerk, Britain’s Trevor Horn played a major part in turning it from conceptual music to mainstream pop. His work with The Buggles and Frankie Goes to Hollywood made the genre a near permanent fixture at the top of the UK charts, but arguably his finest hour was Propaganda’s A Secret Wish.

Because Horn was such a towering figure, many assume Propaganda to be manufactured band of his – yet it was actually the creation of Ralf Dörper. A former member of industrial band Die Krupps, he was a formidable talent with ambition to venture beyond his indie roots. After a few lineup changes, he settled with classically trained musician and composer Michael Mertens, and singers Claudia Brücken and Susanne Freytag. The band signed to ZTT Records in 1984, a record label that was largely the brainchild of Horn and former New Musical Express writer Paul Morley.

Propaganda moved to the UK, where they received powerful image shaping from Morley, and duly released their first single Dr Mabuse – a reference to a character in a Fritz Lang film. Then the album sessions began, with engineer Stephen Lipson in a production role because Horn was too busy with Frankie Goes to Hollywood. The band released Duel as a single in April 1985, then the album surfaced in July. The single p:Machinery followed in August, and the band began touring with former Simple Minds men Derek Forbes and Brian McGee on bass and drums respectively, plus Kevin Armstrong on guitar.

If you’re a fan of intelligent pop music, then A Secret Wish will charm you. A seriously strong package, it boasts a string of excellent songs – opening with Edgar Allen Poe’s A Dream Within a Dream poem set to a trancey synthesised backdrop, and with a loving cover version of Scottish indie pop legend Josef K’s Sorry For Laughing. The three singles are also included, and throughout the album you can hear the voices and/or playing of Steve Howe (Yes), David Sylvian (Japan) and Glenn Gregory (Heaven 17).

A Secret Wish is a rich tapestry of sounds, packed with period early eighties electronics such as Fairlight CMI, DMX and DSX synthesisers, Roland M5 keyboards and Linn drums. It’s a self-contained, expansive musical soundscape that pushed the limits of what was possible technologically, back in the day. It has an epic, windswept feel with multiple musical layers, catchy tunes and crashing beats. Dorper’s lyrics – ‘assisted’ by Paul Morley and delivered by Claudia Brücken’s icy voice – are suitably grandiose.

Recorded on an early Sony PCM-1610 digital recorder, it’s by no stretch of imagination a great hi-fi album – but the chilly, grey patina does suit its gothic feel. The CD release was actually a light remix of the LP, with a three month delay giving Stephen Lipson time to improve it slightly – but the 2003 SACD ZTT  [ZTT183SACD] is by far the best way to experience this long, lost synth pop gem.