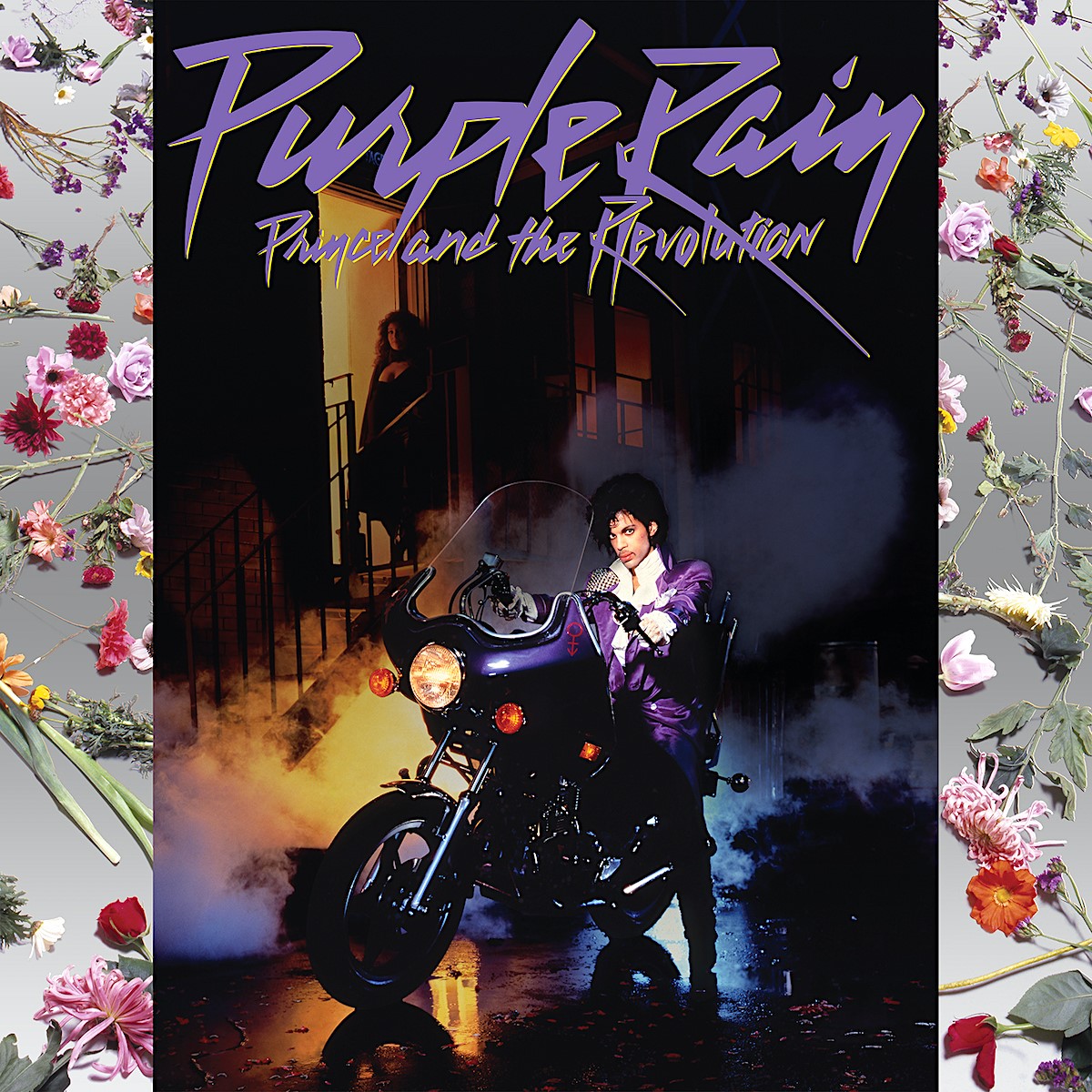 In the great pantheon of eighties pop, Prince Rogers Nelson is surely close to the very top. Born in Minneapolis, Minnesota in 1958, he emerged onto that decade’s music scene somewhat out of time. Rather than adopting the (then) fashionable synthpop style, he imposed his own sound upon the pop charts by blending funk, rock, soul and psychedelia in a way that no one had previously attempted. A guitar virtuoso and multi-instrumentalist, Prince was also a great songwriter and ended up penning timeless classics for artists like Sinead O’ Connor (Nothing Compares 2 U) and The Bangles’ (Manic Monday).

Released on June 25th, 1984, Purple Rain was his sixth studio album. More than ‘just’ his finest hour, it went on to influence the sound of the decade as a whole – with pop artists adding funk embellishments to their music, and rockers sprinkling soft psychedelia into the mix. Indeed, it was by far Prince’s most commercially successful release, spending twenty four consecutive weeks topping the US Billboard charts. By the time he died of an accidental fentanyl overdose at his Paisley Park home in Chanhassen, Minnesota, he had sold over 130 million records worldwide – and it was this album that was later inducted into the Grammy Hall of Fame in 2010.

Along with the single of the same name, Purple Rain is packed with hit songs – When Doves Cry, Let’s Go Crazy, I Would Die 4 U and Take Me with U. Yet it’s more than any greatest hits collection, because it has a distinctive and cohesive feel shared with all iconic pop albums. Recorded between August 1983 and March of the following year, the tracks were laid down in Minneapolis, New York and Los Angeles. It was the last time Prince used his backing band The Revolution; after this he would be a more electronic and studio-based artist, as evidenced by 1987’s Sign o’ the Times. Arguably, Purple Rain has a more timeless feel – its mixture of guitars and keyboards bring a powerful live vibe that’s the perfect soundtrack to the motion picture of the same name.

It shows Prince’s great musical innovation – such as releasing a mainstream pop single without a bassline, as he did with When Doves Cry. Some tracks bring traditional instrumentation together with electronics in a novel way, and others like Baby I’m A Star are back-to-basics rock numbers recorded live. Members of his band later described the Purple Rain sessions as a highly creative time, with Prince letting them contribute much to the songwriting. Indeed, Jon Bon Jovi later observed that, “there’s every emotion from the ballad to the rocker… all the influences were evident, from Hendrix to Chic.” Although this album’s name references America’s nineteen seventies rock classic, Ventura Highway, it’s a quintessentially eighties sounding work.

Purple Rain elicited high critical praise, with many music writers declaring it a seminal moment in popular music. It has a powerful yet polished sound that still seems fresh today. All Compact Disc versions sound crisp and punchy, but the ultimate collector’s version is the Japanese 24k gold CD [Warner Bros. Records 43P2-0004].