Music / Album of the Month / Pink Floyd – Wish You Were Here

Pink Floyd - Wish You Were Here 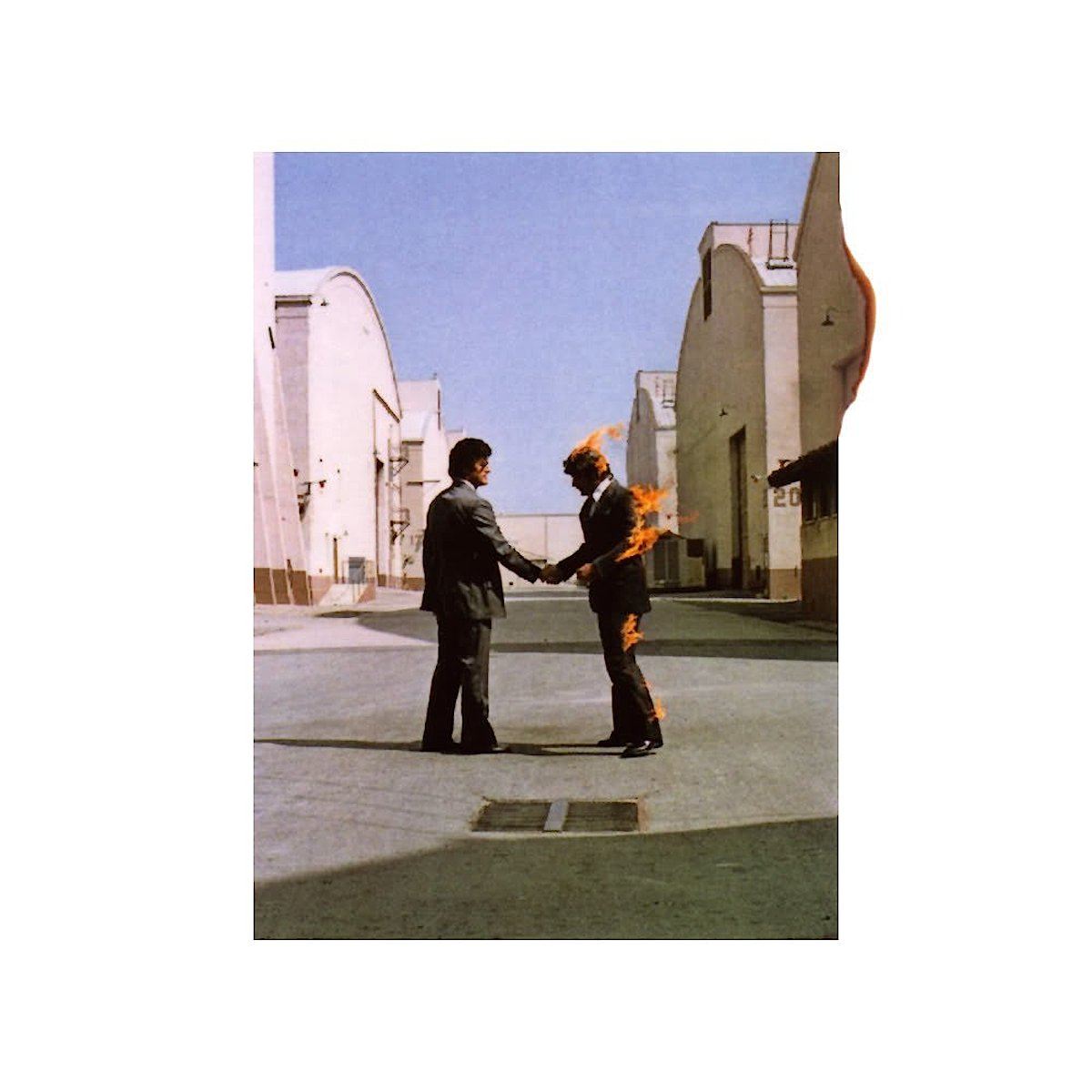 Released on 12th September, 1975, this was a difficult album for Pink Floyd. Dark Side of the Moon had already proved one of the most successful rock albums in history, and not an easy thing to follow. Expectations were sky-high for the band’s ninth studio album, and there were advance orders of 250,000 in Britain and 900,000 in the USA; we already knew it would be the fastest selling Floyd long-player so far. What troubled fans was the direction it would take – each successive LP was a distinct move away from the last, so where would Wish You Were Here go? On release it got mixed reviews; critics decided it was barely a departure from DSOTM, and that the band was on autopilot. Some derided Pink Floyd as “passionless”, others said the new long player was “ponderous”.

In hindsight, these were hasty judgements. WYWH lacks the freshness and direction of its predecessor, but is more contemplative and rewarding. Musically it’s more reflective – soulful even – and shows the band at the height of their melodic power. Clever studio effects and the subtle use of early synthesisers give it a vibrant sound, one that’s a clever evolution of their previous masterpiece. David Gilmour and Roger Waters shared lead vocals and guitar credits, with the former playing keyboards and an EMS Synthi AKS and the latter an EMS VCS. Rick Wright did most of the keyboard work however, with Hammond organ, ARP String Ensemble V, Mini-moog and Steinway piano bolstering the sound. Nick Mason as ever supplied drums, percussion and tape effects. Guest singers were brought in to give a richer texture to the band’s sound; Roy Harper sang lead vocals on Have a Cigar, and the Blackberries did backing vocals on Shine On You Crazy Diamond, along with Carlena Williams. Jazz violinist Stéphane Grappelli was even paid £300 for playing on Wish You Were Here, but was mixed down so low as to be virtually inaudible.

Lyrically, as the album’s title suggests, it reflects upon the absence of original frontman Syd Barrett from the group, conveying an underlying sense of loss and yearning. Roger Waters’ conceptual theme dominates the album, along with some vitriolic ranting against the music industry; Welcome to the Machine laments what Waters later called, “the lack of contact and real feelings between people”. Have a Cigar derides “fat cats” as it laments the superficiality of the business that had, by then, made all four band members impossibly rich. Ironically, Harvest Records was unable to get its parent company EMI to print enough copies of Wish You Were Here.

The Hipnosis-designed sleeve alludes to what photographer Storm Thorgerson called the band’s concern with an “unfulfilled presence”, and that people conceal their true feelings for fear of “getting burned”. The cover depicts two businessmen shaking hands, with one on fire. Pink Floyd certainly didn’t suffer, with over fifteen million sales worldwide to date. Recorded at EMI’s famous Abbey Road Studios, it is beautifully produced and sounds superb even today. There are countless reissues of this rock masterpiece, with Analogue Productions’ SACD (EMI CAPP 33453 SA) being the one to have.