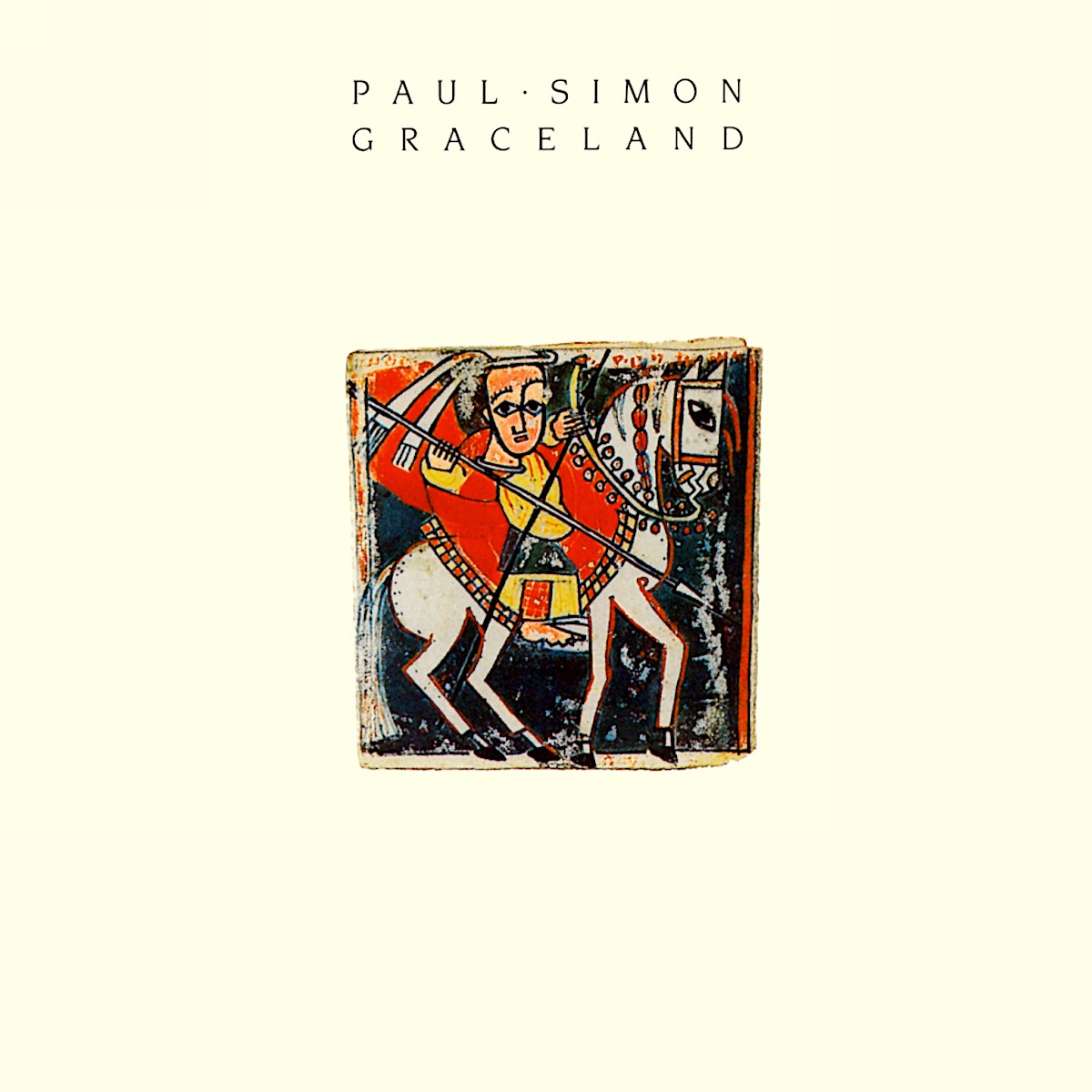 By the tender age of twenty five, Paul Simon was one of America’s most commercially successful recording artists. His partnership with Art Garfunkel started in 1956, and by the time Sounds of Silence was released in 1966 they were both household names. But after a stream of chart hits and the seminal Bookends album, the duo split in 1970, citing “artistic differences”. The nineteen seventies saw several unspectacular albums, with 1975’s Still Crazy After All These Years arguably the strongest. By the eighties his star was really beginning to dim, but in 1986 Simon came back with Graceland, an album so special that it didn’t just mark a complete return to form, but hit the cultural zeitgeist.

Recorded mostly in South Africa and New York, Graceland was released on August 25th, 1986 to rapturous critical acclaim. Two years earlier, Simon had become enamoured with South African township music, and visited Johannesburg to record with local musicians. The result was an album that mixed rock, pop and a cappella with traditional African music, creating a fascinating hybrid. It went on to sell a staggering sixteen million copies around the world, won a Grammy for ‘Album of the Year’ in 1987. It was hailed as “culturally, historically, or aesthetically important” by the United States National Recording Registry in 2007.

Despite introducing African music to a new Western audience, many critics frowned on Graceland for breaking the cultural embargo on apartheid South Africa, and for a while it became something of a political football. Yet Simon didn’t just use these musicians once and discard them, he went on tour with them and brought local styles like isicathamiya and mbaqanga to vast new audiences. He later reflected that, “I first thought, too bad it’s not from Zimbabwe, Zaire, or Nigeria. Life would have been more simple.”

Writing it was highly improvisational. Simon sat down in the studio and jammed with his fellow artists to see where he ended up. As such, many got writing credits. Joseph Shabalala contributed to Diamonds on the Soles of Her Shoes for example, with Ladysmith Black Mambazo and singer-percussionist Youssou N’Dour. The Boy in the Bubble came from working with Tao Ea Matsekha and Graceland used bassist Bakithi Kumalo and guitarist Ray Phiri. The infectious penny whistle playing on You Can Call Me Al was by Morris Goldberg, and Homeless was written jointly by Simon and Shabalala, based on a Zulu song. Other guest musicians feature too, like Los Lobos and Linda Ronstadt.

Recorded on analogue tape then heavily digitally edited – with lots of tape delay, echo and other effects added – Graceland does sounds heavily processed by modern standards. Yet still its inner beauty shines through – especially when played on high quality digital sources. Even today, it’s musically fresh and fun with a sunny and life-affirming feel. “Harmonically, African music consists essentially of three major chords — that’s why it sounds so happy”, said Paul Simon later. This didn’t go unnoticed, and subsequently influenced a number of other eighties artists. The 2012 CD remaster [Sony Music 88691984122] is a great place to start the fun.