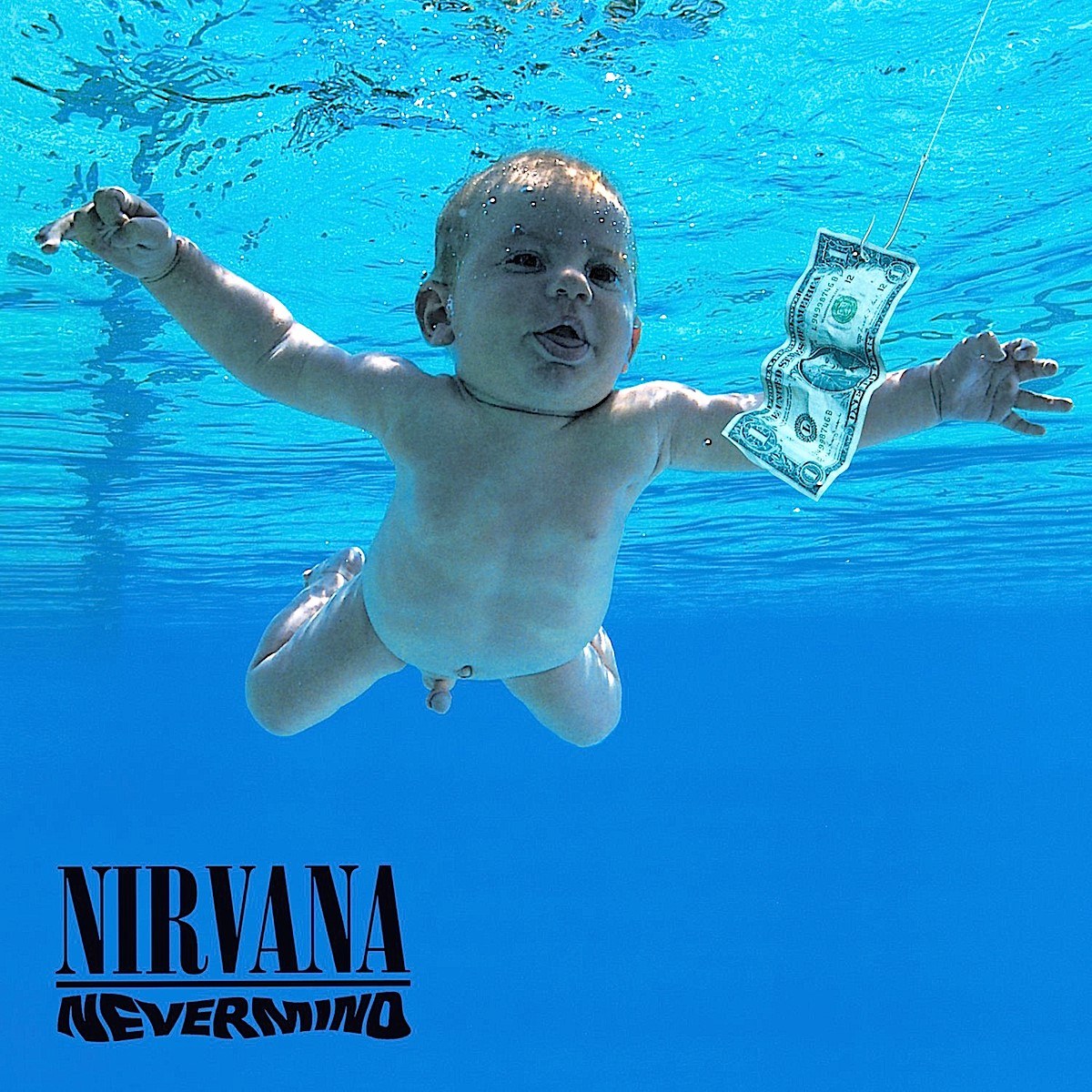 After years of searching for a new way forward after the shoulder-padded adult oriented rock of Foreigner and Jefferson Starship, the American music industry finally found itself with ‘a dog in the game’ in the late nineteen eighties. Nirvana was always destined for stardom, as its charismatic frontman Kurt Cobain was a fully formed rock star in waiting. Nevermind delivered this to him, although as history records, it was already getting late. In the weeks leading up to Cobain’s death in 1994, press reports suggested all was not well in his relationship with rock-chic Courtney Love…

Without 1989’s Bleach, Kurt Cobain, Krist Novoselic and Dave Grohl wouldn’t have been ready to make the definitive rock record of the nineteen nineties. Tentatively titled Sheep, it was initially planned for cult indie label Sub Pop, to be produced by Butch Vig. So in April 1990, the band laid down eight tracks, until Cobain strained his voice on Lithium. The session went nowhere, but became an extended demo tape with which to shop around for a new label. Finally DGC signed them and offered a choice of big name producers, including REM’s Scott Lit. Surprisingly, the band stayed with Vig, and got a $65,000 advance to spend at Sound City Studios in Van Nuys, California in May and June, 1991.

The band had gigged so much together, and rehearsed the songs so often, that only a few takes in the studio were needed, and this shines out even now. The album sounds massively powerful and the playing super-tight, yet there’s an easy spontaneity about it which makes it all the more special. All the same, Vig had to work around Cobain’s mood swings; “he’d be great for an hour, and then he’d sit in a corner and say nothing for an hour”, he later explained. After the recordings were committed to tape, the band called in Andy Wallace to mix it – co-producer of Slayer’s 1990 album Seasons in the Abyss. Management was reputedly delighted with the massive, layered sound of Nevermind, but Cobain subsequently remarked, “looking back on the production, I’m embarrassed by it now. It’s closer to a Mötley Crüe record than it is a punk rock record…”

Nevermind sounded shiny yet gutsy, becoming emblematic of the emerging US ‘grunge’ movement of that time. It included some great songs that would have worked in any decade, from Smells Like Teen Spirit to Come as You Are. The music had a directness and passion that made the emerging Britpop on the other side of the Atlantic seem lightweight, glib and contrived. Lyrically dark and sultry, it was in no mood to celebrate the hedonistic optimism of the new post-Cold War decade – unlike Primal Scream’s Screamadelica, across the pond. Rather – distorted, over-driven, minor key and faintly apocalyptic – Nevermind became the anthem to a new generation of alienated early nineties rock kids – even if, in truth, they’d never had it so good.

The Mobile Fidelity Sound Lab (UDCD 666) CD from 1996 is the finest sounding version yet committed to silver disc, but the Japanese-market pressing (DGC MVCG-67 CD) released in 1991 comes close.