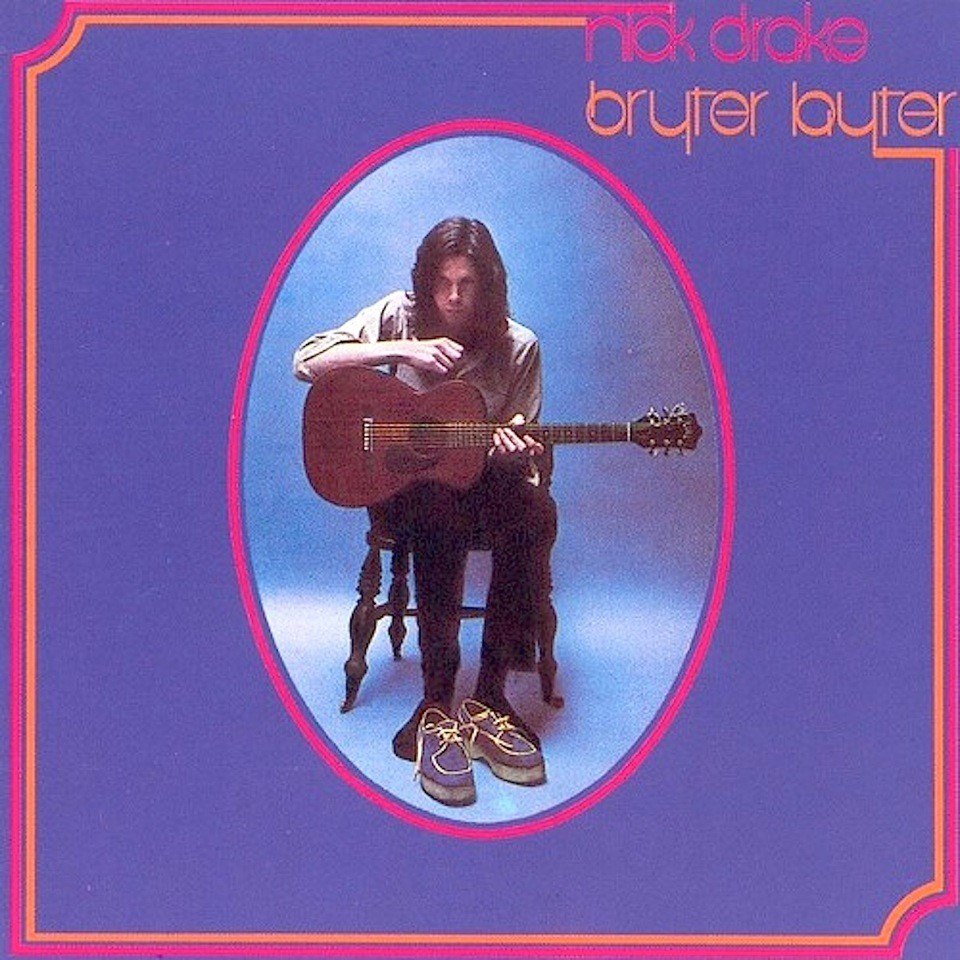 “In one of his headmaster’s reports, it said that none of us seemed to know him very well. All the way through with Nick. People didn’t know him very much.” So said Nicholas Rodney Drake’s father, about his son who died tragically early at the age of twenty six, on the 25th November, 1974. The brother of successful seventies screen actress Gabrielle, he was old beyond his years, having a precocious talent that he found hard to handle. He recorded three studio albums, the most complete of which is surely Bryter Layter.

His death was down to an overdose of anti-depressants, Drake having struggled with his mental health for several years. Yet music was his release; at an early age he learned to play piano, compose songs and record them on the family’s open reel tape recorder. Then he bought a guitar, took up busking and then went to university. At Cambridge in 1967 he met his closest future collaborator, music student Robert Kirby, then hooked up with American music producer Joe Boyd. As the jigsaw pieces slotted together, a record contract followed and he duly dropped out of Cambridge to record his debut album, Five Leaves Left.

The essential components of his sound were in place; Boyd insisted on “no shiny pop reverb” on the vocals, and Kirby’s string arrangements were deliberately sparse. Still, his debut long-player was a patchy affair and Drake showed few signs of being proud of it. Then in August 1969, he went into BBC’s Maida Vale studio to record five songs for John Peel; Cello Song, Three Hours, River Man, Time of No Reply and Bryter Layter. These formed the centrepiece of his second and best album, which went on to be released on 6th March, 1971. Recorded the previous year at Sound Techniques studio in London, it featured collaborations with several Fairport Convention members and The Velvet Underground’s John Cale, plus Beach Boys Mike Kowalski and Ed Carter. This was fitting because Robert Kirby had said that Drake wanted to channel Pet Sounds.

Although Bryter Layter was technically a nineteen seventies album, in mood, style and production it harked back three years to the psychedelic era – to the likes of Love’s Forever Changes and The Beach Boys’ Surf’s Up. Admittedly it’s a little darker and more pensive, but is still packed with beautiful and contemplative songs with delightful instrumental texture. Producer Joe Boyd expected it to be a smash hit, yet it initially sold under 3,000 copies; Melody Maker grudgingly described it as, “an awkward mix of folk and cocktail jazz”.

Boyd moved back to the United States, leaving Drake to record the follow-up Pink Moon alone, and the result was a gloomier and more introspective work that reflected his declining mental health. After his death, his work soon began to be re-evaluated however, and is now credited as influencing many luminaries, from The Cure’s Robert Smith to REM’s Peter Buck. Bryter Later is now widely regarded as a folk/rock masterpiece, and has propelled Nick Drake posthumously to the status of genius. On silver disc, the Japanese remaster [Island Records UICY-3038] is the one to have.