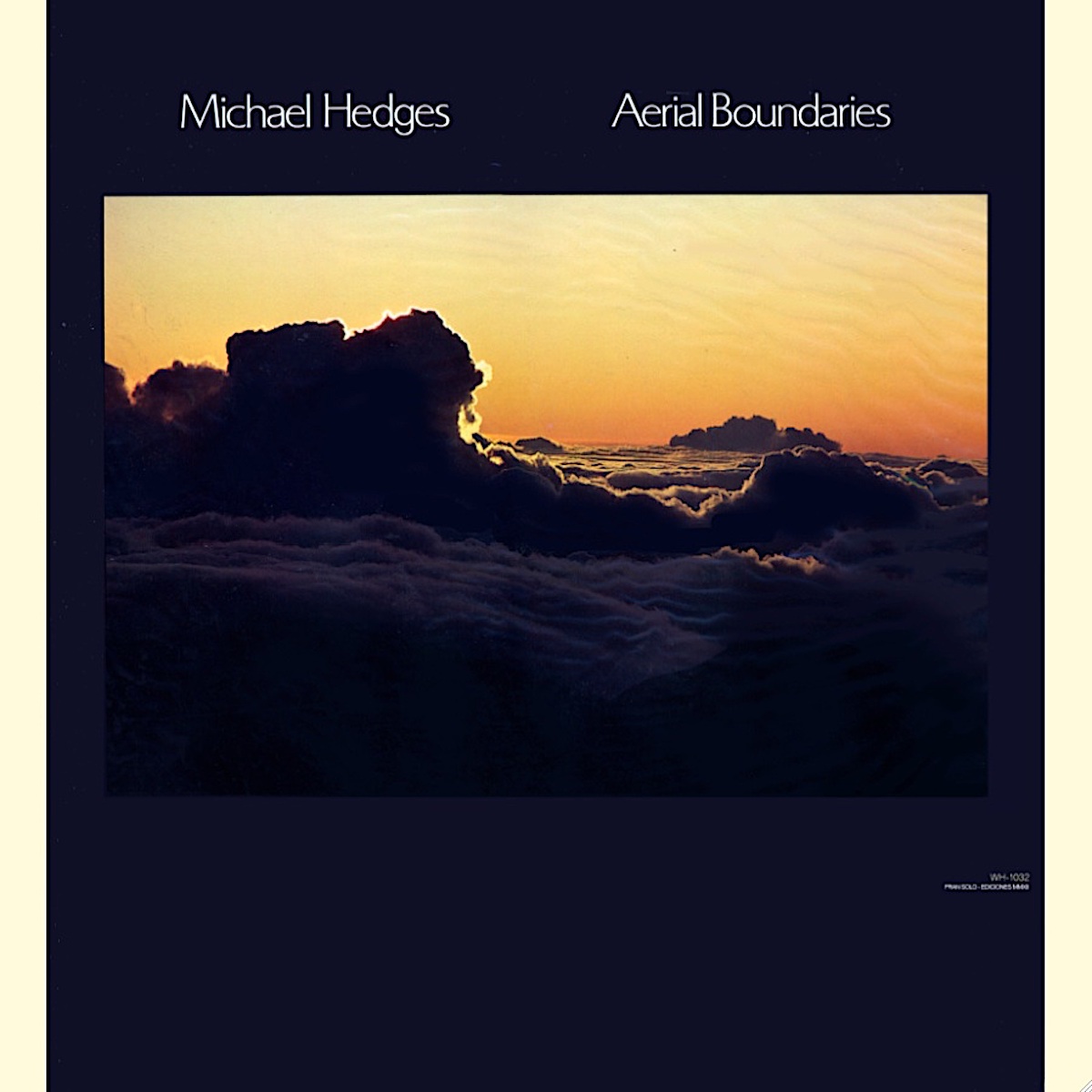 Sometimes the stars align just at the right time, to produce a musical work of exceptional virtuosity and artistic merit – and such was the case with Michael Alden Hedges’ Aerial Boundaries. Born in Sacramento, California, 1953, he was obsessed with music from an early age and soon took up the classical guitar. After formal music training, he showed promise with the steel stringed version and by 1976 was playing in a jazz rock group. Hedges then moved to solo acoustic, and fast developed a following for his unique style and live theatrics; soon jazz label Windham Hill signed him up.

His first long player – 1981’s Breakfast in the Field – was an interesting taste of things to come. He employed a host of tricks – alternate tunings, right hand ‘hammer ons’ and slap harmonics, and percussive slapping of the guitar – to great effect. These weren’t strictly new, but had rarely been used in such a cohesive way. Another facet to his playing was his use of timing, both of played notes and the spaces between them – and this gave his work a uniquely impactful sound. A multi-instrumentalist, Hedges was both a muso’s musician and a guitar player’s guitarist – and when Aerial Boundaries was released in 1984, all his talents came together.

Even now the album sounds striking. Its technical virtuosity is as disarming now as it was thirty six years ago, along with Hedges’ obvious talent for musical composition. The songs are relatively short and pithy, but show a great sense of purpose and emotional expression. From the title track to Rickover’s Dream, Hot Type and Ménage à Trois, we hear a wonderfully vibrant sound that belies its straightforward production values. There’s even a loving tribute to Neil Young, with a cover of After The Gold Rush. The result is wonderfully all-of-a-piece, a wonderfully cohesive work that whisks the listener off into an atmospheric and haunting world of sound.

Indeed Aerial Boundaries made quite an imprint on the nineteen eighties and nineties new jazz scene; it was widely regarded as a seminal work and did wonders for the profile of his label Windham Hill. Hedges popularised exotic guitar techniques and aspects of his sound went on to be taken up in the wider pop music diaspora. Also, this album’s recording quality was state-of-the-art then, and still sounds superb today – all the more so through high resolution digital front ends. The transient speed of those struck steel guitar strings is quite a thing to hear via a dCS source component!

In 1997, Michael Hedges’ life was tragically cut short by a car accident. His death resounded around the guitar playing community and effusive praise ensued. “I can always hear his heart when he plays. He respected my playing too, and that simply thrills me”, said Pete Townshend. “His playing has a feel and timbre all its own – technically brilliant, but always organic and true”, added Joe Satriani.

Totally out of time then and now, Aerial Boundaries is an enchanting album. To this day, folk still argue about what to call it – “new age”, “ambient”, “neofolk”, “acoustic jazz”, etc. But whatever label you give it, the good news is that all silver disc versions of this classic sound great – with the original Windham Hill Records CD [WD-1032] being the collectors’ favourite.