Music / Album of the Month / Manic Street Preachers – Everything Must Go

Manic Street Preachers – Everything Must Go 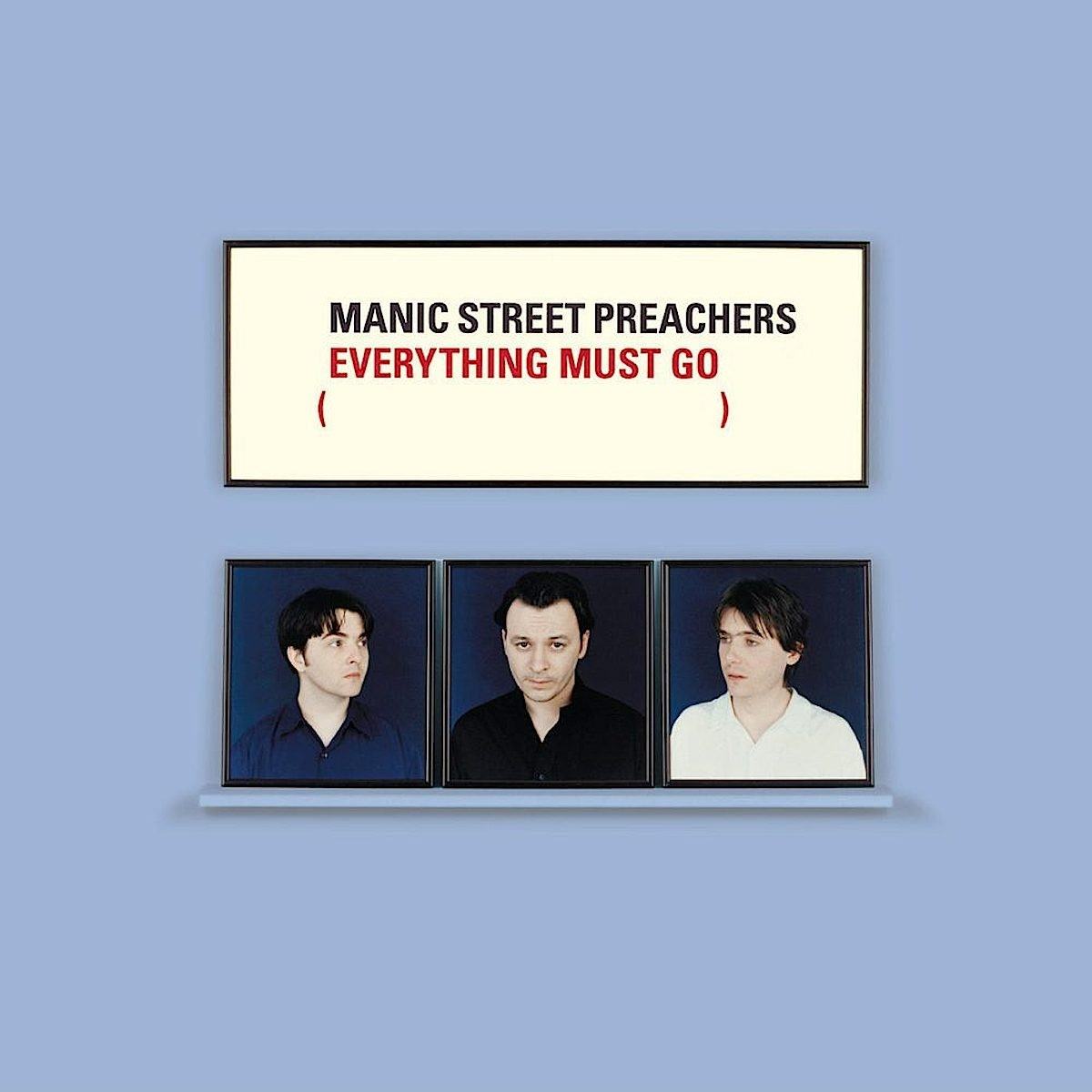 Much time passed between the formation of the band, and the release of their fourth studio album in May 1996. Indeed ‘The Manics’ started up a whole decade previous, and spent many of those years in splendid isolation. They conspicuously and deliberately failed to jump on the ‘indie-dance’ bandwagon that dominated British pop music from 1989 to 1992, making their assent to fame in spite of it. The Manic Street Preachers formed in Blackwood, South Wales, with James Dean Bradfield on lead vocals and lead guitar, Nicky Wire on bass guitar, Sean Moore on sticks and Richey Edwards on rhythm guitar. Their debut single, Motown Junk, attracted much media attention in 1991, not least because of the band’s striking ‘glam’ look which owed much to the New York Dolls, and latterly, Japan. Bradfield and Wire were media-savvy and came up with plenty of dramatic soundbites in interviews. Their debut long-player –1992’s Generation Terrorists – was going to be “the greatest rock album ever”, no less. Sadly it wasn’t, but the headlines had already been written…

By the time Everything Must Go was released, the band was more world-weary and less at ease – largely because of the trauma they had suffered from the disappearance of Richey Edwards, who abandoned his car beside the Severn Bridge on 1st February, 1995 and has never been heard from since. In interviews, he’d previously intimated that he was having trouble coping with the fame and fortune of his rock and roll lifestyle, and rumours abounded of him being clinically depressed. This set the tone for the first, post-Richie album, so perhaps unsurprisingly it has a plaintive feel running right through. Although highly musically accomplished, the Mike Hedges production nevertheless lacks the hard edge of the band’s earlier albums and is perhaps too polished sounding. Still, it did finally see the band’s career intersect with the Britpop mainstream, and the album went on to sell over two million copies.

Although Edwards never played on the album, five of his songs made it – including the superb Kevin Carter, about the Pullitzer-prize winning photojournalist who committed suicide. Elsewhere, Nicky Wire’s A Design For Life explores his working class identity, and proved one of the best singles of 1996. Australia sees him yearning to escape as far away as possible, while Everything Must Go is Wire’s touching farewell to Edwards. Dour in feel, this album is never going to raise your mood but it is powerful all the same, and sees the band acquire a gravitas that they had previously only aspired to. The playing is sharp, and the rich melodies and big choruses really push through.

Recorded largely at Chateau de la Rouge Motte studio in France, the album was also laid down at Peter Gabriel’s Real World Studios in Wiltshire and Abbey Road in London. The sound isn’t quite up to audiophile standards, not least because it’s just a little too compressed, but it still delivers a gratifyingly punchy end result that gets the job done. The original Japanese silver disc sounds best (Epic ESCA 6446), with the British first pressing of the CD a close second (Epic 483930 2).