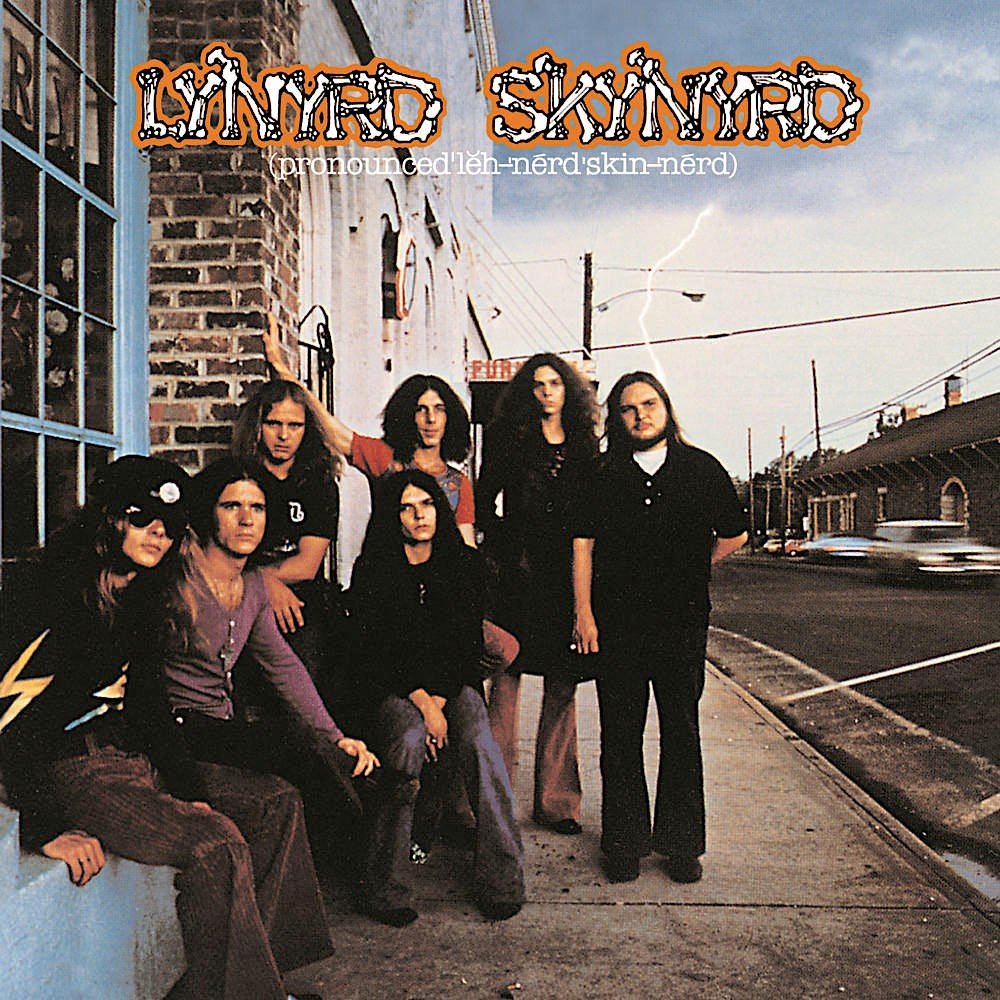 Like so many great bands that made their names in the seventies, Lynyrd Skynyrd had been touring for nearly a decade when it hit the US album charts with this, its debut long player. Formed in Jacksonville, Florida, in 1964, five years of gigging and line-up changes took place before it got its distinctive name in 1969. Four years after that, the group’s first album was finally released. It went on to popularise America’s so-called ‘Southern rock’ phenomenon, with its big, raw, gutsy blues sound tinged with a touch of English psychedelia.

The line up comprised Ronnie Van Zant (lead vocals, lyrics), Gary Rossington (lead guitar, rhythm guitar, slide), Allen Collins (lead guitar, rhythm guitar), Ed King (lead guitar, bass guitar), Leon Wilkeson (bass guitar, backing vocals), Billy Powell (keyboards) and Bob Burns (drums). The band’s name was an ironic tribute to their school’s physical education teacher – Leonard Skinner – who energetically enforced an anti-long hair policy. It was changed to the misspelled ‘Lynyrd Skynyrd’ around 1970, and the album title was a reference to this. Pronounced ‘Lĕh-‘nérd ‘Skin-‘nérd went on to be one of the decade’s most iconic rock albums, selling over a million copies. This was helped in no small part by the band getting the chance to open for The Who on its US Quadrophenia tour that year.

Along with the fine song writing on Pronounced ‘Lĕh-‘nérd ‘Skin-‘nérd, much of its success is down to the work of producer Al Kooper of Blood, Sweat & Tears, who signed them to his Sounds of the South label, backed by MCA Records. Although certainly not in the style of the Beach Boys, the album has a warm summer sound, making its release date of August 13, 1973 ideal. You can almost feel the sweet Florida heat, as the band run through many of the songs they toured with for years, on their way up.

Gimme Three Steps, Simple Man and Tuesday’s Gone are gruff, simple and direct rock/blues infusions with brilliantly syncopated playing. The song that launched the band’s international stardom though, is the epic Free Bird. The band’s tightness is a joy to hear, and caused Al Kooper to remark on how well rehearsed the guys were for the studio recording sessions. Even though there’s a wonderful ease and flow to the playing – with masterful rhythm guitar work – no improvisation took place. This shows just how serious the group members were, by the time they came to record their first album.

After years in the rock wilderness, Pronounced ‘Lĕh-‘nérd ‘Skin-‘nérd took the band straight into the belly of the rock industry, and their follow up album The Second Helping, featuring the smash hit single Sweet Home Alabama, cemented that success. Yet it was not to last, because Ronnie Van Zant and Steve Gaines were killed in an airplane crash on October 20, 1977. This debut album captured a brilliant and driven blues rock bank in its prime, not long before tragedy struck. Even today’s standards, the CD remaster [MCA Records 088 112 727-2] sounds fantastic on a serious digital front end.