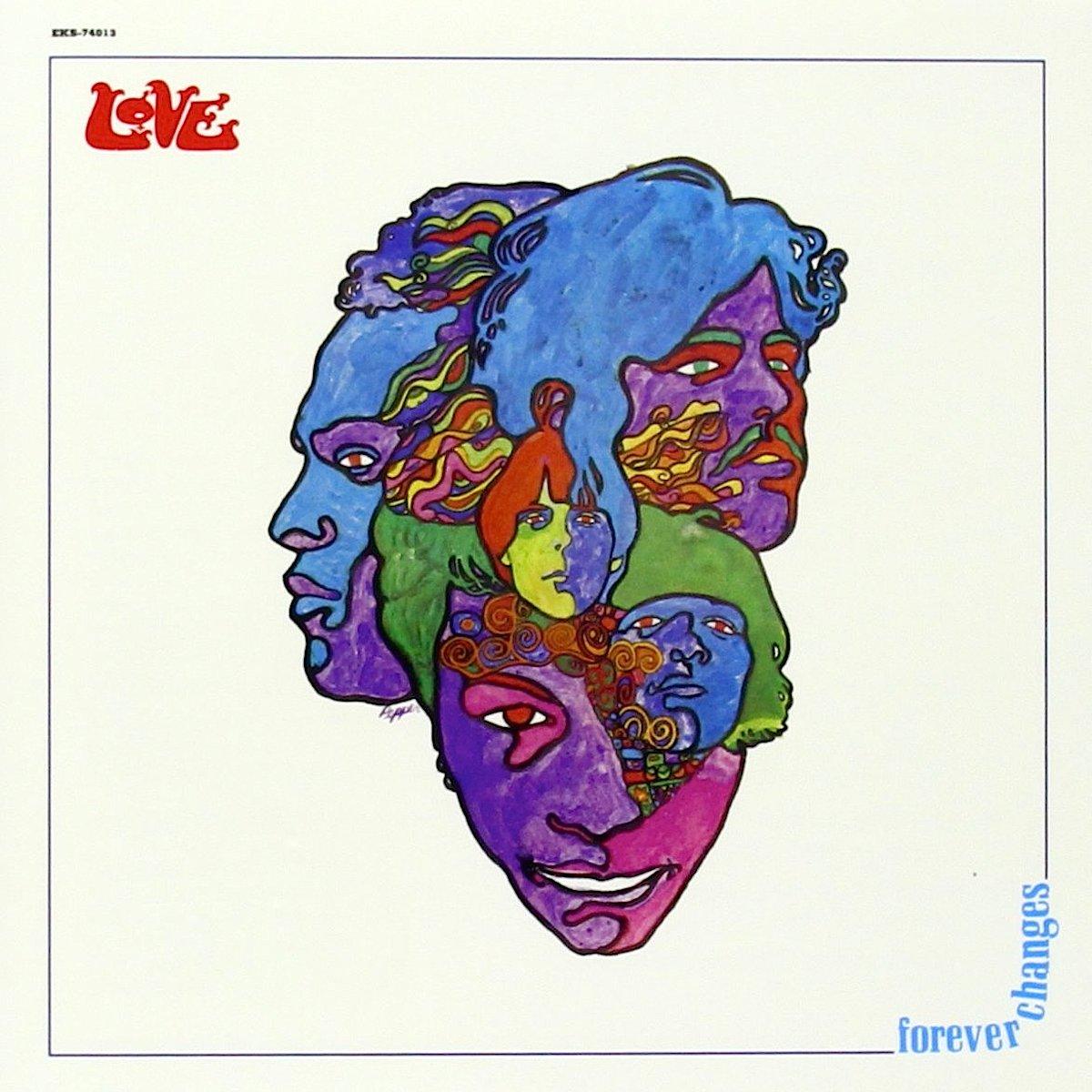 There has never been a time when pop music hasn’t been in flux. It’s one great big long stream of new and old styles being mixed together, and always has been. Yet in the mid nineteen sixties, it was surely at its most fluid, as traditional rock’n’roll gave way to Beatles- and Beach Boys-style pure pop, which in turn morphed into rock. In 1967, when the aptly-named Forever Changes was released, this was happening in earnest – and to make the album all the more significant, it fused with psychedelia too. Rock historians always argue that The Beatles’ Sergeant Pepper was the first psych-rock album, but Love’s third studio album didn’t come much later. Released on the Elektra label in November of that year, it has come to be regarded as one of the most important long-players of the latter half of that amazing decade – even if at the time it only reached 154 in the US Billboard album charts.

Arthur Lee grew up in Los Angeles, California – and started his band Love in his late teens. Heavily influenced by The Byrds, his inclinations were towards folk-rock but soon found himself immersed in the LA hippy scene – even if, by all accounts, he wasn’t an unquestioning believer in ‘flower power’. He was highly competitive with the band’s other songwriter Bryan MacLean, and this caused great friction in the band which – along with intense drug use – lead them to split up shortly after Forever Changes was recorded. It shows, such is the album’s chaotic and patchy nature, although it is also a work of genius in some ways. It sports some of the sweetest, most beautiful and melodic music to come out of the nineteen sixties, with a wonderfully sunny and warm feel. Inside the lyrics however, you can feel Lee wrestling with his inner soul, and sometimes he comes out quite badly.

The songs reflect on a variety of themes, including love, life and Lee’s mortality, plus an early sense of disillusionment with what would come to be known as the Woodstock generation. Work started in June 1967 at Sunset Sound Recorders. A number of top session musicians appeared, and it gained beautifully arranged (by Lee) string and horn parts too, which run right throughout the album and lend it an epic feel. Neil Young, and Bruce Botnick – who had produced the first two Love albums and had just finished Buffalo Springfield’s Again – reputedly joined in with the arrangement to The Daily Planet. At the time of its release, Gene Youngblood of LA Free Express summed it perfectly as “melancholy iconoclasm and tasteful romanticism”. There’s certainly a sullen beauty to the songs that never fades with age. The musicianship is superb and Lee’s voice is both beautiful and fragile at the same time.

Sonically, Forever Changes can never escape the fact that it was recorded on early four-track analogue, but still sounds superb. Disc fans are spoiled for choice, with the first Japanese CD (Elektra WMC5-382) having excellent sonics, and the Mobile Fidelity Sound Lab hybrid SACD (UDSACD 2131) sounding even better. There’s also a hi-res download from HD Tracks.