Music / Album of the Month / Lionel Richie – Can’t Slow Down 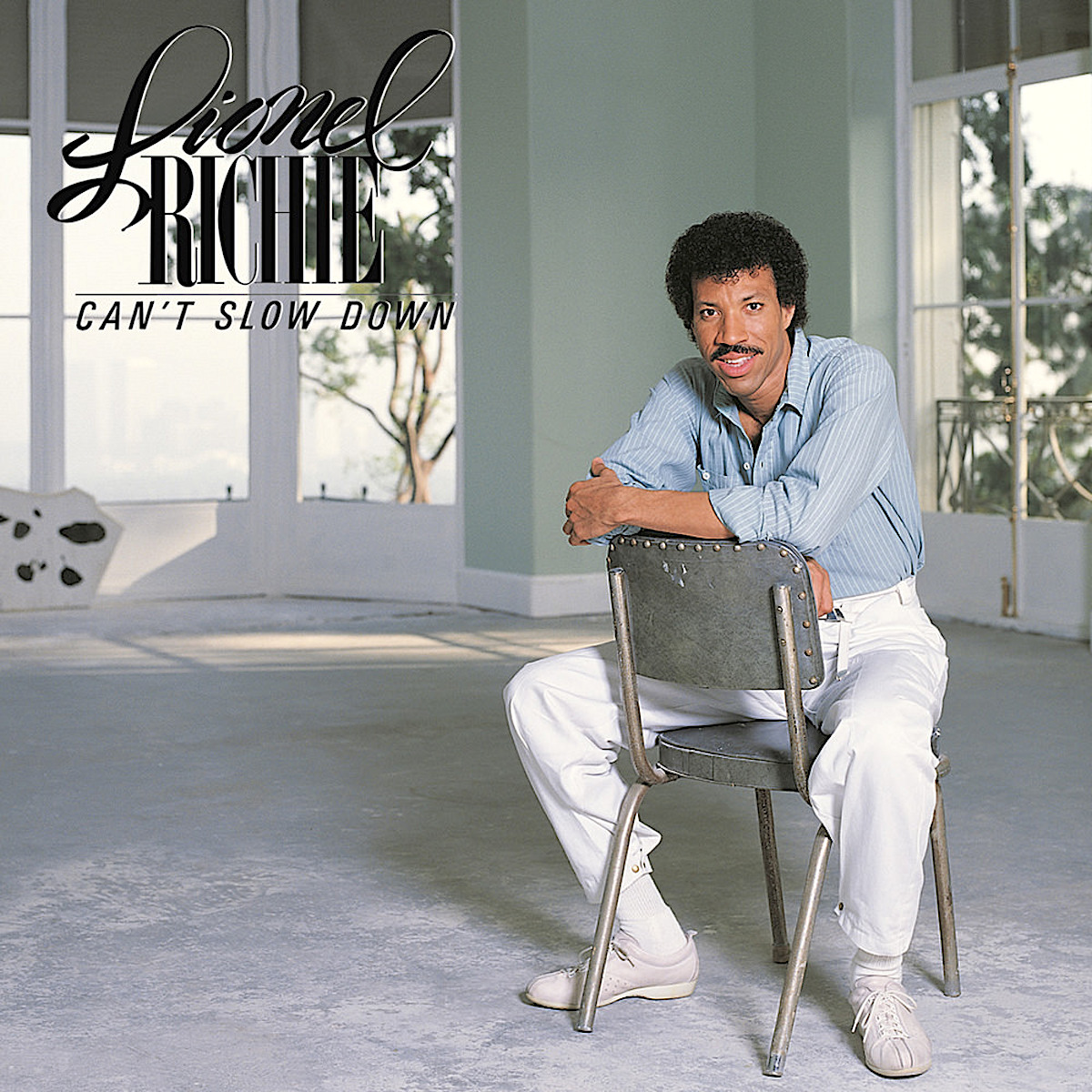 As with so many American soul stars of the 1980s, Lionel Brockman Richie Jr. served his apprenticeship in the 60s, honing his talent through constant live performances in R&B bands. In 1968, he joined The Commodores, which soon gained fame from their single Brick House –⁠ a sinewy dance number that perfectly captured the early 70s funk zeitgeist. By the end of that decade, the band was at its creative peak, with the soaring soul ballads Three Times a Lady, Still, Easy and Sail On dominating the pop charts on both sides of the Atlantic.

After an acrimonious split from The Commodores, the question was “where next?” for the group’s greatest creative force. Richie duly went solo, releasing his eponymously titled debut album in 1982. Despite it selling over four million copies, its hit singles Truly, You Are and My Love were lacklustre compared to the magic of his earlier work. It wasn’t until Can’t Slow Down, released the following year, that he found his form again. The singles All Night Long (All Night), Running with the Night, Hello, Stuck on You, and Penny Lover made him a permanent fixture in the singles charts from August 1983 to September 1984, putting the former Commodore was back at the height of his powers.

Recorded at Sunset Sound and Ocean Way, Los Angeles, and mixed down the road at Motown Recording from March to September 1983, the double Grammy Award-winning Can’t Slow Down is a sunny sounding album that hit the charts on October 11, 1983. Music fans bought it in droves, making it the 50th best-selling album of all time, and its release propelled Richie to a level of international superstardom on par with – for a while at least – Michael Jackson and Madonna. The following year, he teamed up with Jackson to write We Are The World – a charity single which sold over 20 million copies. Not bad for a boy from Tuskegee, Alabama, who’d once considered studying divinity to become a priest in the Episcopal Church…

Oddly, early critical reception to Can’t Slow Down was mixed. Perhaps it was a sign of the stellar quality of pop music coming out of the USA at that time, but some music writers thought it a little lightweight. Yet it was full of excellent pop songs with infectious tunes and often poignant lyrics. Although Richie never claimed to have one of America’s greatest soul voices, his vocal technique was still touching, tender and affecting. Combined with the excellent musicianship, the result is an album that’s a pleasure to play from beginning to end – one with an uplifting feel that gets better and better.

Another attraction of this soul/R&B classic is its slinky production. This is a slick late-period Motown recording that sounds sweet through any serious sound system. It’s packed with 80s keyboards and drum machines which – nearly four decades on – give it real period charm. The Japanese remaster [Motown UICY-60180] is arguably the CD version to have, but all releases are great for both audiophile listening and late night parties. Indeed, such is its broad appeal that – had it come out 30 years later – Can’t Slow Down could have been hailed as a decade-defining masterpiece.