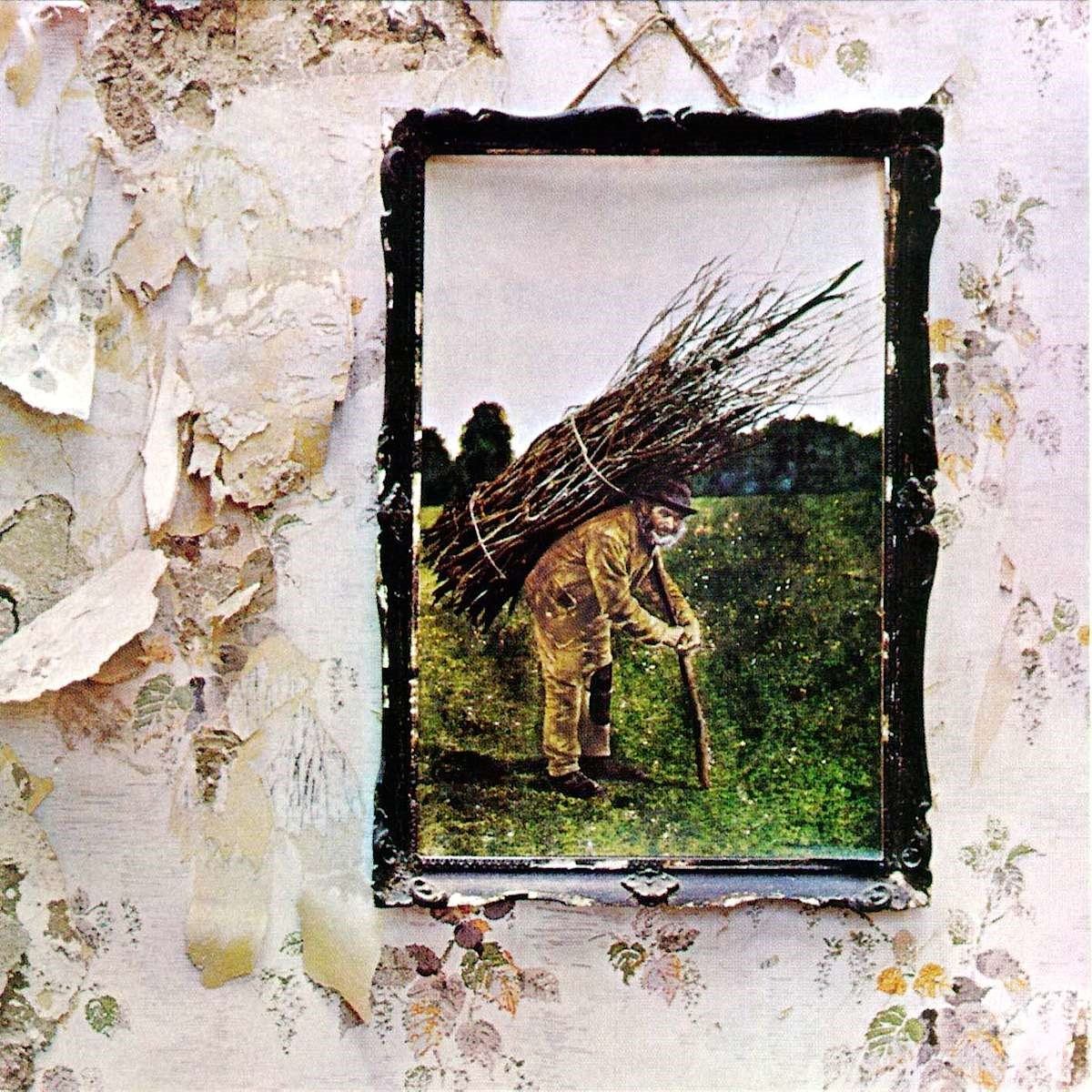 Described by Rolling Stone magazine as, “the heaviest band of all time”, this album was Led Zeppelin at their audacious best. By the time their fourth long player was released on November 8th, 1971, the band had already marked themselves out as the finest of the new generation of British Rock bands, forging a sound that became the benchmark for the emerging heavy rock scene. For the first time, it gave the group genuine commercial appeal – hitting the top of the album charts everywhere from Australia to Japan, and selling in vast numbers. In the United States alone, it notched up sales of twenty three million units…

Previously of cult sixties blues band, The Yardbirds, Jimmy Page quickly proved himself to be one of the most talented guitarists of his generation. Fellow Yardbird John Paul Jones gained a reputation for great bass and keyboard experimentation at the same time. So when they teamed up with vocalist Robert Plant and drummer John Bonham in 1968, it was a special brew. Shrewdly, they signed to Atlantic Records – a record company famous for nurturing raw talent.

Relentless touring, much of which was around the United States, played a big part in the band’s mastery of their instruments. Their fusion of earthy rock and blues found its voice in 1969’s Led Zeppelin II – with  Jimmy Page’s legendary guitar riff at the start of Whole Lotta Love proving to be a bold declaration of intent. The band’s huge, hard sound, topped off with Plant’s distinctive vocal histrionics, set the template for heavy rock music for literally decades after. By the time that IV arrived in 1971, they had added a touch of mysticism which lends an extra dimension to this rock and folk music odyssey.

Oddly, Led Zeppelin never officially named this album; Jimmy Page decided to do something different, and produce four hand-drawn symbols on the inner sleeve and record label, each one chosen by the band member it represents. The idea was to play down the group name, and not have any printing at all on the front or back cover – which featured a nineteenth-century rustic oil painting spliced into a partially demolished house. Inside the gatefold was an illustration called The Hermit, influenced by the design of Tarot cards.

The album spawned two singles, Black Dog and Rock’n’Roll, plus the classics When the Levee Breaks and Going to California, but the standout track is Stairway to Heaven – which went on to become the most requested song in the USA in the nineteen seventies. Taken as a whole, IV isn’t the greatest ever rock album, yet is a work of extraordinary maturity for a young band, with some of the most beautiful, evocative and powerful music ever committed to tape. Produced by Jimmy Page, it was largely recorded at Headley Grange, a (supposedly) haunted Victorian house in Hampshire, and this gives extra ambience to the work. Even today, via a serious digital source, it sounds superb – especially the later 2014 CD remaster (Atlantic R2-536185) and the recently released 24/96 version.