Music / Album of the Month / Kate Bush – Hounds of Love 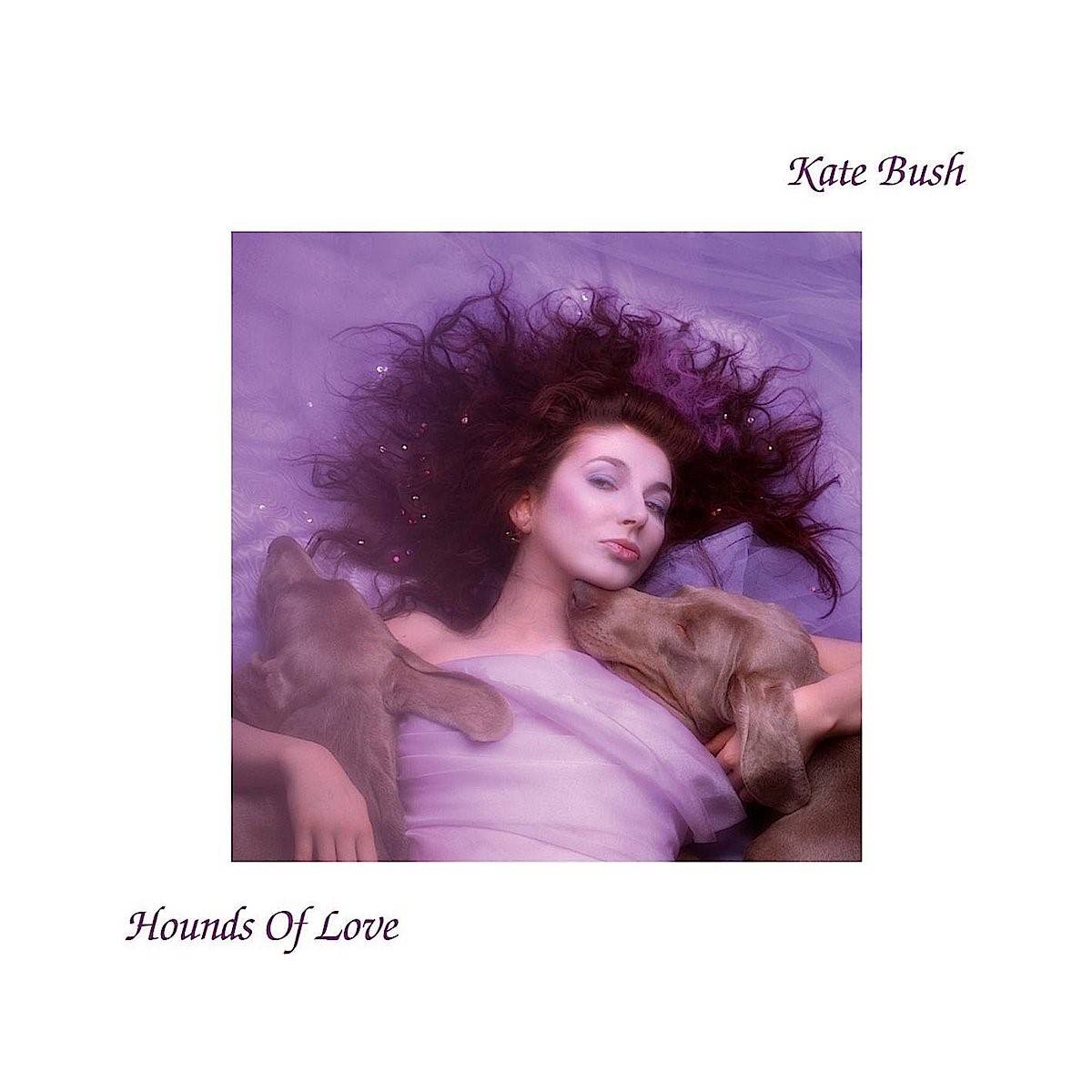 By 1976, the British music industry was experiencing a collective nervous breakdown. After a decade-long boom, there was a sense that the party was over as record buyers tired of boy bands, glam and progressive rock. At this time, a young Kate Bush was writing prolifically, between studying for her ten GCE O Levels. By 1978 when she signed to EMI, she had nearly two hundred songs on tape, and it was clear to anyone who listened that hers was a remarkable and prodigious talent. Pink Floyd’s David Gilmour certainly thought so, as he paid for her first demo tape.

Kate’s self-penned first single Wuthering Heights went to number one in the British charts – it was an epic three minutes of crashing piano cadences and whooping vocals that sounded like nothing else around. Several months earlier, the nineteen year old from Kent had spent her first advance on lessons with David Bowie’s interpretive dance teacher – which made the accompanying video look all the more intense. The Kick Inside album followed, cementing her reputation as a singer, songwriter and performer.

By the time her fifth studio album Hounds of Love was released on 16th September 1985, she was Britain’s best-selling female artist. Wisely, EMI let her follow her own creative instincts, and she duly collaborated with gifted musicians like Peter Gabriel and Youth (Killing Joke) to produce a moody, densely layered and atmospheric album that was strikingly different. In the cheesy world of nineteen eighties pop, Kate fused traditional folk music instruments with a state-of-the-art Fairlight CMI sampler and Linn drum machine, making an utterly modern yet oddly timeless sound. Densely textured with myriad sound effects, including whirring helicopter blades sampled from Pink Floyd’s The Wall, it was an extremely complex production.

This album invites you into Kate’s self-contained world of wonder and mysticism. You can almost smell the honeysuckle in the rose garden of three hundred and fifty year old Wickham Farm, where it was recorded. Its first song, Running Up That Hill, sees rumbling electronic drums and a searing Fairlight riff underpin her beautiful vocals – now less icy and more expressive than ever. The album’s lyrics meander around the themes of love and loss, obsession and desire – couched in the romanticism of a Thomas Hardy novel. They’re superbly crafted, all the more amazing considering she was still several years away from thirty at the time. “In some ways it was the best and I was the happiest I’d been compared to making other albums. I had time to breathe and work creatively”, she said.

Recorded at end of analogue’s heyday on a forty-eight track machine, even by today’s standards Hounds of Love is a fine sounding album, but not an easy one to carry off convincingly. On poor replay equipment it sounds flat and dull – although it is neither. The original 1985 Compact Disc release (EMI CDP 7 46164 2) was of excellent quality, and played from a top quality modern digital front end is highly immersive, sounding superb even now.