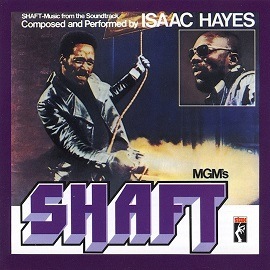 It’s rare when critics praise film soundtrack albums for their musical worth, so the fact that the US Library of Congress labelled this as “culturally, historically, and aesthetically significant” is remarkable. But it isn’t the first time that Shaft has been honoured, because it is the best selling album ever from the legendary Stax label, and won a string of awards upon its release in 1972. These included a Grammy for Best Instrumental Composition Written Specifically For A Motion Picture, and an Academy Award for Best Original Song.

Shaft is a musical masterpiece, but audiophiles will also appreciate its superlative recording quality. For an album put onto analogue tape in 1971, it sounds breathtaking even today, via the very best digital playback systems. The original 1988 Compact Disc release (Stax CDSXE 021) is lovely, while the 2007 Japanese SHM-CD version (Universal Music UCCO-9514) is sublime. No surprise then that the album also won a Grammy for Best Engineered Recording – at the time, it made jaws drop.

The Stax recording studio in Memphis, Tennessee was steeped in the finest American soul music, and home of Otis Redding, Booker T & the MGs and Sam and Dave. It had unique acoustics, thanks to originally being a cinema with sloping floor. The seats were removed, tape recorders installed, and the result was a wonderfully deep and rich sound that many soul fans instantly recognise to this day. Isaac Hayes wrote the musical score at the MGM studio between concert performances, then recorded it there on a three-track over a period of several days. This was the music that went on to the motion picture, but Hayes wasn’t happy with the sound and re-recorded it in the Stax studio on its superior quality four-track tape recorder, originally installed in 1966.

He also had the benefit of the studio’s brilliant backing band, The Bar-Kays, and a host of other session great musicians. Aside from writing all the music and lyrics, Hayes produced the album, played keyboards, sung and helped arrange the rhythms, horns and strings with Johnny Allen. It features beautiful instrumentation, tender electric piano, funky rhythm guitar, rousing trumpets and lilting flutes. The overall effect is magical; the album sounds beautifully spacious, deep, dark and velvety. Isaac Hayes’ voice is one of the creamiest ever recorded and this complements the lush orchestration and the studio’s distinctive acoustics – which make the brass sound so crisp and warm.

A musical tour de force, the songs are subtle, melodic and plaintive – and played by great session men who capture the mood completely. From the first bars of the opening song, the listener is transported to another time and place; you can almost smell nineteen seventies Memphis in your listening room. This isn’t an album of trite, upbeat, boy-meets-girl love songs; instead it soundtracks a seedy world of American inner city decay. The music is often sad, melancholic and minor key, yet rousing and uplifting too with its washes of strings and soaring brass. The Metro-Goldwyn-Mayer film – in which the multitalented Hayes also stars – is not bad, but pales in comparison to this epic soundtrack; Shaft is surely one of soul music’s high watermarks.