Music / Album of the Month / Herbie Hancock – Speak Like a Child 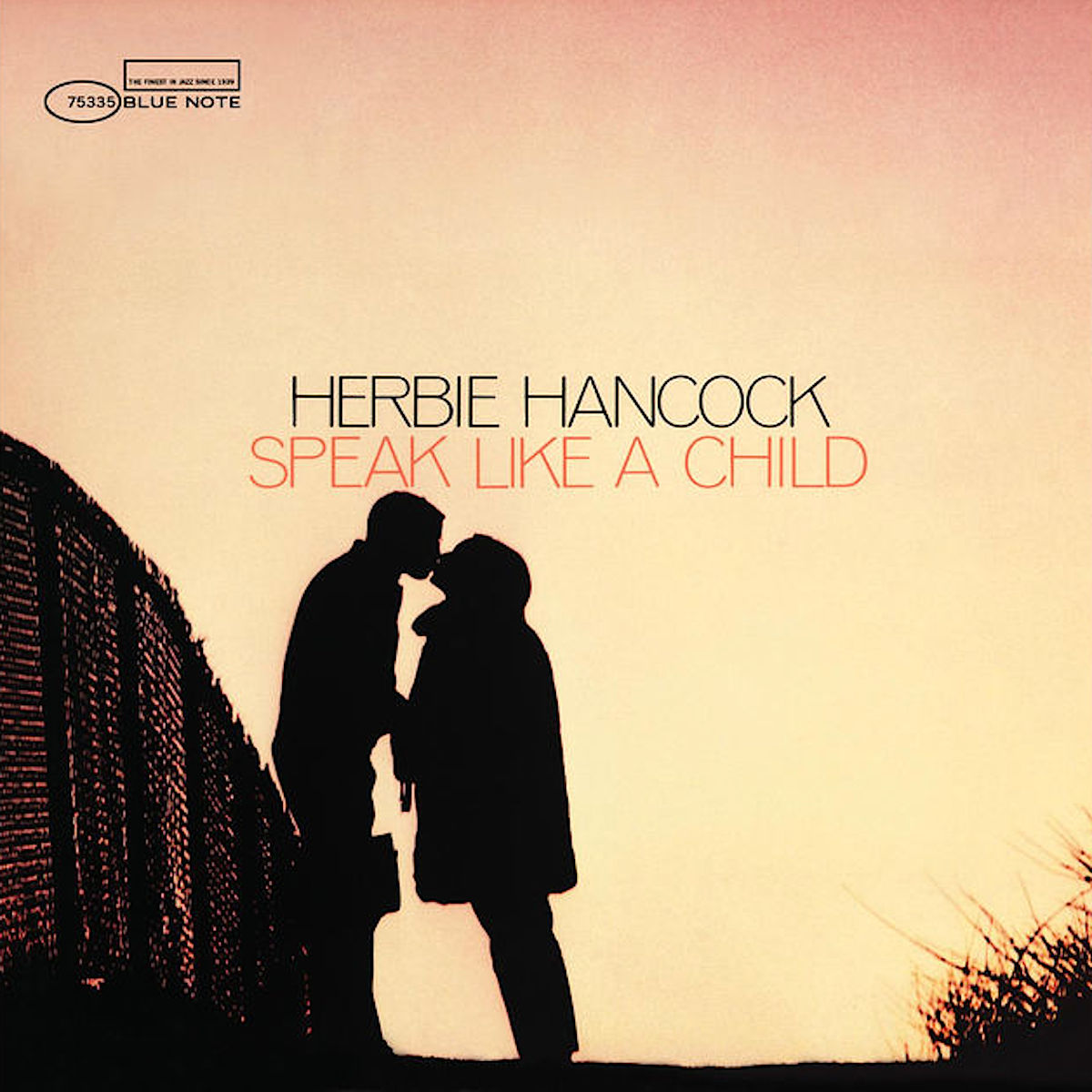 More than any other musician of his generation, Herbert Jeffrey Hancock moved jazz music forward. He was an important artist for Blue Note – a great label that defined the post-bop era of the nineteen sixties and seventies. Born in Chicago in 1940, the son of a government meat inspector, Herbie started playing classical piano from an early age, and was regarded as something of a child prodigy. However, his heart was in jazz, where he soon developed a style of his own. The Hi-Lo’s were an important influence, as he later explained: “That’s when I really learned some much farther-out voicings – like the harmonies I used on Speak Like a Child… I really got that from Clare Fischer’s arrangements for the Hi-Lo’s. Clare was a major influence on my harmonic concept.”


At the tender age of twenty, he moved to Chicago and began working with Donald Byrd and Coleman Hawkins, where his reputation grew. Off the back of this, Blue Note offered him a contract, and Takin’ Off (1962) was the result. Watermelon Man caught the ear of Miles Davis, who signed him up for his band; he got to work with a stellar cast of young jazzers, including bassist Ron Carter, drummer Tony Williams and saxophonist Wayne Shorter. During this era, he recorded some excellent solo albums such as Empyrean Isles (1964) and Maiden Voyage (1965), which came to be seen as a template for the new jazz style. The two albums that followed – Speak Like a Child (1968) and The Prisoner (1969) are less celebrated, but no less beautiful…


1968 was a year of turmoil across the western world, and inspired some great rock protest songs. Hancock’s sixth album however, was a riposte to this. He wanted, “a forward look into what could be a bright future”, and Speak Like a Child was an attempt to restore some lost innocence, purity and spontaneity. He described the idea behind it as thinking and feeling, “in terms of hope, and the possibilities of making our future less impure.” He said he was thinking about a type of music between jazz and rock. “This album is an extension of Maiden Voyage in terms of use of simple, singable melodies. I’ve been trying for a long time to work on swinging, and of all the albums I have done, this to me swings the most.”

The result was a beautiful, innovative sounding modern jazz record. Recorded in March 1968 at Van Gelder Studio, New Jersey, Hancock delivered some of his sweetest, most tender piano work, with brilliant accompaniment from Ron Carter on bass and Mickey Roker on drums. The alto flute of Jerry Dodgion, bass trombone of Peter Philips and flugelhorn of Thad Jones make for an unusual front line. The result is a rich but floaty sound with wonderfully lyrical playing. The harmonies give vibrancy and colour, the texture of the music is delicious, and the melodies are simple and catchy. “Of all the albums I’ve done, this to me swings the most”, said Hancock. For the best sound on silver disc, seek out the 1999 Japanese Compact Disc reissue (Blue Note BNST-84279).

Listen to all our 2018 AOTM suggestions on TIDAL