Music / Album of the Month / Genesis – Trick of the Tail

Genesis - Trick of the Tail 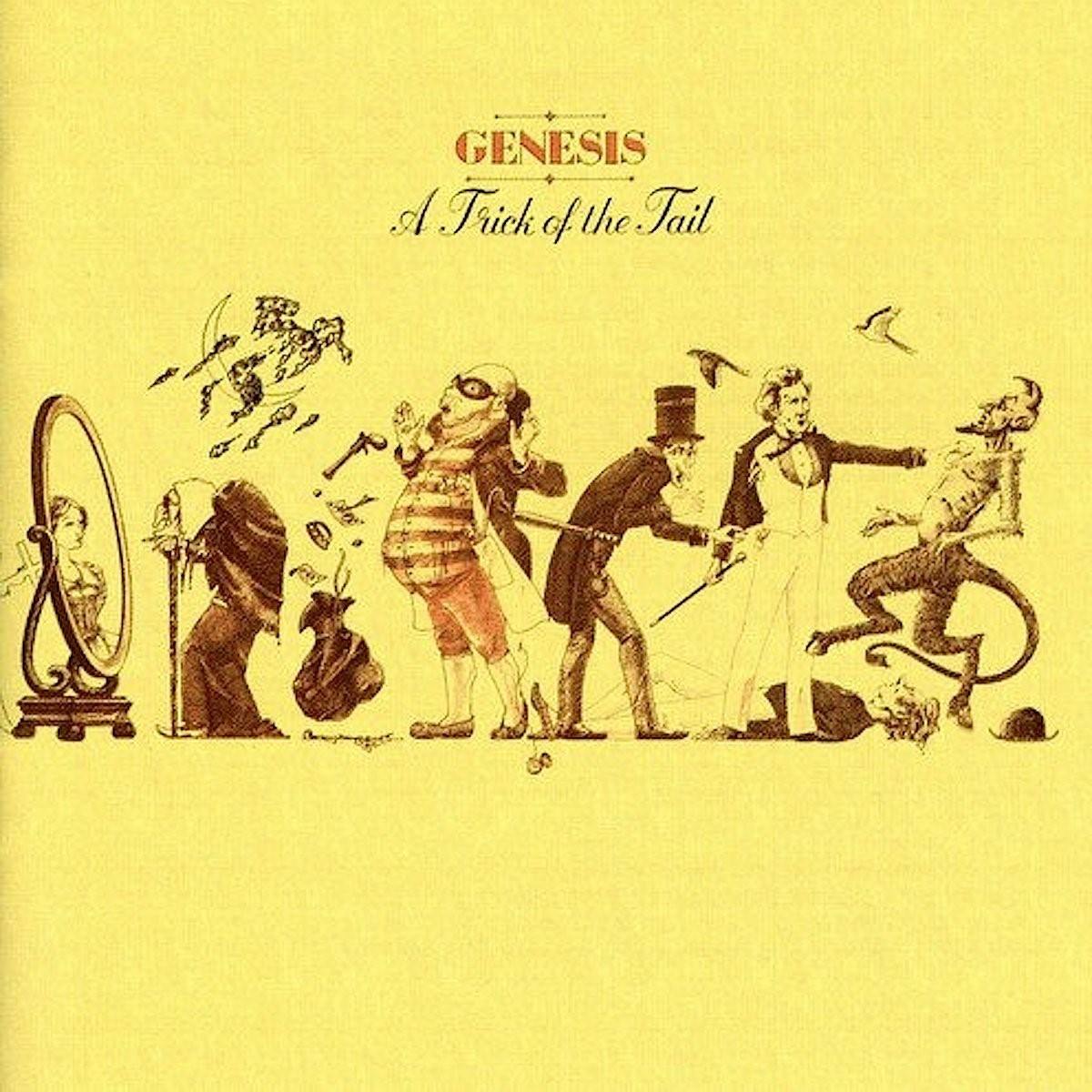 History is littered with the bones of old rock bands that fell by the wayside when their charismatic frontmen left to pursue solo careers. So when Peter Gabriel quit Genesis in the winter of 1974 after six studio albums, Phil Collins, Mike Rutherford, Steve Hackett and Tony Banks must have wondered how they could keep things together…

Released in February 1976 on Charisma Records, A Trick of the Tail was ‘continuity Genesis’. The band stuck closely to their formula of dreamy, intricate progressive rock – infused with a dose of mysticism – that had previously done them so proud. The lack of Gabriel – a stellar talent and hitherto the force behind the band – made less of an impact than expected. Actually, whisper it quietly, A Trick of the Tail was actually one of the band’s finest early-period albums, despite the absence of their iconic frontman.

Collins took Gabriel’s lead vocal role. Live, he lacked the intensity, flair and charisma of his predecessor, but his voice was – by sheer coincidence – uncannily similar and this allowed the band to retain their trademark sound. Collins didn’t quite have the magic, but the rest of the band raised their game, collectively writing some fine songs and the result was a surprisingly powerful and romantic yet quirky long player. It proved the critics wrong, reaching third place in the British album charts, and doing very well Stateside, too.

The story goes that, having listened to over four hundred auditions for Gabriel’s lead role, the band went into Trident Studios to lay down backing tracks and Collins agreed to do guide vocals. Yet his performance on Squonk was so good that it convinced everyone he could actually front the band. “I didn’t want to not be the drummer”, he said, yet dutifully laid down lead vocals for the rest of the album. Later on tour, drummer Collins received support from Bill Bruford, but Trick of the Tail retains the former’s superb stickwork. His huge, crunching drum sound on uptempo numbers like Robbery, Assault and Battery is an interesting portent of things to come – a kind of prologue to In the Air Tonight, done nearly a decade later.

No progressive rock album is an exercise in understatement, but A Trick of the Tail is subtle enough to grow on you. Musically, it has big, blustering moments like Dance on a Volcano and Los Endos, but there’s also some richly nuanced and infectiously catchy ballads in there too, such as Ripples and Mad Man Moon. Lyrically, the album is more accessible and less pretentious than Peter Gabriel’s earlier attempts. Interestingly, he too moved to less flowery and ornate songwriting with his superb 1975 eponymous solo album.

Sonically this album is impressive, yet benefits from a serious source to cut through the complex multitrack David Hentschel co-production. It’s quintessential nineteen seventies British prog, with a tight snare sound, complex stereo mix and a light, dry bass. Across the midband, there’s masses of detail struggling to get out, including Hackett’s intricate 12-string guitar work. CD fans should seek out the original early nineties UK pressing (Virgin CDSCDX 4001), while the 2007 Japanese SACD (Virgin/Charisma TOGP-15011) is the hi-res pick.