Music / Album of the Month / Dr Feelgood – Down By The Jetty

Dr Feelgood – Down By The Jetty 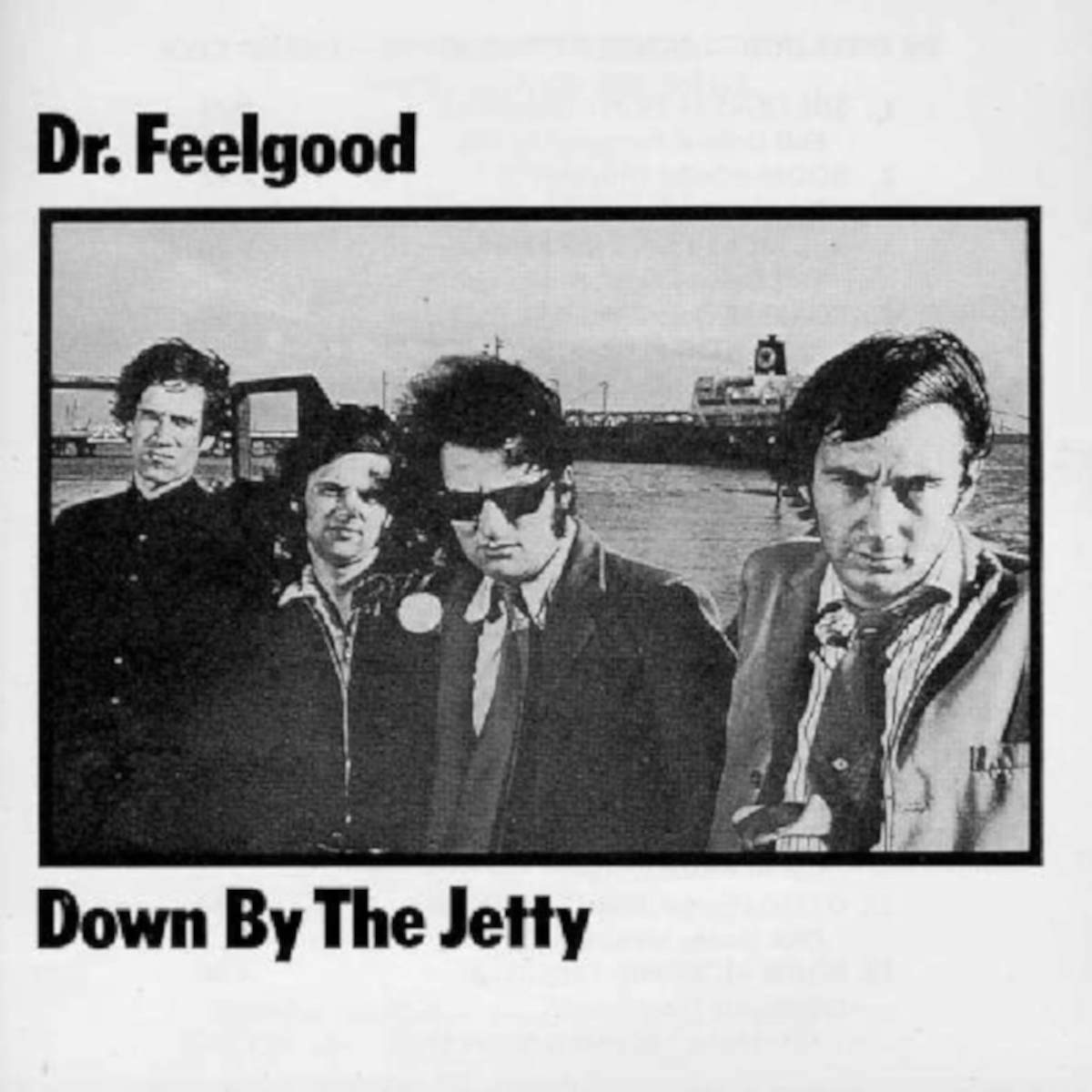 No definitive account of nineteen seventies popular music would be complete without mentioning Dr Feelgood. Formed in Canvey Island, Essex, in 1971, from day one the band had the distinction of being one of Britain’s most unfashionable pop groups. At that time, pop music was moving from Progressive Rock to Glam, and then soon to Punk – yet guitarist Wilko Johnson, singer Lee Brilleaux, bass player John B. Sparks and drummer John Martin were none of the above. In love with rhythm and blues – a genre widely regarded as just an influence on other great bands, rather than a thing in itself – they were way out of time.

The band’s name was taken from Willie Perryman’s 1962 hit Doctor Feelgood, recorded under the moniker of Dr. Feelgood & The Interns – as well as being a drug-related slang term. Brillaint young musicians, their skills were honed by relentless gigging in London pubs and clubs, and they were devoted to R&B in spite of it being very much a niche pursuit. Their playing style was certainly not in the manner of slick American greats such as John Lee Hooker, though. Instead it was spiky, raw and edgy to the point that at their best, their music was almost an assault on the senses. In a way, they presaged Punk Rock in this, doing to R&B what the likes of the Sex Pistols did to Rock and Roll. As The Independent’s Nick Hasted put it, “Feelgood are remembered in rock history as John the Baptists to Punk’s messiahs…”

The band’s first album Down By The Jetty was recorded for United Artists between the June 8th and November 27th, 1974, then released the following January. Its non-nonsense monochrome cover shot was a dramatic contrast to the ornate, colourful designs of Progressive rockers like Pink Floyd and Genesis – and its production way off too. Indeed, it was deliberately mastered in mono, which couldn’t have been more contrary to the fashion of the day for sophisticated multi-tracked stereo recordings. The result is forty-plus minutes of crunchy, stripped-down, guitar driven music that has an attitude that few debut albums have ever bettered.

From the opening thrash of She Does It Right to the grimy cover of John Lee Hooker’s Boom Boom, to the slippery rhythms of More I Give and the scratchy All Through the City, this album is a fascinating mish-mash of old school American Blues and nineteen seventies British teenage angst. Although the band never thought their music translated well to studio albums, Down By The Jetty sounds unique all the same. The Vic Maile production is refreshingly lean and mean, full of grit, energy and edge – things lacking in today’s over-produced, computer-assisted pop fodder. Because the band and their music were terminally out of fashion at the time of its release, Down By The Jetty has hardly dated and sounds strangely timeless now.

The most recent 2006 CD remaster [EMI 0946 363951] is very clean, and well able to capture the visceral energy of the musicianship, along with the catchy riffs and stripped-down rhythms. Lee Brilleaux’s vocals are crisp and clear, while Wilko Johnson’s razor-edged guitar work is breathtakingly syncopated with that super-tight rhythm section.

A couple of years after its release, Rock critics were waxing lyrical about the power and directness of The Ramones, largely neglecting the brilliance of a much less pretentious band closer to home. Indeed, Down By The Jetty went on to become a formative influence on the careers of greats like Paul Weller and Blondie, as well as being a seriously special album in its own right.