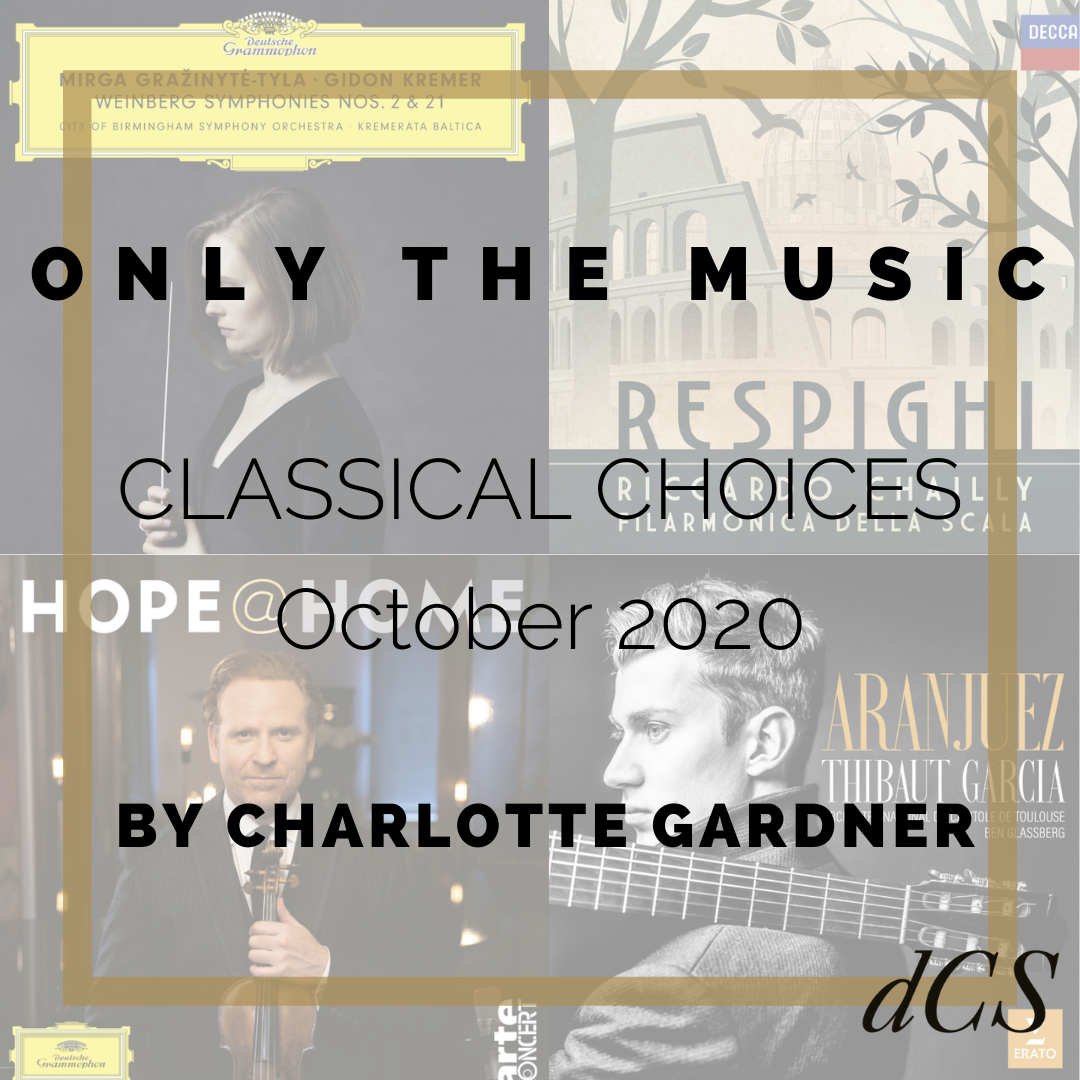 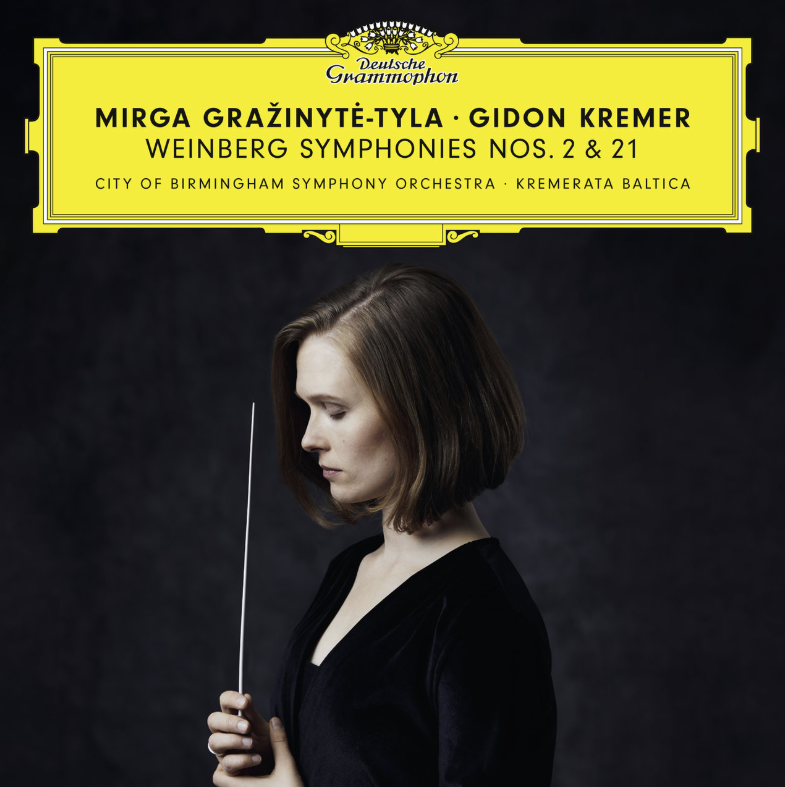 This month’s playlist opens with a modern classic just named Recording of the Year at the 2020 Gramophone Awards: Weinberg Symphonies Nos 2 & 21 from the City of Birmingham Symphony Orchestra under its Music Director Mirga Gražinytė-Tyla, joined by violinist Gidon Kremer and his Kremerata Baltica.

If you’ve never heard the name Mieczyslaw Weinberg before, fear not: most people in the classical music world (myself included) hadn’t either, until around five years ago. Polish-Jewish Weinberg was born in Warsaw in 1919, and settled in Moscow in 1943, where he became a close friend of Shostakovich. His lifetime wasn’t a story of complete rejection, but it wasn’t until after his death in 1996 that the international musical world began to wake up to his music, thanks to champions such as Kremer.

On to this album, and its major event: a beautifully captured recording of the 2018 UK premiere of Weinberg’s “Kaddish” Symphony No 21, performed at Birmingham Symphony Hall. Completed in 1991, the symphony is dedicated to the dedicated to the memory of those who died in the Warsaw Ghetto. Its six movements of immense and devastating war memorial manage to sound both grand and heartrendingly intimate – thanks in part to the huge crescendos and climaxes being balanced by

long stretches of chamber scoring. The scoring is non-typical for a symphony too, featuring piano solos, violin solos -played with deep soul here by Kremer – and an unearthly soprano solo in the final movement, sung here to ghostly pure-voiced perfection by Gražinytė-Tyla herself.

The first thing to hit your ears on this recording, however, is the ravishingly rich, dark and polished strings sound, which proves what a masterstoke it was to combine the might of the

CBSO with the Russian strings tradition of Kremerata Baltica. There’s also Gražinytė-Tyla’s deft sustaining of the tension and long lines to appreciate throughout.

The result is a performance of such beauty and power that I’m not sure I’ve been so very aware (at the end of a recording, at least) of the silence after the final chord. Add the Symphony No 2, recorded the following month in Vilnius, and it’s no exaggeration to say that this isn’t simply a wonderful recording – it’s a hugely important one that we will no doubt be using as a benchmark for generations to come. I’ve given you just the first movement of No 21 here, but please do listen to it all. 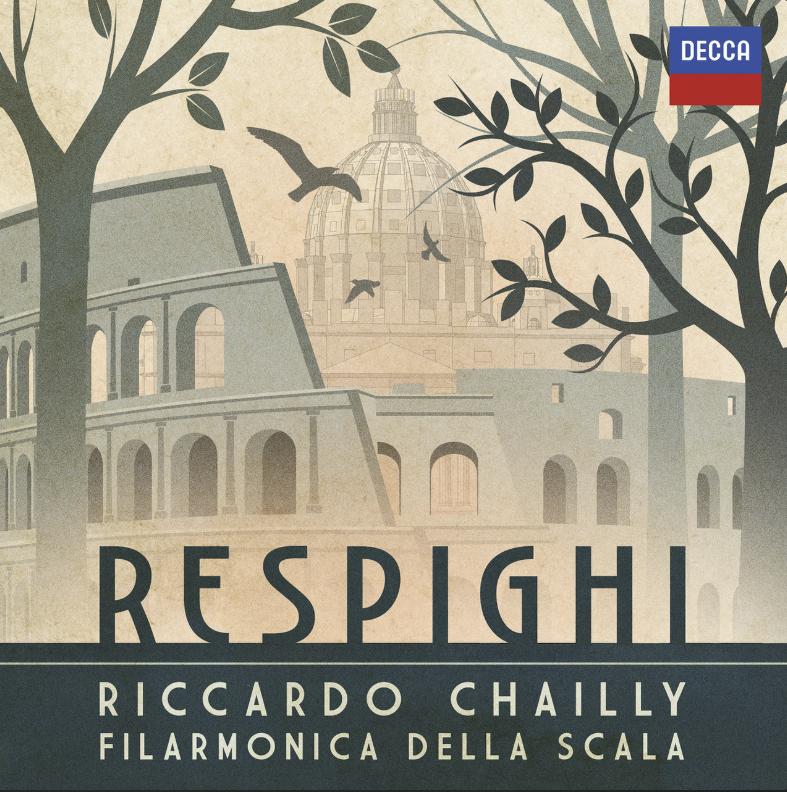 For the latest in their series on the Italian masters, Riccardo Chailly and the Filarmonica della Scala orchestra have turned their attentions to Ottorino Respighi. The recording deserves praise for its unusually wide perspective, combining three often-recorded ‘greatest hits’ – Pines of Rome (1924), Fountains of Rome (1915-16), and the third set of Ancient Airs and Dances (1931) – with three early career rarities in the form of the Aria (1901), the Leggenda for violin and orchestra (1902), and Di Sera for two oboes and strings (1903).

It’s also a delight to listen to – and to say that the performances seem to leap out at you from the stereo would be something of an understatement. Right from the programme-opening Pines of Rome, where the glittering rush, playfulness and metrical fluidity heard from the first bars of its Villa Borghese perfectly captures Respighi’s picture of children playing games in the sunlight, while displaying some seriously virtuosic orchestral playing, all couched in Chailly’s trademark brightly lucid textures. The whole album, in fact, is awash with this opera orchestra’s feel for the theatrical and for colour, with superlative solo turns from its individual members providing the proverbial cherry on the cake. I’ve given you the whole of The Pines of Rome, plus the Leggenda. 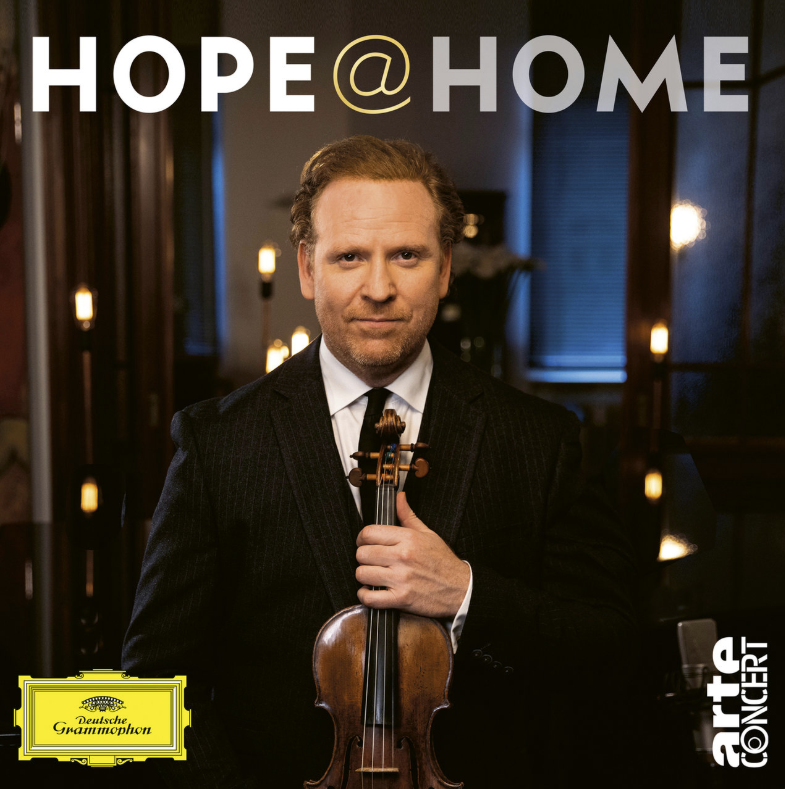 At the height of the coronavirus lockdowns earlier this year, violinist Daniel Hope watched with fascination and admiration as many of his fellow musicians took to performing on social media via their mobile phones. This led him to wonder whether it might be possible to produce a stream from his own home that could sound as good as a performance in a concert hall – an idea he discussed with his friend Tobias Lehmann, co-owner of Berlin recording space Teldex Studio.

He was soon given the opportunity to test this out, when German-French cultural television channel ARTE invited him to perform a lockdown concert. The result was Hope@Home: a series of 34 live concerts, broadcast on consecutive nights from Hope’s house in Berlin, which was converted into a socially distanced DIY studio with one cameraman, two unmanned cameras and a sound team in the basement.

The programme has now been compiled for posterity, in an album captured straight from the live broadcasts, with no second takes or patches. “Some pieces were rehearsed, others were not,” writes Hope in his notes. “In some cases, Christoph Israel finished the arrangements literally minutes before we went live. You hear the frequent squeak of my living room floor, as well as other spontaneous bumps and bangs.”

Repertoire-wise, it’s a multi-genre release, with a quiet, late-night cabaret feel. Kurt Weill rubs shoulders with Nino Rota, Schubert with Richard Heymann. Faure with German hiphop. Beauty and calm is everywhere, as is wistfulness, and while it’s certainly sentimental, it is never cloyingly so. The listening experience feels a little close to the bone at times, given that we’re still inhabiting a strange semi-lockdown world, but it’s also strangely comforting, and the engineering, with its sense of place is very much part of that. The overall sound quality is sumptuously warm and intimate, and the balance surprisingly good. I’ve given you Schubert’s An die Musik, featuring Hope and Israel alone, so you can experience the full effect of how Hope’s violin sounds in the room, huskily cloaked in its lower registers and achingly sweet up top. Either side of that, there is Max Rabe joining the pair for a performance of Heymann’s Irgendwo auf der Welt, and singer-songwriter Joy Denalane with rapper singer-songwriter Max Herre for Berlin-Tel Aviv. 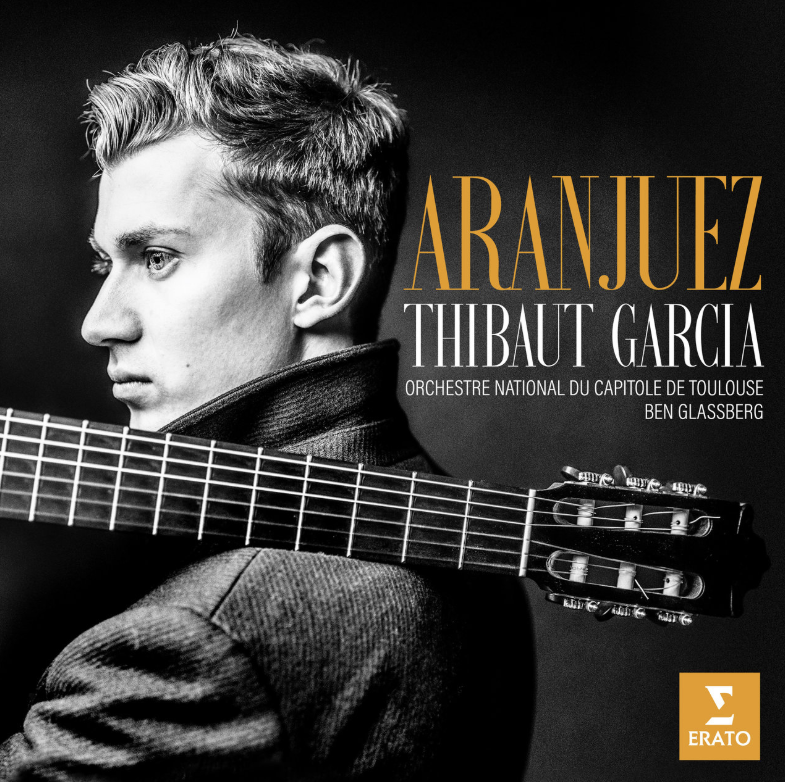 “One of the most sheerly beautiful takes I’ve heard from any guitarist to date” is how Gramophone magazine’s critic described young Franco-Spanish guitarist Thibaut Garcia’s recording of the Bach/Gounod Ave Maria on his 2018 album, Bach Inspirations. The accolade is even more impressive when you consider that Garcia was just 24 years old at the time, having signed to Erato two years previously. Now, we have his first concerto recording for the label, for which he’s paired up with the Orchestre National du Capitole de Toulouse under yet another 20-something rising star, British conductor Ben Glassberg – Principal Conductor of Glyndbourne Tour – who this season took up the musical directorship of the Opéra de Rouen.

While an album titled ‘Arunjuez’ doesn’t shout ‘voyage of discovery’ – particularly when Rodrigo’s Concierto de Arunjuez is the most famous guitar concerto of the lot – this album proves to be just that, for two reasons. First, because the partner concerto is Alexandre Tansman’s 1960 suite in neo-Baroque style, Musique du cour, and the solo works filling the remainder of the programme are equally unfamiliar (at least to non-guitar boffins) – four short pieces by the guitarist Regino Saintz de la Maza, to whom the Concerto de Aranjuez was dedicated, plus Garcia’s own transcriptions of the lute Suite in A minor written by Tansman’s inspiration, the 18th century guitarist Robert de Visée. Second, because I’m unsure when I last heard the Arunjuez sounding so very freshly minted. Garcia himself is luminous-toned and poetically lyrical, with his lines beautifully shaped and shaded, and his crisp articulation gorgeously coloured. The orchestral performance is an equal revelation, from the joyfully, alertly poised and deftly twinkle-toed manner in which they dance through the opening Allegro, to the partnering which is so generously responsive that it feels positively chamber-like. I’ve given you the Concierto de Arunjuez, then the Rondeau from the de Visée suite.