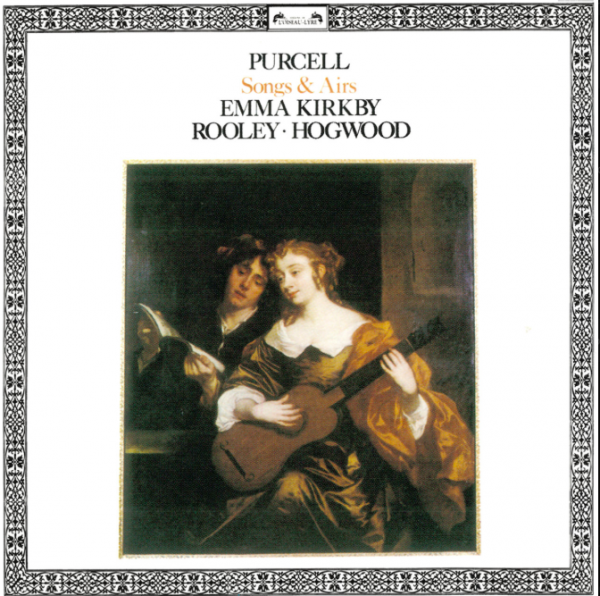 I’m writing October’s Only the Music just days after the 2019 Gramophone Awards, which saw British soprano Dame Emma Kirkby receive the Lifetime Achievement award to one of the most unanimously joyful applauses I’ve ever witnessed at an awards ceremony, complete with standing ovation. For good reason too, because it’s actually hard to quantify the enormous impact that her pure, crystalline voice had – over countless lovingly engineered albums – on winning the wide public over to the beauties of Baroque music performed in a historically-informed manner. In fact it was through her that I personally came to love the music of Henry Purcell. So I’ve begun this playlist with her 1982 recording of Purcell’s Evening Hymn, accompanied by Christopher Hogwood on organ and Anthony Rooley on lute.

Moving forwards, this month’s trio of new releases begins with a Czech piano feast: the Bamberg Symphony Orchestra and their Czech conductor Jakub Hrusa joining forces with Czech pianist Ivo  Kahánek for a superb performance of Dvořák’s Piano Concerto, inventively paired with an equally superb reading of Martinů’s Piano Concerto No 4 “Incantation”. Next comes a sparkling all-Vivaldi programme: the recording debut of Jupiter, lutenist Thomas Dunford’s new Baroque ensemble which is comprised of some of the younger generation’s brightest rising soloists. Finally, the first installment of what promises to be a keeper of a Brahms series from Edward Gardner and the Bergen Symphony, beginning with his First and Third symphonies. 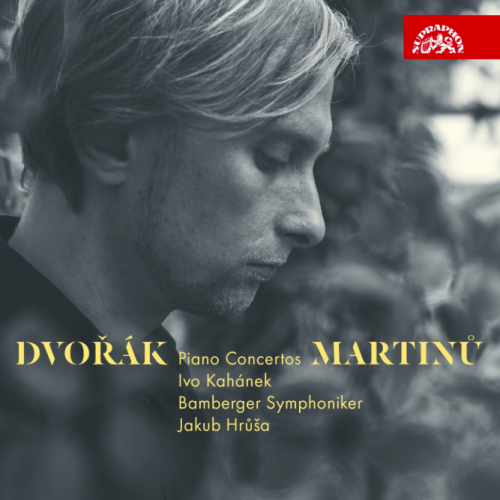 Dvorak’s Piano Concerto (the only one he wrote) has never really properly achieved core repertoire status either on the concert platform or in the recording studio, which in my view is a tremendous shame given that it’s got everything you could wish for from a Dvorak concerto: a sombre, fiery and heroic first movement, a dreamily warm and beautiful central slow movement, and a finale which trips along with the dance rhythms of Czech folk music. So there’s an extent to which simply having another recording of it is a good thing in itself. However this one is also very, very good: joyously performed with the perfect balancings of drama, romance and perkiness, plus palpable Czech soul (and of course conductor Jakub Hrusa and pianist Ivo Kahánek are both Czech themselves). There’s also an appealing lightness to the orchestral sound itself: enough dark meatiness to satisfy those who like their Czech with plenty of sombre bass, but also fleet-footed and ringing in tone. As for the engineering, this satisfyingly captures all the little passings of solo lines between the orchestral instruments, whilst casting the piano itself in a brightly golden and resonant light. Then, they’ve not only kept the Czech theme for the Dvorak’s partner piece, but done something genuinely interesting by again skirting the standard repertoire, this time in favour of Martinů’s two-movement Piano Concerto No 4 “Incantation” of 1956. In short, a big thumbs up. 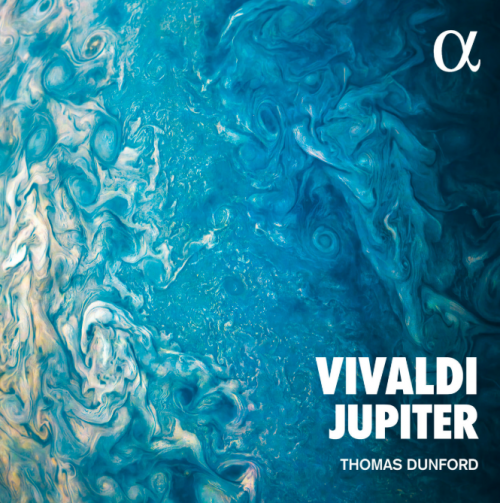 I’d been impatiently waiting for this album for well over a year before it finally hit my desk, and the reality absolutely matches up to my high expectations. Jupiter Ensemble is a new Baroque ensemble  founded by lutenist Thomas Dunford, which counts amongst its number some of the brightest stars of the younger generation: Baroque specialists such as harpsichordist Jean Rondeau and mezzo Lea Desandre, but also non-Baroque-specialist cellist Bruno Philippe, who casts off his modern soloist’s mantle to become a wonderfully sensitive continuo (accompaniment) player on gut strings. I attended their Paris concert debut last year – a Vivaldi programme at the Auditorium du Louvre – and was blown away by the freshness of their sound, and pleasure in both the music and each other. Now it’s that Vivaldi programme which they’ve taken into the recording studio, and all the previous adjectives still apply, along with some bristling and tactile engineering. It’s also as varied and wide-ranging as Vivaldi’s own output, featuring concertos for bassoon, cello and lute, along with sacred and secular soprano arias. Plus, make sure listen all the way to the end, because there’s a hidden bonus track in the form of their sparkily genre-bending self-composed, “We are the Ocean”. As for my playlist though, in a bid to give you a flavour of all that aforementioned variety, my choices begin with the central slow movement of the Bassoon Concerto in G minor, RV 495 with soloist Peter Whelan, where the outer movements’ harpsichord continuo has been replaced with organ, adding a wonderful soft blackness to the supporting sound against bassoon’s contrasting reediness. Next I’ve gone for the Cum Dederit from Dessandre, over which the poise and control on display from everyone adds up to a tension you could cut with a knife. Then finally some major tonality in the form of Dunford playing the final movement of the Lute Concerto in D major, RV 93. This the first installment of a new Brahms series from Edward Gardner and the Bergen Philharmonic Orchestra, and it couldn’t have begun in stronger fashion. Firstly, the choices themselves: the momental Symphony No 1 which after its premiere was quickly dubbed “Beethoven’s Tenth”; contrasted with much shorter, more turbulent and far more personal Symphony No 3, with its sublimely lilting Third movement and its musical nods to the emotionally-draining but artistically enriching relationships he had with Robert and Clara Schumann. The Bergen themselves are on top form, with a wonderful sheen and rhythmic suppleness to their sound, and always the strong impression of chamber music mentality in their understanding of the score and in the no-holds-barred conviction of their playing. All of which has been beautifully captured by the engineering itself, which itself has been recorded in surround sound. I’ve given you the First Symphony, so by way of example listen to the proudly ravishingly, shining lyricism of the flute in the First symphony’s final movement at 2’47” as Brahms prepares us for the famous heroic theme’s entrance at 4’16”.