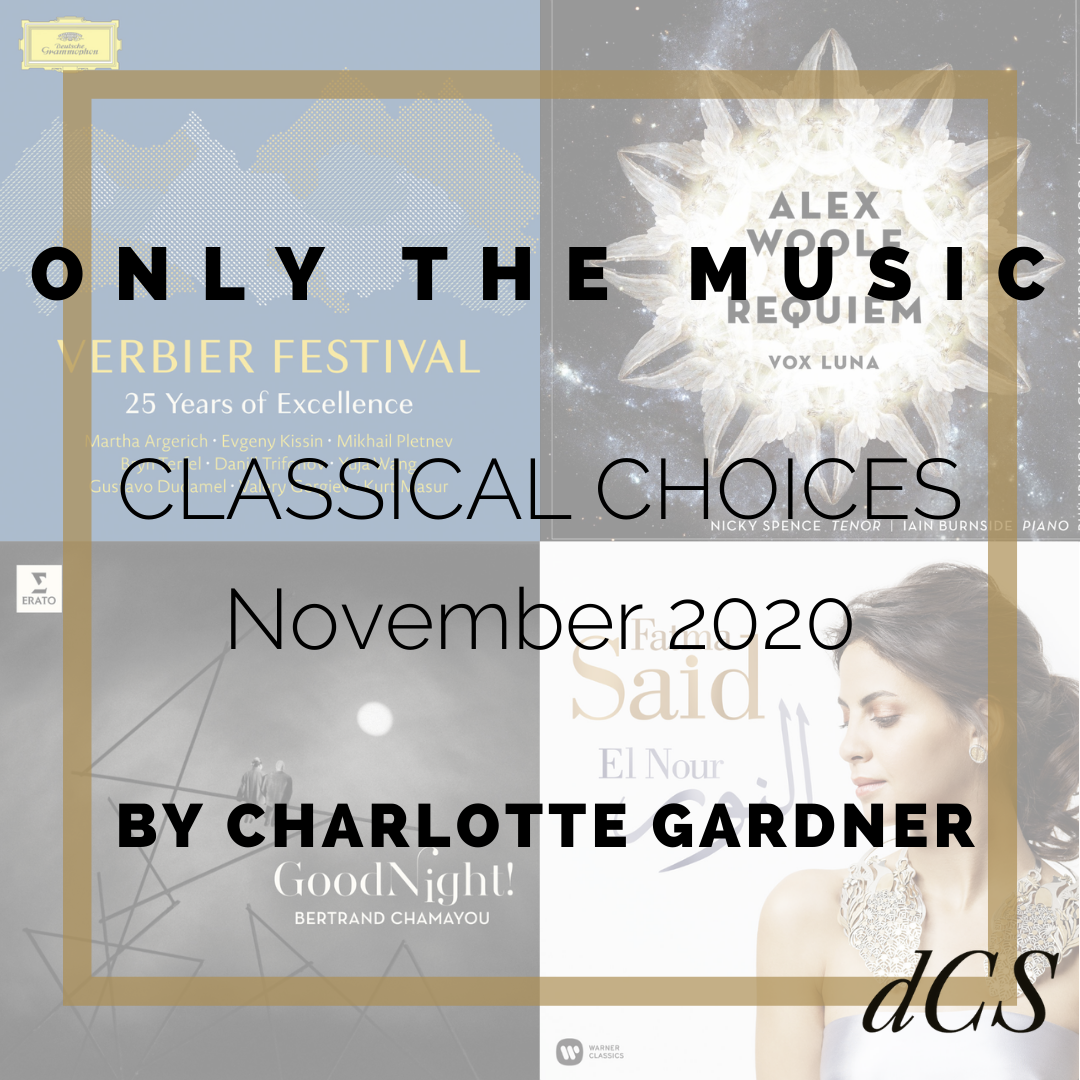 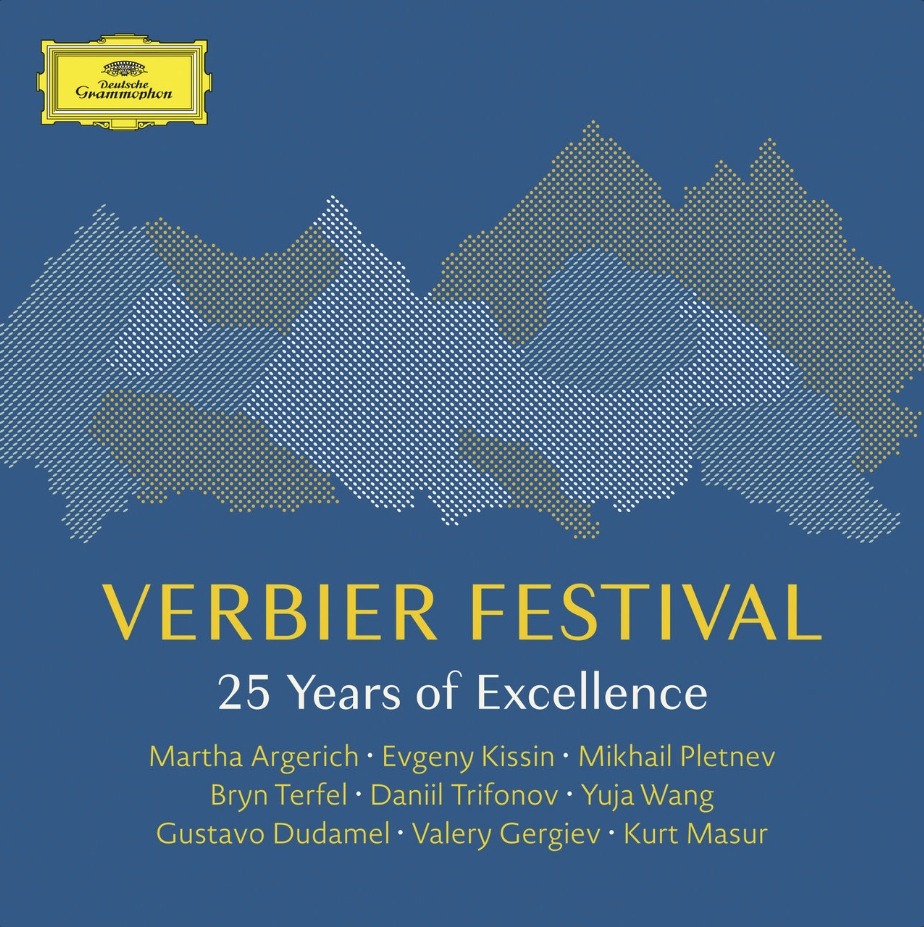 Without intending to, I’ve managed to pick three relatively slow-tempo albums for November’s Classical Choices, which makes this month’s playlist an especially good choice for evenings hunkering down in the warm as we get through another round of lockdown. This also means, however, that this month’s archive opener needs to be both seriously upbeat and indisputably merry. Alexander Tsfasman’s Suite for Piano and Orchestra of 1945 meets both of these requirements, while also offering the joy of discovering some decidedly niche repertoire.

Tsfasman (1906-1971) was a Soviet pianist, composer and big band leader, and the first Russian to perform Gershwin’s Rhapsody in Blue. As for his rarely-performed Suite for Piano and Orchestra, it’s perhaps best described as, ‘Hollywood meets Looney Tunes by way of Russia’: a first movement with outer sections that meld the suave froth of a Fred Astaire musical with the madcap fun of a Tom and Jerry cartoon, separated by a lushly romantic central section which could have been plucked straight from a Rachmaninov piano concerto; a second movement Waltz with a similar haunting quality to those Shostakovich was writing in the same era; a tongue and cheek Polka, and a final Presto that’s actually titled “Career” – presumably because of the breakneck speed at which the pianist’s passagework needs to be dashed off. I’ve given you Mikhail Pletnev playing this with the Verbier Festival Orchestra under Kent Nagano, and the nonchalance and featherweight touch with which he dashes off the final movement in particular is utterly staggering.

From there, we move on to the new releases, which include British composer Alex Woolf conducting his powerful Requiem of 2018, an exquisite programme of night music from pianist Bertrand Chamayou, and a fascinating programme of culture crossings from Egyptian soprano Fatma Said. 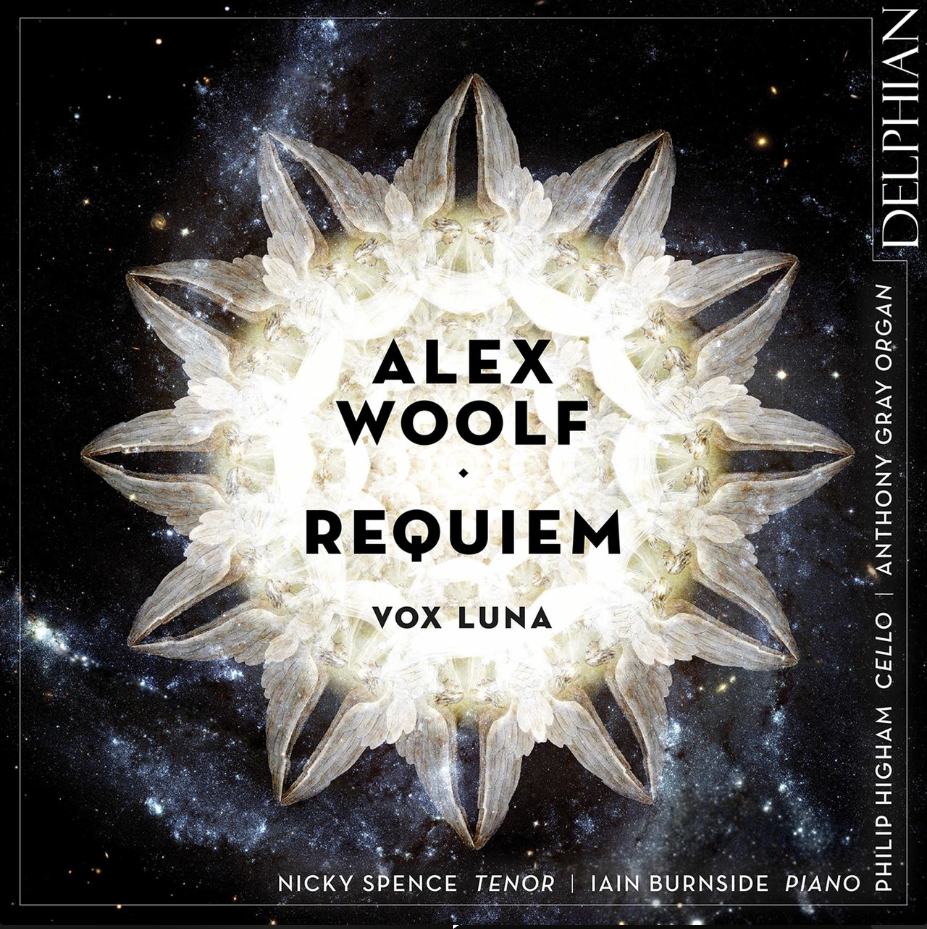 It’s hard to believe, listening to Alex Woolf’s Requiem of 2018, that this is a composer in his mid 20s. To write a requiem at all is a major statement, and this one packs a whopping emotional punch through writing that seems to sit simultaneously within the requiem, English church and concert hall music traditions, while also giving us something entirely new. In terms of shape, it’s scored for chorus, solo tenor, piano and organ, and alongside the traditional Latin texts, it incorporates three poems by Welsh writer Gillian Clarke, who served as National Poet of Wales from 2008 to 2016.

The first of these poems, The Fall, is placed where the Dies Irae would traditionally sit, and describes a very different day of wrath – September 11, 2001. A universe away from the usual doom-laden Dies Irae fortissimo tutti shout, this is an intense, silence-weighted, long-lined lament for solo tenor, cello and piano, and the performance here by tenor Nicky Spence, cellist Philip Higham and pianist Iain Burnside is one that will stop you in your tracks with its taut poise.

If all this sounds a little depressing, know that this work is in fact anything but. Its trajectory is one that takes us from despair to consolation, as In Paradisum (which provides a wonderful showcase for the clarity, warmth and emotional commitment of Woolf’s choir Vox Luna) later makes plain. For this playlist, I’ve given you the Introit, The Fall and In Paradisum. 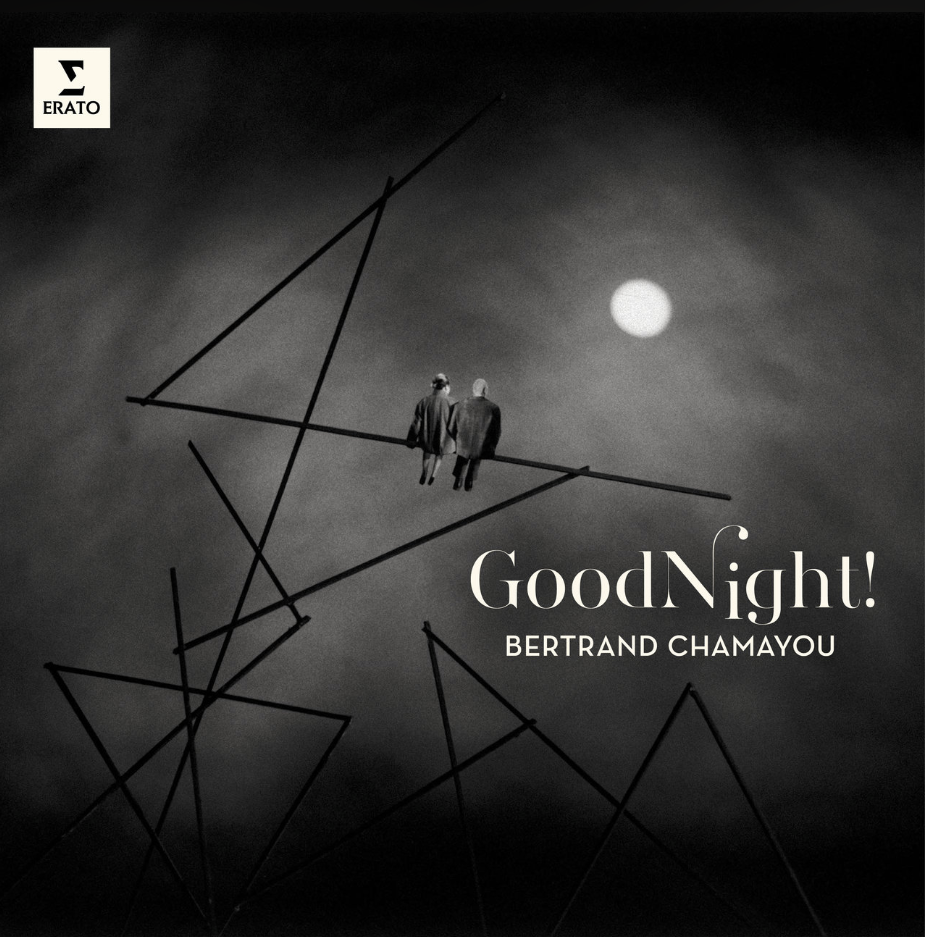 Bertrand Chamayou has been doing some wonderful things in the recording studio of late. In 2019, he gave us Saint-Saëns Piano Concertos Nos. 4 and 5 plus solo works, which ended up scooping Gramophone’s Recording of the Year. He’s also set to release a collection of rarely recorded Saint-Saëns chamber works at the end of this month, for which he has partnered with violinist Renaud Capuçon and cellist Edgar Moreau. But before that, we have Good Night!, a solo recital honouring the lullaby (or the berceuse, to give it its French name).

This is a very different offering to the Saint-Saëns, but the berceuse is equally well-suited to Chamayou’s trademark delicacy and breadth of colour. Its overall mood is every bit as tranquilly nocturnal as you would expect, yet the collection of works is so stylistically diverse that the ear ends up being as stimulated as it is lulled. There’s a similar balancing act to the actual playing, with Chamayou slipping idiomatically into each fresh musical language, while maintaining a dreamlike atmosphere of his own creation, accentuated by the spacious chapel acoustic he’s in. For this month’s playlist, I’ve given you three pieces that sit next to each other on the programme: Liszt’s Wiegenlied or Cradle Song S198 (1881), “A Doll’s Lullaby” from Lyapunov’s 6 Easy Pieces (1914) and Chopin’s Berceuse Op 57 (1844). 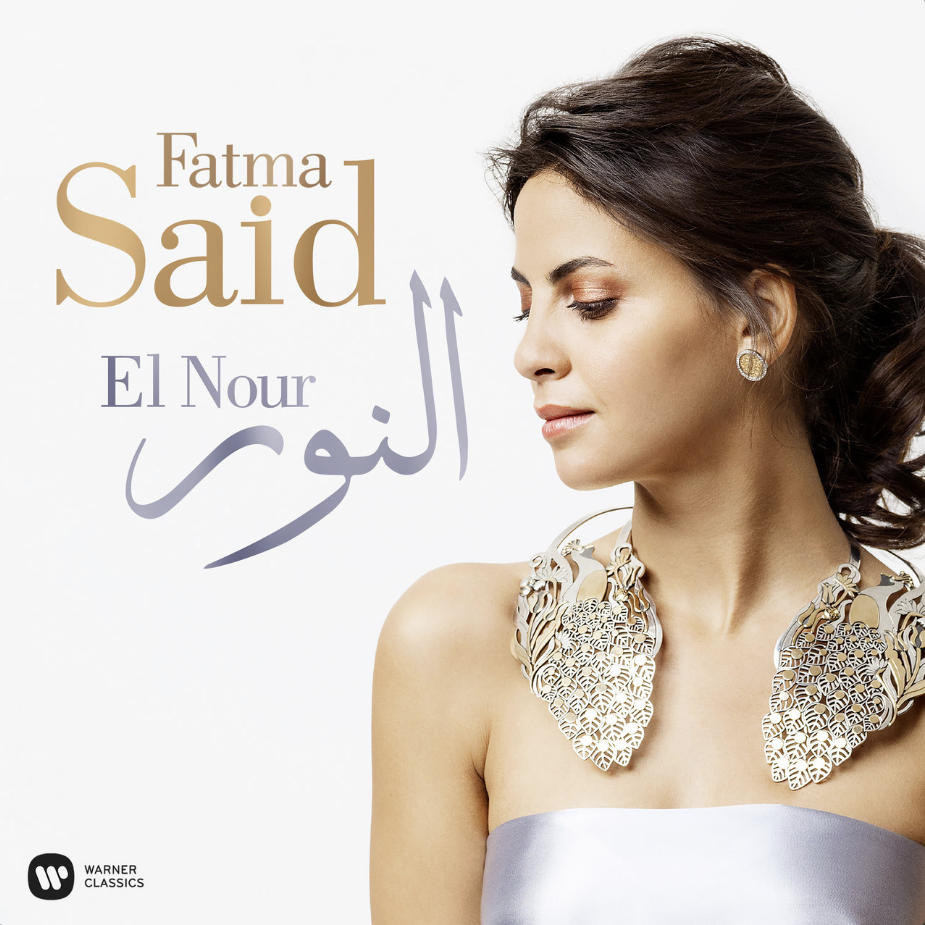 I had the good luck to hear Egyptian soprano Fatma Said last year at a small Berlioz-themed concert at London’s French Institute, and was struck not just by the luminous, clear warmth of her voice in classical repertoire, but also how her vocal delivery subtly and beautifully changed flavour for her encore of an Egyptian folk song, with its Arabic quartertones and embellishments.

El Nour is her debut disc, and it’s a similar story of culture crossings inspired by her homeland: Middle East-inspired art songs by French and Spanish composers, plus art songs by Egyptian composers, combined with Egyptian folk songs and popular songs from the Middle East. The three tracks I’ve chosen for this playlist highlight not just the span of repertoire on display, but the range of superb musicians she’s partnered with for El Nour: Asie from Ravel’s Shéhérazade, accompanied by Malcolm Martineau on piano; Falla’s Tus ojillos negros with guitarist Rafael Aguirre; and her programme-closer of Dawood Hosni’s Sahar Yamama Beida, with Vision String Quartet, pianist Tim Allhoff, percussionist Itamar Doari, double bassist Henning Siverts and kanun player Tamer Pinarbasi.