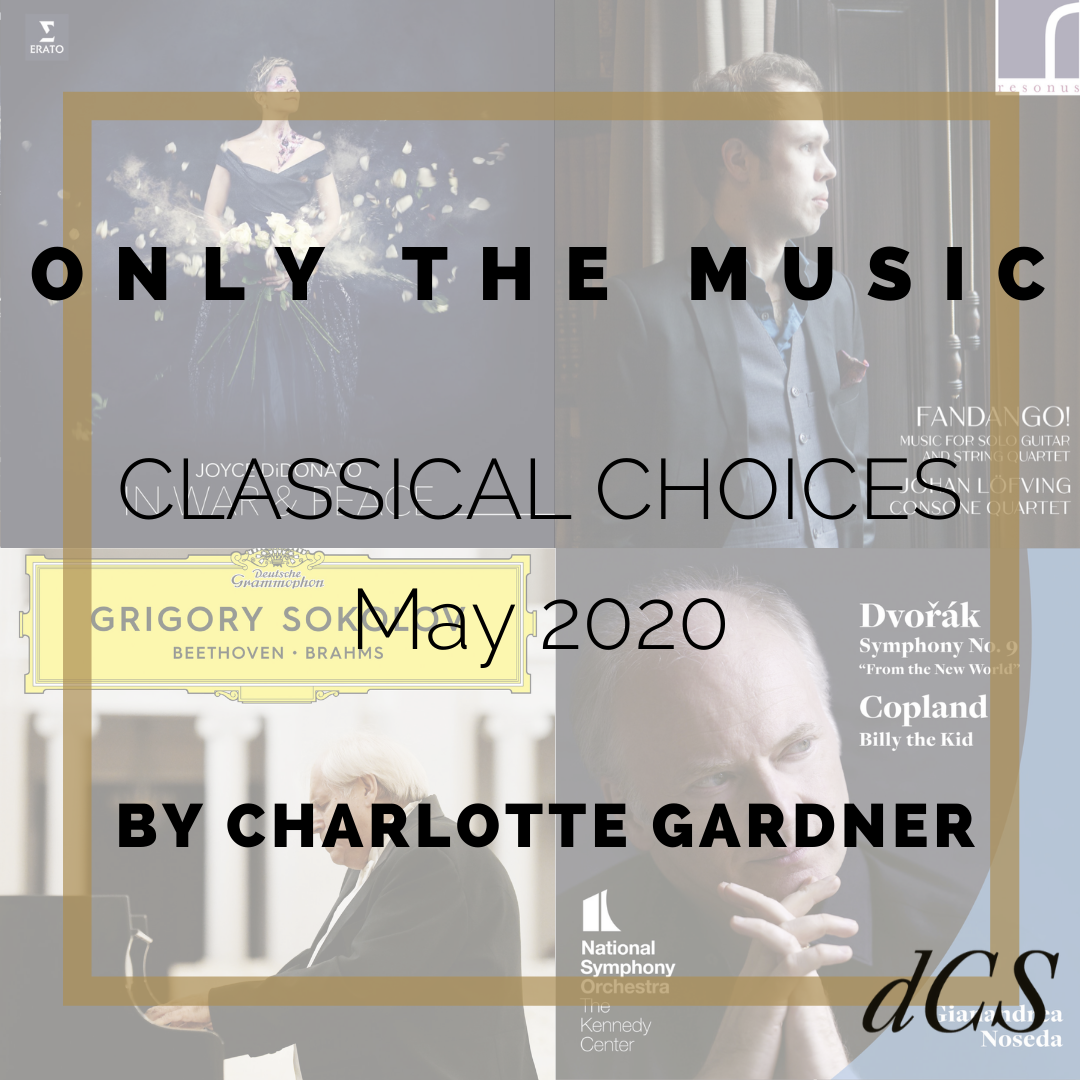 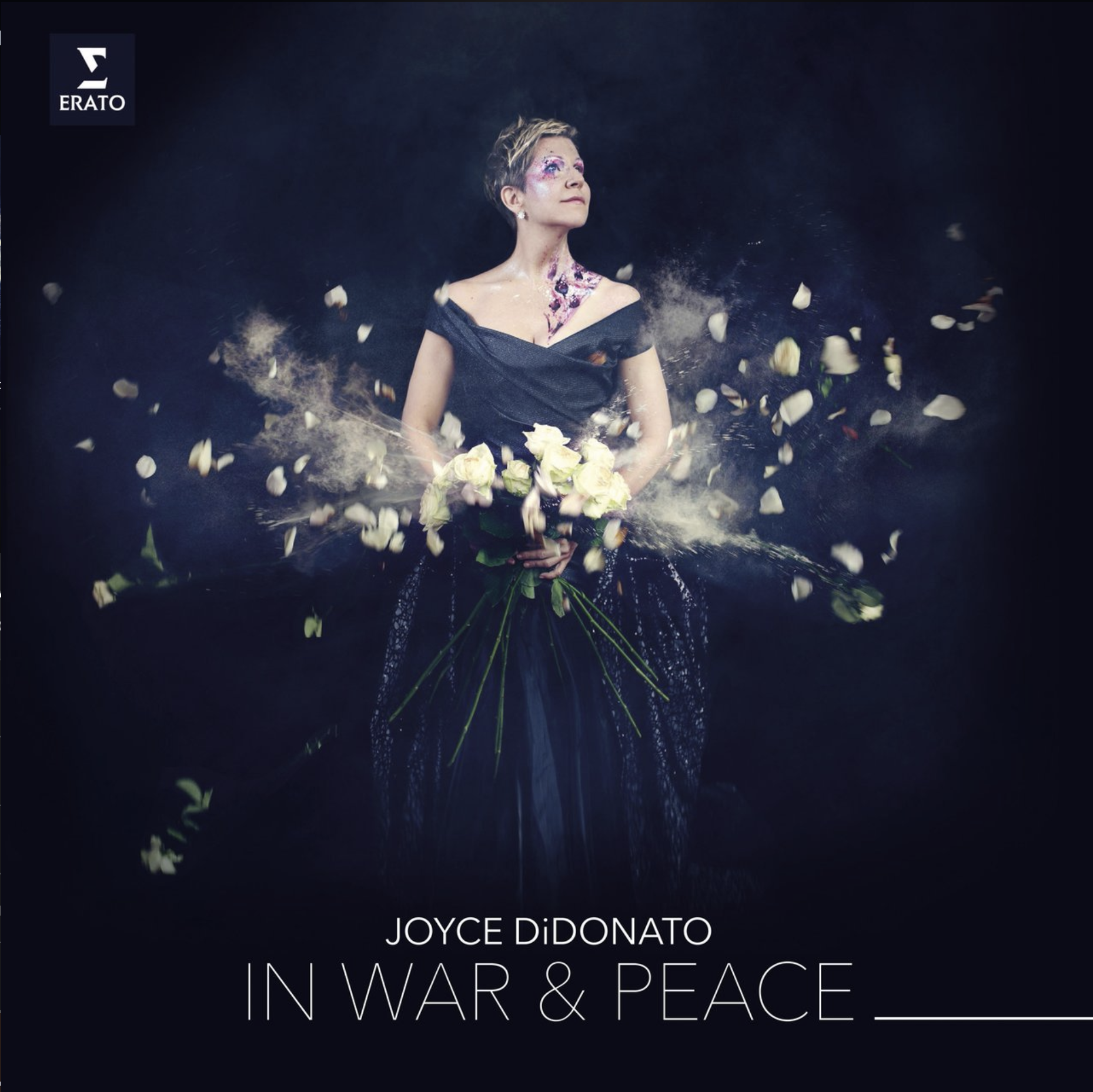 In recent weeks the internet has been flooded with lockdown remote ensemble projects. So much so, that it now has to be something pretty special to override the feelings of fatigue as yet another pops up. However there’s one in particular which has profoundly moved me and lodged in my brain – mezzo soprano Joyce DiDonato singing Handel’s Ombra mai fu with musicians from the Metropolitan Opera, in memory of their violist colleague Vincent Lionti who died in April from Covid complications. So, beyond providing you the link here, I’ve chosen as this month’s “not new” recording another deeply affecting Handel performance from Didonato – “Lascia ch’io pianga” from her 2016 album, in War and Peace.

Mezzo-soprano Joyce DiDonato sings 'Ombra mai fu' with members of the The Metropolitan Opera & MET Orchestra Musicians in a tribute to violist Vincent Lionti, who died in April from coronavirus complications. ❤️

Moving forwards, a live recording of Beethoven and Brahms from luminary Russian pianist Grigory Sokolov is the first of this month’s new releases. This is followed by another live offering and also a record label debut – Washington’s National Symphony Orchestra playing an America-themed programme under the baton of their director Gianandrea Noseda, for their own brand new National Symphony Orchestra label. Then to finish, an absolutely top-drawer solo recording debut from the young Swedish guitarist and theorboist, Johan Löfving. 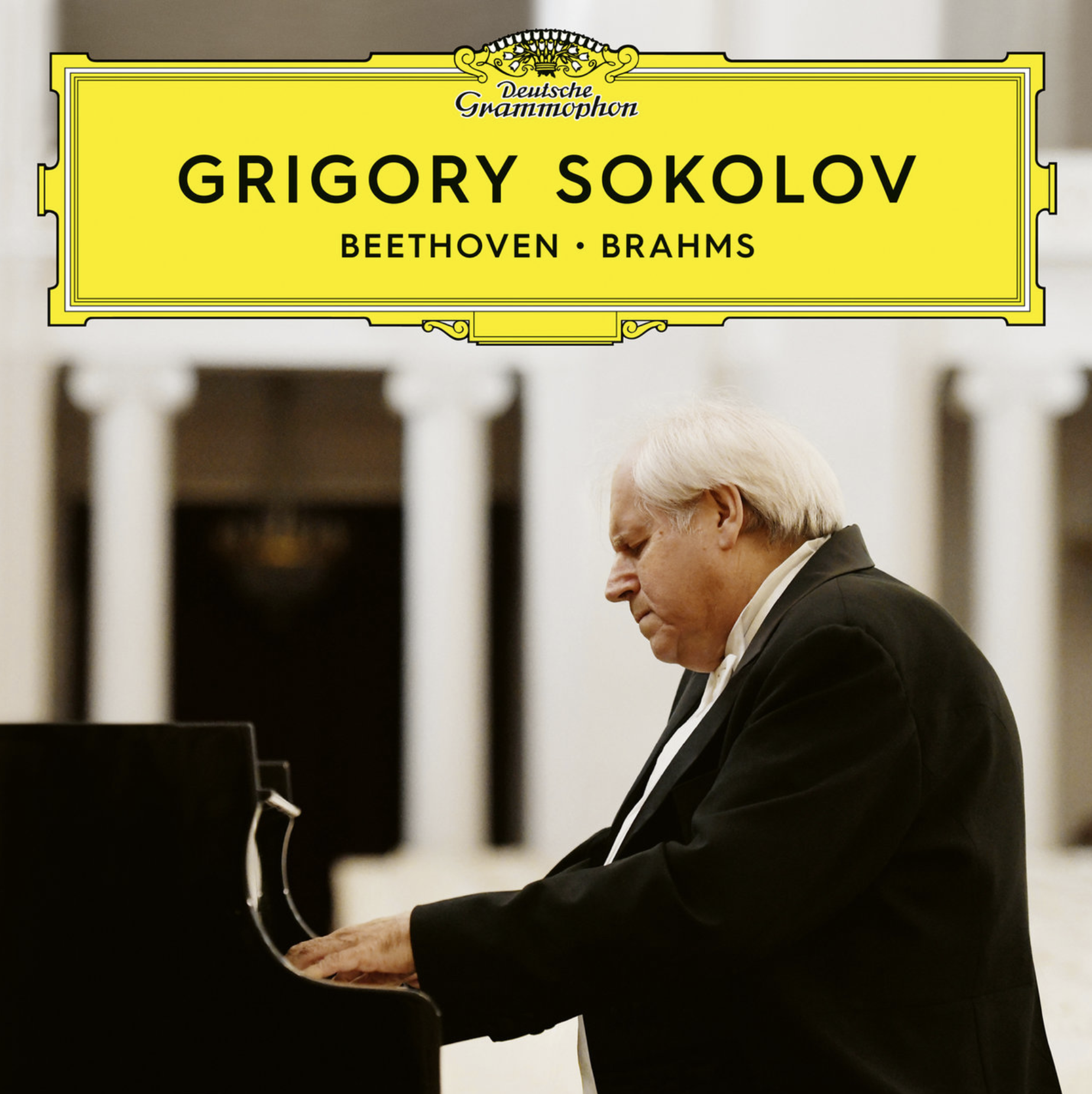 Anyone who has attended a recital by the great Russian pianist Grigory Sokolov will know what a very unique experience it is: an unusually darkened and thus especially hushed hall, the only light being the one over his piano; Sokolov himself barely even acknowledging the audience, absorbed in his instrument alone, with the audience cast as privileged observers; a playing style that’s strikingly beautiful for its deft shaping and delicately pearly touch; then eight encores – always eight, and always unannounced; and while you could be forgiven for thinking that all the above sounds arrogant and off-putting in the extreme, Sokolov is such a quiet physical presence, and genuinely so in communion with his piano, that the reality is that it’s probably as close to a spiritual experience as you’d ever find in a secular concert hall. It also means that a live recording such as this one probably has even more going for it than a studio one. So the good news with this album, taken from three separate 2019 performances, is that you do indeed get some of that hushed, reverent atmosphere, along with some beautifully captured concert hall acoustics. The programme itself opens with Beethoven’s early Piano Sonata No 3, followed by Beethoven’s 11 Bagatelles. Then come Brahms’s six Klavierstücke Op 118 and four Klavierstücke Op 119, after which we get seven encores (I know! Where’s the eighth…?!) ranging from Rameau to Rachmaninov, complete with their applause, which in this instance feels right. I’ve given you the Beethoven sonata plus two of the encores: Rachmaninov’s Prelude No 12 in G sharp minor, and Debussy’s “Des pas sur la neige” (footprints in the snow) from his first book of preludes. 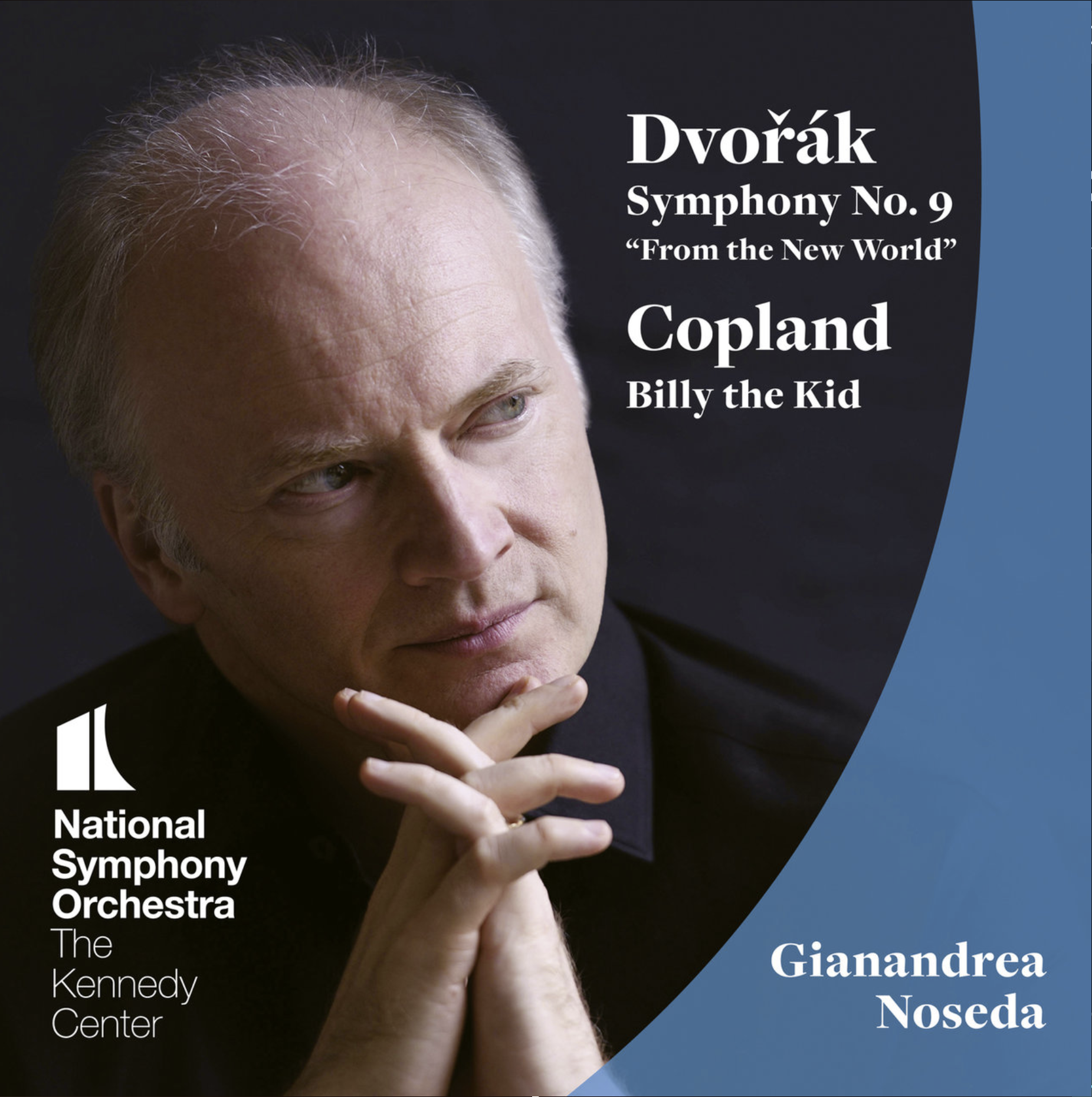 Another live recording of a 2019 performance, this America-themed programme from Gianandrea Noseda and the National Symphony Orchestra was taken at their home base of Washington’s John F. Kennedy Center for the Performing Arts, and marks their debut on their own brand new label. Its programming is highly effective for its partnering of two works which in their own ways stand as a celebration of the longstanding cultural bridges between America and other cultures. First, Billy the Kidd, the 1938 ballet by Aaron Copland – a composer born in Brooklyn to a family with Russian origins, whose gift to his country was the creation of a quintessentially American sound which palpably reflected both its vast, dramatic landscapes, and the culture of its inhabitants. Then Dvořák’s Symphony No 9 “From the New World”, composed in 1893 shortly after the Czech composer had arrived in New York to take up the directorship of the city’s brand new National Conservatory of Music of America, and full of the echoes of the musical inspiration he had discovered there – from American and Native American folk songs to African American spirituals. Again, there’s a nice sense of “real” concert hall space around the polished playing, together with a whole-programme attitude to architecture. I’ve given you the entirety of the Dvořák. 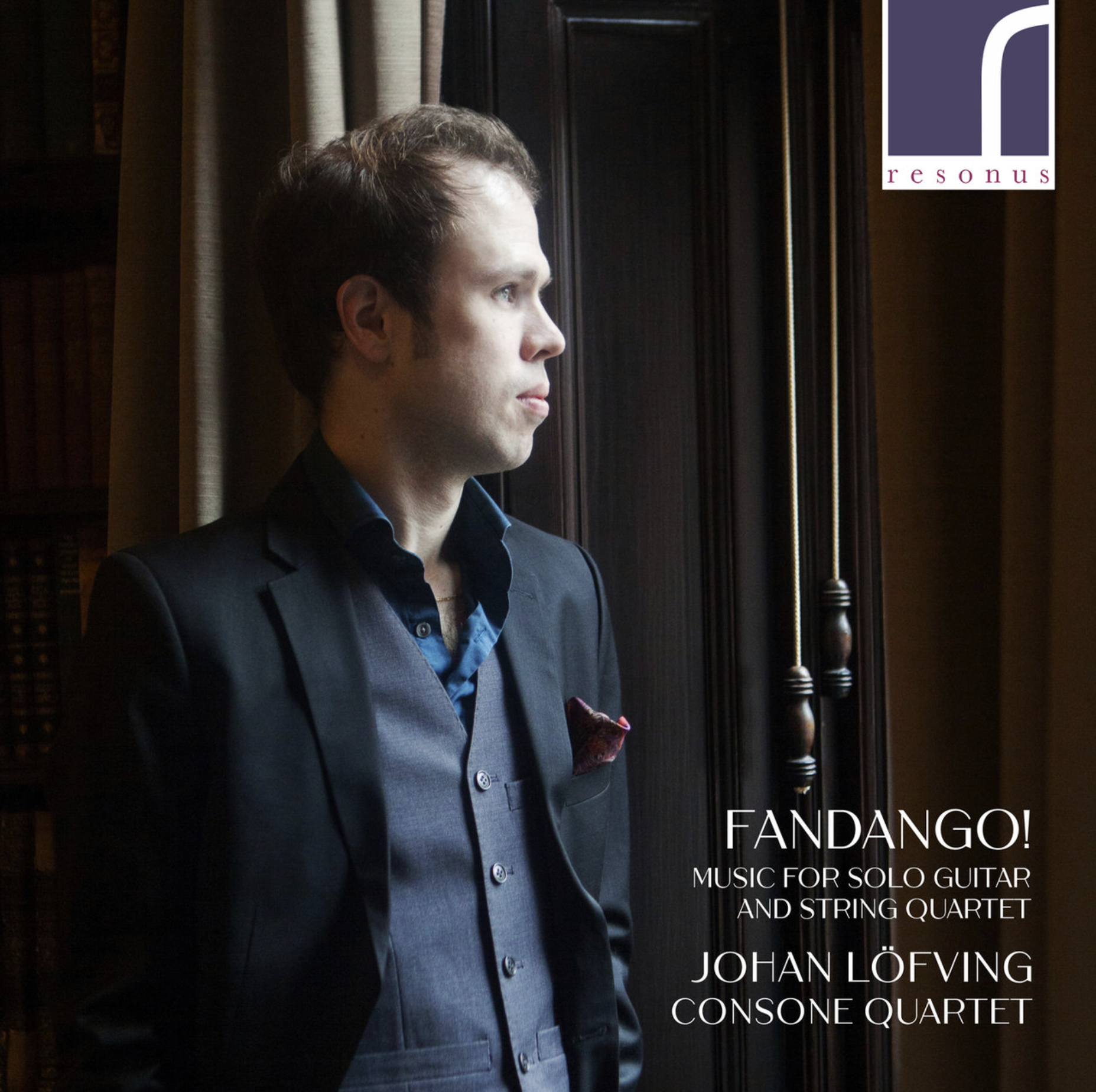 Regular readers might remember me waxing lyrical last year about the period instrument Consone Quartet’s debut album, of Haydn and Mendelssohn string quartets. Now they’ve partnered with Swedish guitarist and theorboist Johan Löfving for his own debut album, recording Boccherini’s Guitar Quintet No 4 to sit as the climax of a beautifully imaginative programme of Romantic guitar repertoire by early nineteenth century guitarist composers from all over Europe, which opens and closes with two fandango movements designed to illustrate the music’s Spanish folk music influences. The guitar quintet itself is a joyful listen – played with palpable pleasure in the music and in each other, its dancing energy served up in exquisitely delicate and tender form, beautifully shaped and shaded, with the whole adding up to a gently ravishing timbral and colouristic feast. The preceding solo recital is no less of a stunner, Löfving drawing out all manner of colours and moods from his own period instrument, a French original dating from around 1850. I’ve given you the Boccherini, preceded by Introduction et Caprice Op 23 by Swiss-born Giulio Regondi (1823-1872).