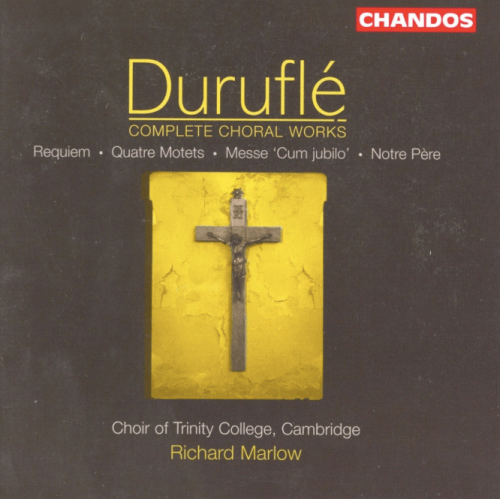 When Notre Dame de Paris suffered its catastrophic fire only shortly after I wrote last month’s column, there was only one theme I could have taken here this month. Partly, because you didn’t have to be French to feel sick to the pit of your stomach as the raging inferno claimed that beautiful, majestic monument which has managed to withstand the French Revolution and two world wars, and seen so much of the best and worst of history, both the grand and the ordinary. Also, though, because Notre Dame was the scene of one of my own most precious musical memories. This took place one summer’s day in the late 1990s as I rehearsed evensong there with my on-tour university chapel choir. That rehearsal was taking place during the hour the cathedral closed for lunch, and aware of how rare it was to have the place all to ourselves, we took turns to go stand in the nave whilst the others continued singing. My turn came during Durufle’s Ubi Caritas, and I’ll never forget hearing that most perfect of French motets float around that extraordinary building’s deepest listening silence. I don’t believe there exists a recording of Ubi Caritas from Notre Dame, so this month’s playlist begins instead with the next best thing. First, Ubi Caritas sung by the mixed-voice choir of Trinity College Cambridge under Steven Marlow. Then – so you can at least be reminded of or introduced to Notre Dame’s jaw-droppingly magnificent acoustic – Bach’s Passacaglia and Fugue in C minor BWV 582, on the brand new Bach album recorded in Notre Dame by its organist Olivier Latry (and incidentally, the cathedral’s grand organ miraculously survived the fire, protected by its position underneath the two towers, so this isn’t the last we’ll hear of it).

Moving on to this month’s three (other) new recordings, these begin with a beautiful first Schubert Lieder album from the young German soprano Anna Lucia Richter. Next we have an emotionally penetrating Shostakovich programme from the Artemis Quartet and pianist Elizabeth Leonskaja. We then conclude with some obscure but delicious eighteenth century Czech fare, in the form of pianist Clare Hammond performing Josef Mysliveček’s complete keyboard works with the Swedish Chamber Orchestra under Nicolas McGegan. Enjoy. 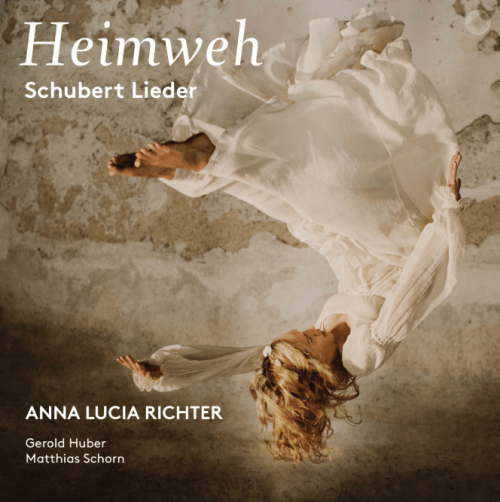 For her first Schubert disc the young German soprano Anna Lucia Richter has chosen to explore some of his Lieder’s youthful heroines, focussing particularly on his Mignon songs which set Goethe’s depictions of a mysterious, vulnerable waif, and the Ellen songs from Scott’s The Lady of the Lake. The resultant album, themed around homesickness and nostalgia, is rather magical: floating, pure-toned simplicity from Richter herself, and immensely sensitive partnering from pianist Gerold Huber. I’ve chosen the programme-opener, which is a gently wistful setting of Goethe’s poem, An den Mond, inspired by the lovesick daughter of an army officer who committed suicide in the icy river near Goethe’s own Weimar cottage (although its innocent tenderness places it in an entirely different emotional world to the weary, bleak snowscape of the Winterreise settings). I’ve then also thrown in one of the Ellen songs, Ave Maria: ridiculously famous to be sure, but the freshness which Richter and Huber have brought to it should nevertheless have you listening to it with entirely new ears. 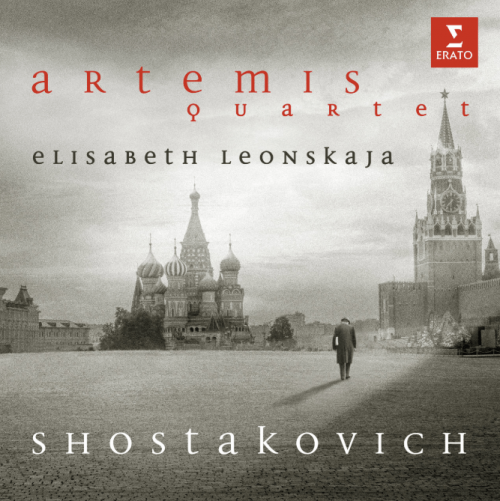 Shostakovich wrote his famous piano quintet in 1940 at the behest of his friends in the Beethoven Quartet, for whom he’d written his First String Quartet of 1938. Unsurprisingly given the timing – Western Europe already at war, and the USSR shortly to be invaded by the Nazi Germany – an atmosphere of darkening clouds hangs over its pared-down, Bach-inspired sound world. However it also contains immense strength, beauty and light, and all the more so here under the fingertips of the Artemis Quartet and pianist Elisabeth Leonskaja. In fact this is the most exquisite and moving recording I’ve yet heard of it: one in which gentleness, vulnerability and sincerity are more the order of the day than the sharp cynicism and searing pain with which it’s often painted. Take their Scherzo, which far from being spikily ironic sounds more like a delicate and genuine attempt to dance in the face of darkness. Preceding that, there’s the barely-there way in which their limpid-textured fugal Adagio lament begins, each line singing eloquently, and with absolutely consummate chamber musicianship everywhere in the balancing of parts. Sitting either side of the quintet on the Artemis’s programme are equally laudable performances of the fifth and seventh string quartets, but unsurprisingly it’s the quintet I’ve chosen for this playlist. 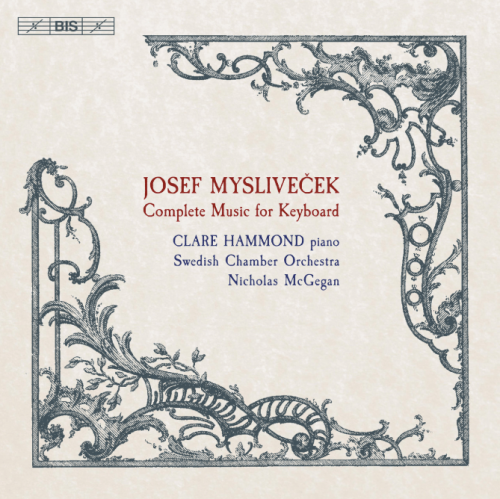 Czech composer Josef Mysliveček (1737-81) spent the majority of his professional life based in Italy, punctuated by three temporary residencies in his native Prague, Vienna and Munich; and whilst these days he’s not a name that regularly trips off the tongue of even most seasoned classical listeners, in his time he was both respected and prolific, especially as a composer of operas, symphonies, concertos and chamber music. As for his keyboard music, this is a much smaller body of work. However it’s all still thoroughly enjoyable, if not of the technical complexity of what his younger friend Mozart was writing. This album presents, solo-repertoire-wise, the six sonatas and a set of divertimenti. It also features his two miniature-length keyboard concertos, both of which probably date from the 1776-1778 period he spent in Munich, and it’s the second of these which sits on this month’s playlist. Mozart made a trip of his own to Munich in 1777, premiering his opera La finta giardiniera, and in a letter to his father he describes Mysliveček’s character as “full of fire, spirit and life”. The second concerto mirrors that personal assessment too, helped in this particular performance by neatly crisp and perky orchestral playing, a lovely soft tone and lyrical phrasing from Clare Hammond on a modern concert grand, and overall a palpably chamber-esque closeness between soloist and orchestra.