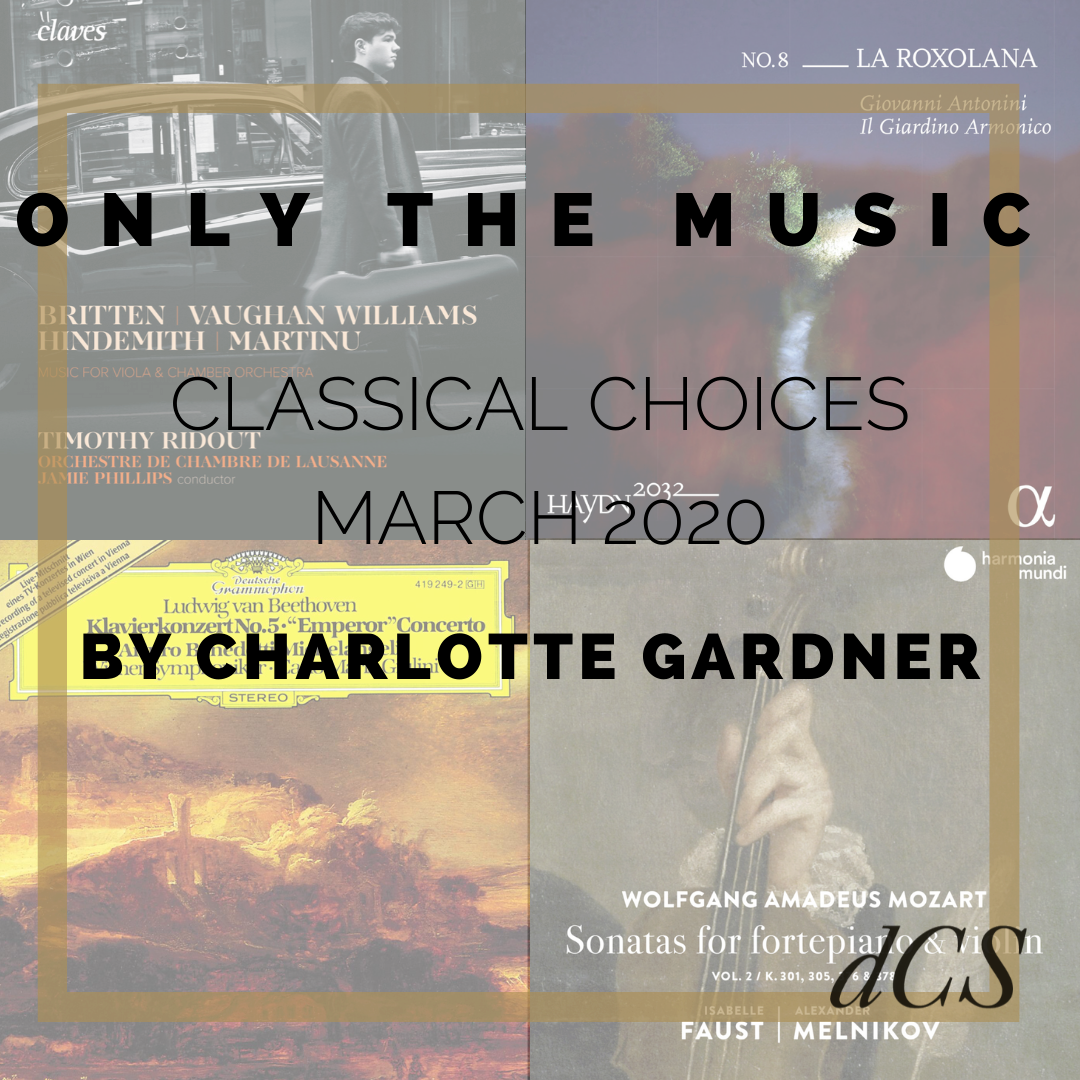 Back in January I promised an above-average proportion of Beethoven on my 2020 playlists, in honour of this 250th anniversary year of his birth. This month I’m keeping to that promise by opening with his “Emperor” Piano Concerto No 5, recorded live in concert in 1979 by Arturo Benedetti Michelangeli, in Vienna’s Musikverein with the Vienna Symphoniker under Carlo Maria Giulini. This is the album I’ve contributed to Deutsche Grammophon’s Cult Classics Beethoven series of film shorts, in which 25 music journalists from around the world champion a favourite DG Beethoven classic recording, so if you want to hear everything I have to say about it then you can find that film either via the record label’s Beethoven2020 website beethoven-playon.com/videos or via YouTube. However, in a nutshell, what makes this recording stand out for me is the freshness of the actual readings, Michelangeli’s personal combination of rhythmic precision and clarity of tone, and the fact that the piano itself is both brimming with its own distinctive character, and a perfect match for Michelangeli’s playing. Plus, it sounds absolutely glorious through the dCS Bartok. 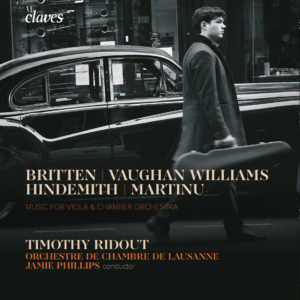 It’s quite an opening gambit to proclaim that rising British viola player Timothy Ridout has a sound of a knock-out clarity, richness and overall quality that only comes around every couple of generations in the viola world. However that’s what I think, and you’ll hear what I mean once you’ve heard even the opening seconds of this first concerto recording from him – his prize for winning the 2019 young artists’ competition at Swiss festival, Sommets Musical de Gstaad. Featuring twentieth century works for viola and chamber orchestra by Vaughan Williams, Martinů, Hindemith and Britten, this is fairly certain to become one of my top recordings of the entire year. Ridout himself shines with that aforementioned gorgeous tone, and a musical maturity far beyond his early-twenties age. Then there’s the rapturous support from Jamie Phillips and the Orchestre de Chambre de Lausanne, Philips deftly bringing out all the scores’ beautiful chamber moments. Plus, all of this is brought out to an achingly lovely degree by the vibrant and polished engineering. I’ve given you the three-strong Group I from Vaughan William’s Suite for Viola and Orchestra. 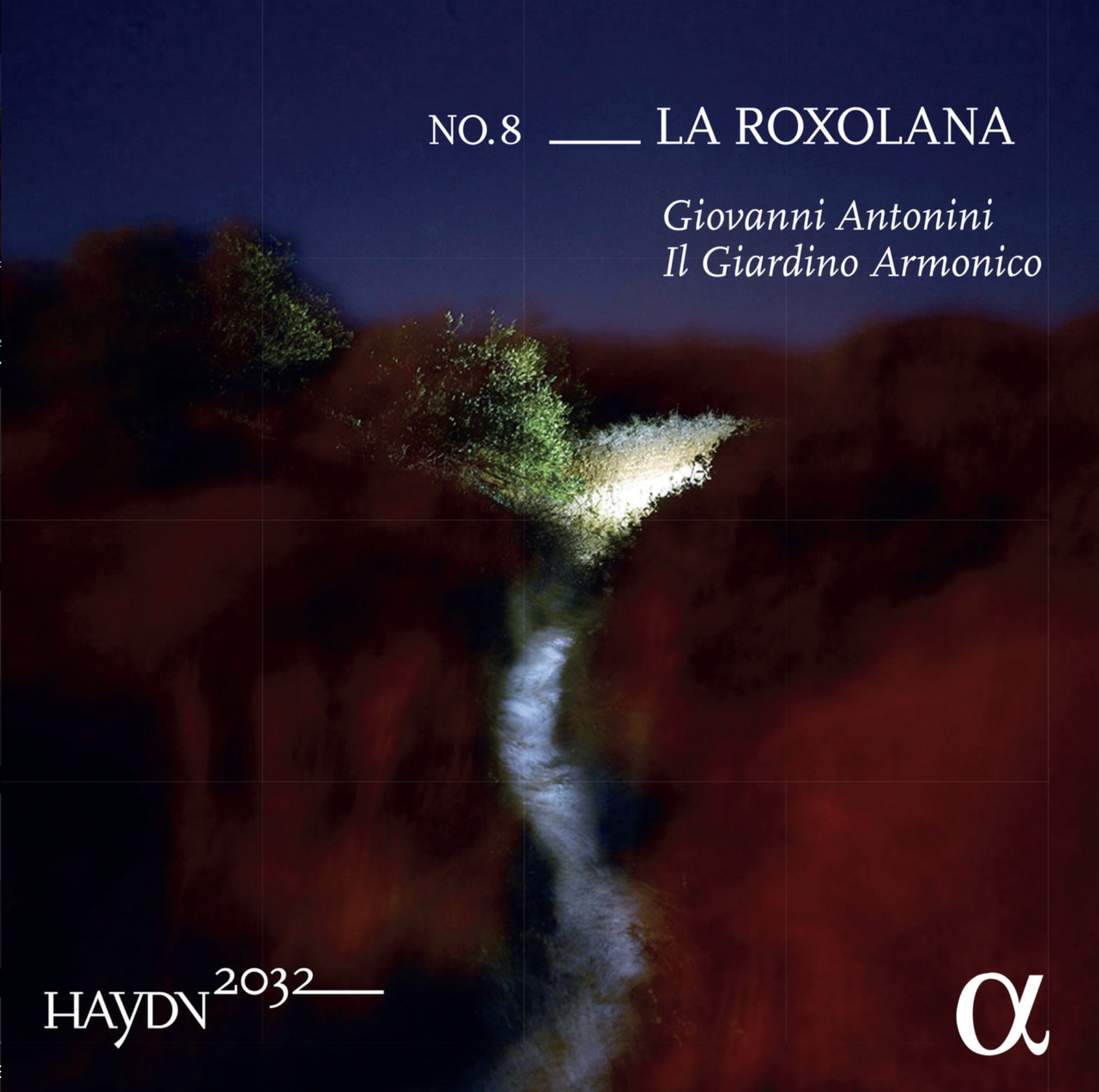 Haydn 2032 is the project between the Josef Haydn Foundation of Basel, Alpha Classics and conductor Giovanni Antonini which aims to have recorded all Haydn’s 107 symphonies before the 300th anniversary of his birth in 2032. I’ve featured the series before on Only the Music, but I’m especially enthusiastic about this eighth installment, for which Antonini leads period ensemble Il Giardino Armonico. Celebrating Haydn’s love for and contact with the folk music of the Habsburg Empire in which he lived, it leads with Symphony No 63 in C major, titled “La Roxolana” after the famous sixteenth-century sultana who was the wife of Suleiman the Magnificent after having been his slave, and also features the “Mercury” Symphony No 43 and Symphony No 28. All three zing with life, but for me the album’s magic ingredient is Antonini’s having chosen to complement the symphonies with two works showing how other composers of the region were also inspired by its folk music: Bartók’s Romanian Folk Dances of 1917, and an anonymous late 17th century sonata for two violins, three violas and basso continuo imitatingthe traditional Hanák music of the Haná region in what is now Moravia. The result is unusually original and exotic-sounding for a Haydn programme, and its various ingredients play superbly and enlighteningly off each other. To demonstrate the success of the juxtapositioning, I’ve given all of Bartók’s Romanian Dances (which absolutely fizz), preceded by the final movement of Symphony No 43, which sits just before them in the actual running order. 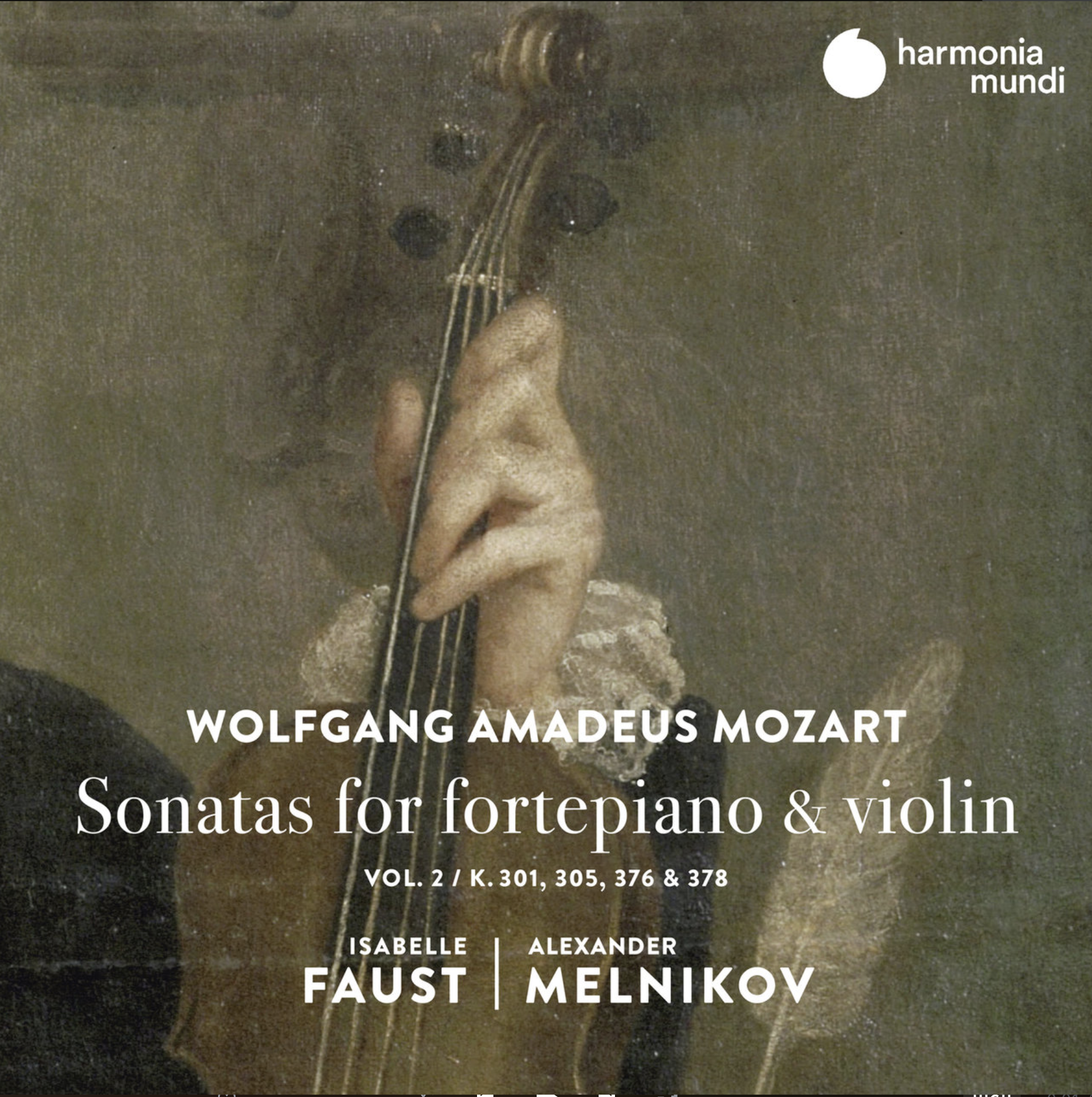 You’d be hard pushed to find a violinist today with more natural Mozart bones than violinist Isabelle Faust. Her Mozart Violin Concertos for Harmonia Mundi won Gramophone Recording of the Year in 2017. Then in 2018 she released a well-received Volume 1 of the violin sonatas with her longtime duo partner, Melnikov. Now here’s Volume 2, and it’s very fine indeed. Recorded with her “Sleeping Beauty” Stradivarius strung with period gut strings, and Melnikov on fortepiano, it’s clearly one which will appeal especially to those who like that slightly more tactile period-forces sound – a stringy earthiness to the violin’s sweetness, against the jewel-like brightness and delicacy of the fortepiano, and overall the especial intimacy that these quieter-than-modern forces bring to the table. However with the gossamer delicacy of their passagework, their range of colour, attack and dynamics, and the fact that as ever they’re as one in both musical thought and technical execution, it should also be well capable of wooing those who normally prefer their Mozart on modern metal strings and concert grand. I’ve chosen their programme-opening Sonata in F major K376 for you here.